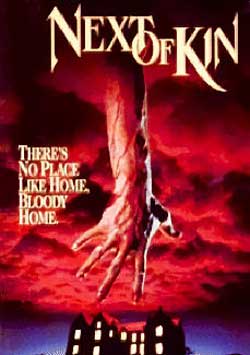 In a rest home for elderly people, a daughter reads her mother’s diary. Soon events that are mentioned in the mother’s diary begin to happen to the daughter.

Have you ever noticed how, in nearly every horror film ever made, there is a recurring them of ignorance? Or, to put it bluntly, someone not listening to the sage advice of another, clearly much wiser, character, even though we, the audience, know it to be true?

This either falls into the category of:
A) the wise old prospector telling those pesky kids not to play around in that haunted abattoir or
B) our protagonist trying to explain to everyone else that there is ‘something fishy going on in this house…’
And of course, there is always going to be something fishy going on. This is horror after all, it’s to be expected. But take a minute to consider one fairly radical idea.

…what if there actually wasn’t anything going on?

All right, so it’s not the most revolutionary idea in the world, but it’s a very good starting point. All of the best horror films have an element of ambiguity.  And that is not a generalized sweeping statement, look at any list of great horror films and you will always find the true greats such as The Haunting or The Innocents in the top 10.  What makes Next of Kin different and, dare I say, so very intriguing, is how very sane our hero appears to be.

Linda, a wonderfully conservative girl who shares far less with the audience than she does with her boyfriend, has recently acquired an old folks home, handed down to her in her mothers’ will. In a welcome change, it is made only vaguely apparent that she is unsure what to do with it, making her character fiendishly difficult to establish. Her boyfriend, Barney, is a typically fun-loving and playful type whom she seems happy with, but not blissfully so.

She is also very good with her work colleagues and the pensioners staying at the home. They all seem to respect her, yet there are constant hints that they don’t particularly like her. She is efficient in her job, yet only when it suits her. She wears alternatively bright and dark clothes, but never grey. With a graceful skip, she manages to dodge even the very definition of ambiguity! 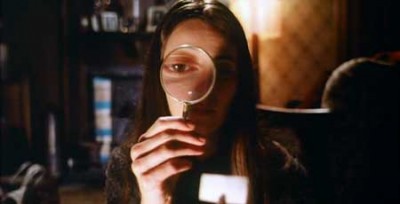 What makes all of this fascinating, when you think about it, is how ordinary a person Linda is. Nothing about her is remarkable or distinctive, something the very attractive Jacki Kerin must have worked hard at to convey in her character. So, naturally, when odd things begin to happen at the old folks home, there should be little doubt in our minds that they are actually happening and not occurring solely in her head.

Doors appear to open of their own accord, taps are left running and sounds of people walking about in the night are heard. And the delicious irony of it all is that this is almost exactly what it must be like living in a densely populated old folks home!

The director, Tony Williams, exercises a true gift in manipulating his audience into thinking a certain way. We empathise with Linda, and a certain excitable part of us wants to believe what she believes so fiercely. Yet, there is so little evidence to back up any such sinister claims of a murderer in the halls and overwhelming evidence to contradict it. It is about as convincing coming from her as the claim from you, the reader, that there is someone hiding in your closet… 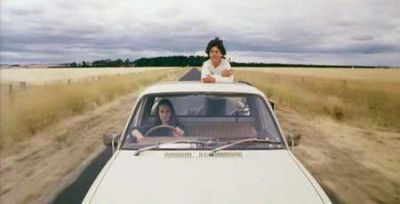 …and yet, I’ll bet you’re just itching to look now, aren’t you?

This sense of disbelief is conveyed through some brave technical choices. The most notable of these occurs in the first instance of real horror. When IT occurs, the film eschews horror tradition by refusing to include rapid cuts and alarming music. Instead, the camera simply pans slowly over IT, complete silence reverberating through the bathroom as IT gets worse in a way that feels skin-crawlingly real.

The reason IT gets under your skin is because it isn’t schlock, nor is it particularly unusual. Yet it is unsettling, and it is for that reason that we can understand Linda’s anxiety. At another point, she sees a man watching her and Barney from a distance, something which occurs more than once. Is it the same man? Is he following her? How long has he been watching? These questions, again, quite naturally cause paranoia, much like the unjustified paranoia you felt when you spared a quick glance at your closet earlier. 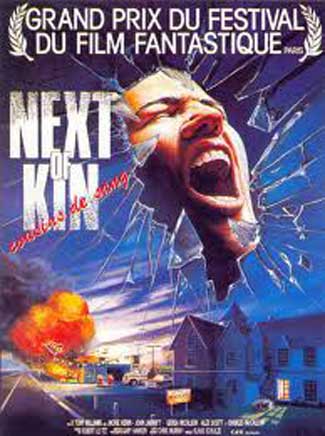 The only unfortunate aspect of Next of Kin is that it doesn’t pull it all together in a satisfying way. It remains ambiguous, and impressively so, with a good deal of elbow room left for interpretation. Yet it fails to come across as a great mystery left unsolved, and more like one of millions of unsolved Rubik’s cubes.

There is very little in the way of consequences for anyone and, instead of one pulsating question to us to ponder over, our attention is erratically divided among dozens of smaller, itchy little questions, like a bad case of the measles.

Depending on how well you deal with being kept in the dark, this could be an uncovered masterpiece or a forgettable exercise of undeniably impressive direction. Irritation with the ending rises in direct proportion of how invested you are in the film as a whole, which really is a most unfortunate ultimatum. 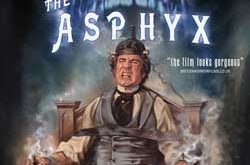