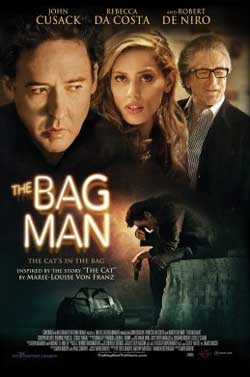 A criminal bides his time at a seedy motel, waiting for his boss after killing several men and making away with a mystery bag.

Don’t let the fact that The Bag Man stars Robert De Niro and John Cusack fool you into thinking that this is going to be a decent movie, because it isn’t. The title alone sounded lame, but I decided to be fair and give the film an honest shot – sadly, however, it did not deliver. What was amazing about The Bag Man though was how it managed to be filled with twists and turns, and yet still be boring to watch. To be perfectly frank, this movie was a complete and utter mess. And what was going on with Robert De Niro’s hair, I have no idea! 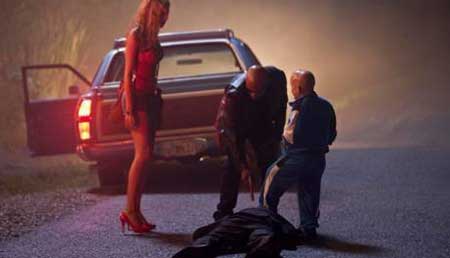 Basically, the story begins with Dragna (De Niro) requesting the help of assassin, Jack (Cusack), to retrieve a bag and wait in a specific motel room until he arrives to collect it. Oh and another thing, Jack is told that under no circumstances is he allowed to look inside the bag. What proceeds is a seemingly random sequence of events with an odd collection of individuals who just so happen to be staying in the same motel that night. There’s a severely paranoid disabled guy, a black pimp with an eyepatch, a mean Serbian dwarf and a wandering prostitute in a blue wig who claims to be from Israel. Were they trying to get a representative demographic? Because they’re slightly off! Jack ends up befriending the prostitute, Rivka, and saving her from the pimp and dwarf, who are trying to attack her. But it is unsure throughout the film whether her character is perhaps more involved than we think, as she appears to be rather too curious about what Jack is up to. Jack seems to kill every person which he encounters that night, and the two of them eventually end up at the police station at one point, before the grand finale when, at last, Dragna arrives to collect the bag. 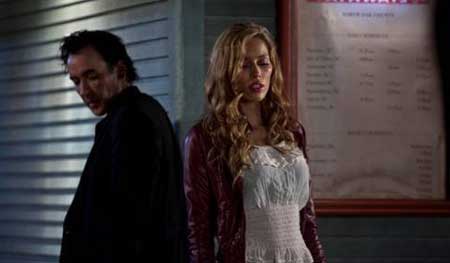 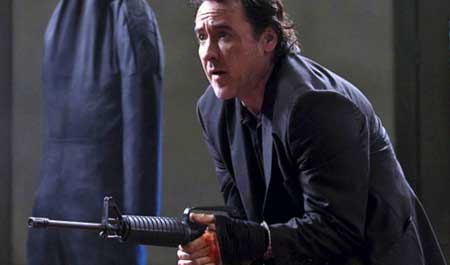 The Bag Man’s plotline was literally all over the place, and it definitely thought that it was a lot cleverer than it actually was. The problem is that we’ve seen thrillers like this before, and the whole atmosphere that was trying to be evoked (emphasis on the word trying) was taken straight from a 1930’s film noir, yet the latter did it a lot better. There is even an essence of Tarantino in The Bag Man, but again, it was sloppily done and nowhere near as enjoyable to watch. I was reminded a little bit of Richard Kelly’s The Box whilst watching, but at least that one remembered its central theme and stuck with it, despite all of the crazy events that occurred. And there was also a hint of Psycho, with a lone creepy guy running a motel – he even remarks upon the fact that his mother is dead at one point. 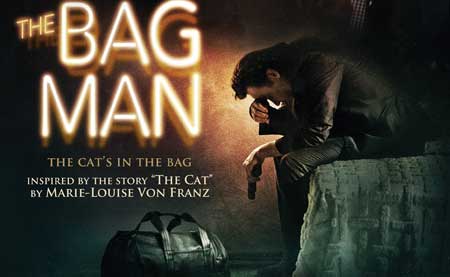 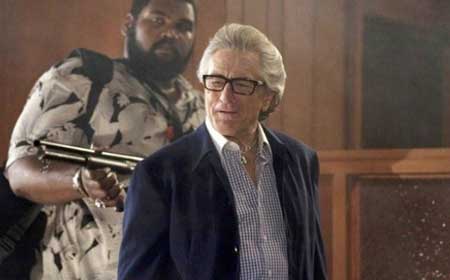 There are just too many distractions from what is supposed to be the main focus of the film – the bag! It got to a point where I don’t even care what’s in the damn, precious bag anymore. Jack and Rivka’s uneasy relationship quickly becomes the main interest, leaving any thoughts of the bag far behind. A lot of the complications that end up happening are because of her, and the whole ‘damsel in distress’ thing quickly becomes annoying. Similarly, Jack’s character is not really likeable and way too paranoid about everything. He’s suspicious of everyone around him, killing most of them, and this is precisely the opposite of what a guy trying to keep incognito would do. 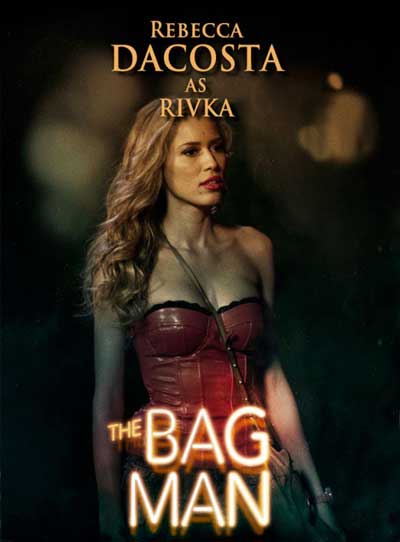 Following on from this, a lot of the actions that happen are not even logical and don’t make sense. Dragna’s reasons for setting up this whole thing are fairly absurd. Why would Jack concern himself about some random prostitute when he’s in the middle of an important job? Why did he then ask Dragna what’s in the bag at the end, when Rivka had just told him that she’d looked? A whole bunch of questions like this distracted me from the film itself and was a real turn off. It turns out that this is actually actor, David Grovic’s, first ever writing and directing experience, which goes some way to explain why the quality is so poor. Although, reviews for The Bag Man have been a mixed bag, with many claiming it to be thoroughly entertaining, captivating and creative. But I think that if you’ve seen as many movies as I have, this film will not impress you. 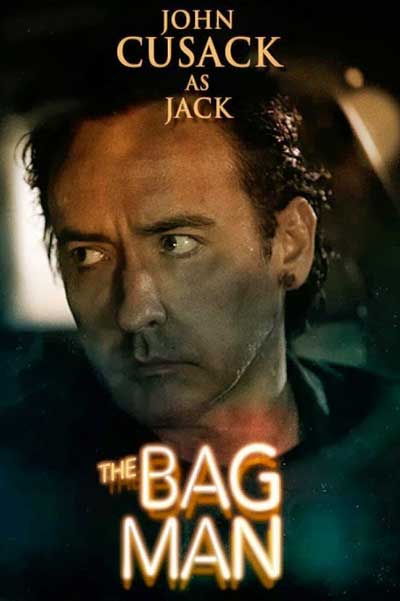 So unfortunately, I have to say that I do not recommend The Bag Man – not unless you wish to see a movie that makes you want to tear your hair out! None of the actors do their best work, the story is awful and the whole thing is pretty nonsensical really. It doesn’t reach the ‘dark and brooding’ tone that was being strived for, and therefore just falls flat on its face.

And the so-called twist ending, now that’s a real jaw dropper. Not. Maybe it would have been if they hadn’t spent the entire movie working up to it!