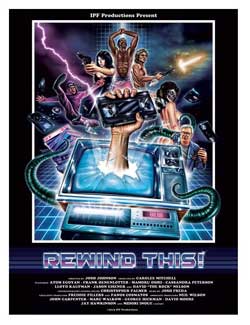 Home video changed the world. The cultural and historical impact of the VHS tape was enormous. This film traces the ripples of that impact by examining the myriad aspects of society that were altered by the creation of videotape.

Way back in the late 80’s I was an employee at (what was then) the biggest video rental/purchase store in NYC – RKO Video. Located on the corner of 49th & Broadway, it was 2 massive floors chock a block full of the latest VHS/Betamax tapes available both for purchase or rental. I can still remember the buzz we used to get when new shipments would arrive & we had to create displays featuring all of these pristine boxes of cinematic goodness (or, if you prefer, badness). 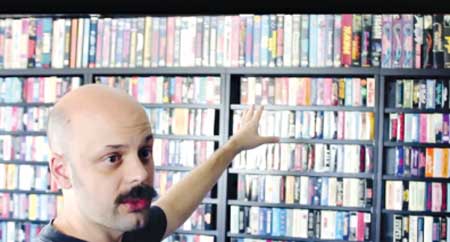 Back then the price of a new film on tape would range from $79.99 – $120.00 and while that might sound absolutely loco to you right now, back then the store was always packed with people purchasing films & accessories. Price didn’t matter, it was all about the novelty of being able to watch a film in the comfort of your living room. A film that you could control – didn’t like a particular scene? Fast forward past it. Wanted to see a scene all over again? Rewind it, you had total control of whatever you were watching. There really wasn’t anything like it before and once this particular Pandora’s box was opened…there was no turning back. Director Josh Johnson’s “Rewind This!” is a loving reflection of how the whole movement began, how popular it eventually became, it’s eventual demise & the refusal of hard core devotees of the format to ever let it die. 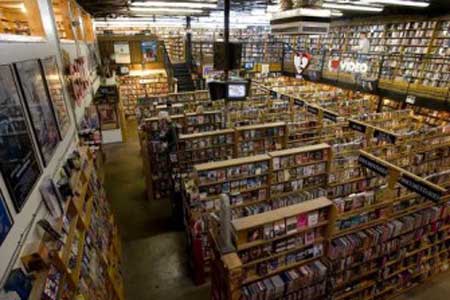 The movie opens with some really grainy footage of one of the aforementioned devotees rummaging through flea market tables stacked with used videotapes. He describes how most of the time he finds the same tapes everywhere he looks (the Titanic 2pk is wherever he goes) but every once in a while his incessant searching nets him a diamond in the rough. A film that he’s either been looking for a long time or something he never expected to find. A good portion of “Rewind This!” features interviews with people like this, hardcore fans of the format who have tape collections that number into the thousands. A few of them have collections so big that they had to devote entire rooms to house them and are still looking to add to their tally. 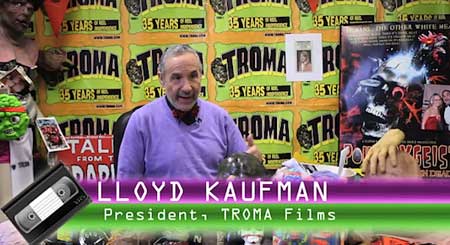 During interviews with these collectors there are snippets of some “So bad they’re good” films that are near & dear to them and while it’s fun to revisit some of these scenes the film seems to focus on them a bit to much at the outset and I wondered exactly where it was all headed but, much to my relief, Johnson steers the narrative towards the history of VHS and how it became such a worldwide phenomenon. Through interviews with people like director Jason Eisner (Hobo With A Shotgun, Producer/Director Charles Band, author Frederick Wasser & others we’re told of how VHS became the preferred format over Betamax (despite the fact that beta tapes featured far better picture quality) & a how a very smart gentleman named Andre Ray basically invented the whole culture of buying/renting videotapes when he had a thought about what size tape could accommodate the size of a full length movie. His idea made him a millionaire many times over. 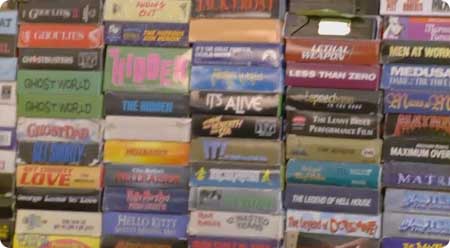 The social/cultural implications of the videotape boom is also a topic for discussion here. As the industry grew bigger, more product became necessary to fill up store shelves and this led to a glut of new distribution companies entering the fray with a plethora of titles that were of dubious quality (of course the majority of these were horror/sci-fi titles). And I can attest to having dealt with people looking down at a title called “Zombie Blood Bath“, at least in public they did! But there were a hell of a lot more titles like this available when compared to say…”The Godfather“. The emergence of p*rnography on tape changed the whole idea of men sitting in filthy little theatres wearing long coats as they shall we say…manipulated certain parts of their bodies. Now they could perform all of that manipulation in the privacy of their own living rooms! This totally upended the p*rn film industry since it was a hell of a lot cheaper to record some hirsute men/women getting freaky on videotape rather than on film. I firmly believe that the rise of p*rn on videotape signaled the end of the fabulous p*rn theaters that were the anchor of New York’s famous Times Square (not that I ever visited those emporiums of filth & degradation…). 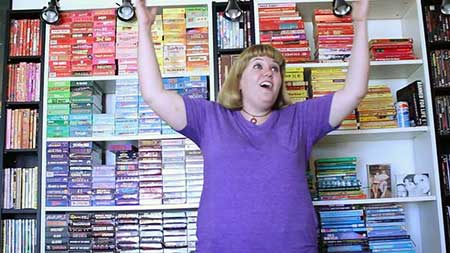 While it might sound odd one of the issues that I had with the film is it’s prevalence of interviews with collectors. Kinda odd since the film is a celebration of the art of collecting videotapes but after awhile their stories began to repeat themselves and they really added nothing new to the mix. After all, you can only listen to someone discussing their methods of storing their tapes for so long. I found the interviews with people involved in the industry far more interesting & detailed but there is an interview with a maniac named David “The Rock” Nelson that’s pretty hilarious. He’s seemingly certifiable but has made a living making his own movies with titles like “Conrad Brooks vs. The Werewolf” & “Brain Robbers From Outer Space” and selling them at conventions around the world. A true original, Nelson has an infectious “Can do” spirit that illustrates the adventurousness and joy behind “Rewind This!“.

There’s far too much content on “Rewind This” to discuss in the space allotted to me here, suffice it to say that if you have any interest at all in the history of the pre-recorded videotape then here my friends is your mecca. There is so much information here to indulge in that you’ll think you know it all when you’re done BUT there are nearly 2 hours of extras included on the DVD that somehow go even further into the phenomenon. Although it gets a little slow & repetitive at times, there’s way too much goodness here to not be fascinated & entertained for more than a few hours. And who knows? It might inspire you to dig in your attic for those old VHS tapes that you packed away years ago. It certainly made me look for some of my old tapes and I was amazed at what I dug up.