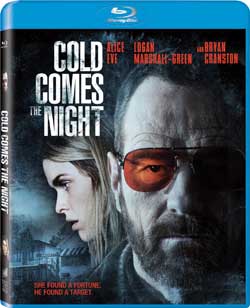 A struggling motel owner and her daughter are taken hostage by a nearly blind career criminal to be his eyes as he attempts to retrieve his cash package from a crooked cop.

This one could have easily bore the title, Cold is the Cranston, as our favorite new dark persona Bryan Cranston stars in a tense thriller by the name of “Cold Comes the Night”

The “Heisenberg” days may be behind us, but films like this are a reminder that actor Bryan Cranston is here to stay as a formidable bad guy ready to take on roles he once only imagined. Cranston plays the role of Russian criminal Topo who is in mid transit of an important package delivery. Alice Eve stars as Chloe, a struggling mother who is just trying to make ends meet as the manager of a run down motel known for frequenting call girls. When the state social worker informs her that her daughter Sophia (Ursula Parker) is in being considered for foster care until Chloe can find an appropriate place of living, things become tense.

Chloe tries to make the best of her situation knowing full well that something will need to give soon to keep her daughter out of the state mandated living requirements. If that wasn’t enough, she is quickly introduced to bad man Topo who confronts her about a missing vehicle that was seized when his partner was murdered. Topo determined to get the package that hidden in the car enlists Chloe to retrieve it (now held at gun point). Chloe quickly rises to the occasion while plotting her own twist on the situation. 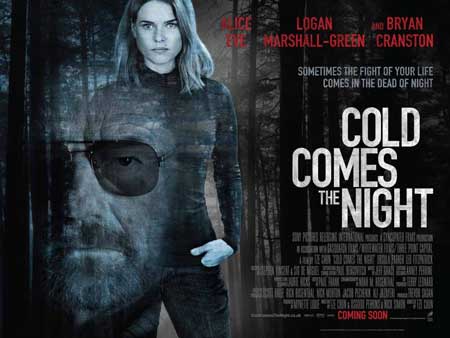 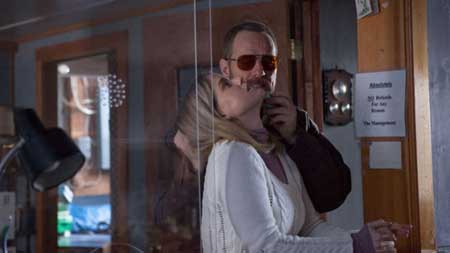 From here we get into the flow of this film which is primarily set up as a crime drama (that reminded a bit of the series “Bates Motel”). Cranston is able to differentiate his Heisenberg look by the use of a Russian accent. That picture of him on the cover wearing shades is how Topo appears through out the whole film. This is partially explained indirectly per Topo’s fading eyesight which is called out in the first act. Topo plays it hard making threats and eventually coming to the surface as a quick-to-shoot bad guy. The plot gets focused on the prize of the loot even bringing Chloe into the picture as a contender. While Topo is the primary antagonist here, it is law-man Billy (Logan Marshall-Green) who is revealed to be the surprise antagonist offsetting the assumptions of this movie. Did I find it entraining? yes…..it’s a good thriller despite its slow drags here and there. 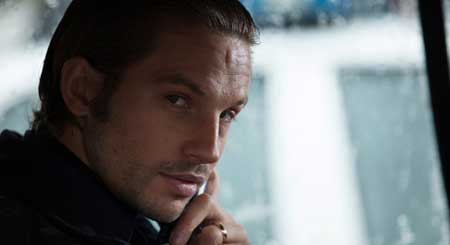 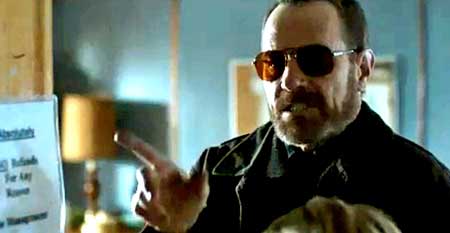 The film is an obvious lower budget production that keeps its frills to a minimum. Though with that said, it needs no frills by concentrating on its script and drama to keep us engaged. There are moments that reminded me of films from the noir genre that rely on technique of suspense over action. The small town approach kept it very “Twin Peaks” feeling with its slow unveiling of local corruption and hard times. Where we were left with holes, such as Topo’s history and back story, seemed more deliberate than anything. Topo is our mystery character just traveling thru that gets caught up in the darkness of this little town. The movie was filmed in various portions of New York outskirts keeping true to the gray nature of this story. 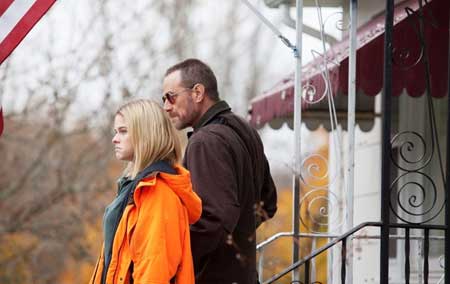 The film itself will get scrutiny itself however I looked more to this as a breakaway for Bryan Cranston from the “Breaking Bad” club starting to take on more starring roles as the antihero we’ve come to love. I’m really hoping that Cranston does embrace his new stereotype for what it is as we all enjoy watching him. The film also appears to have shot right on the tail end of Breaking Bad’s final season shoot.

Fans looking for crime thrillers should be more than satisfied with “Cold Comes the Night”,….. for better or worse. 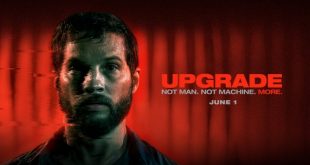