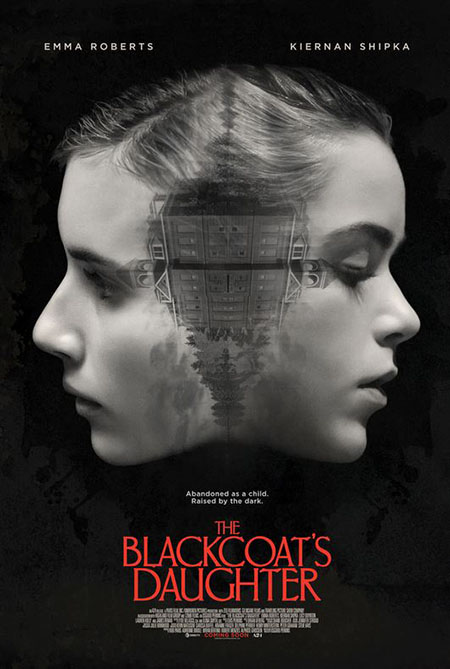 Two girls left alone at a boarding school over a holiday break. A series of strange events begin to unfold around them. Elsewhere a third girl journeys with a family back in the direction of the growing danger.
REVIEW:

At the time of writing this it’s been nearly a year and a half for this film to be given a wide American distribution. A significant festival favorite, it found itself subject to numerous release stops and starts. Oz Perkins’ second movie can already be found on Netflix, and this one can be found in the United Kingdom on Netflix, but it will finally be released in America the 16th of February. Some of the hesitation is understandable its nonlinear nature can appear disorienting. It’s the unorthodox storytelling that makes it rise well above many recent attempts to blend the art film world with the horror world. 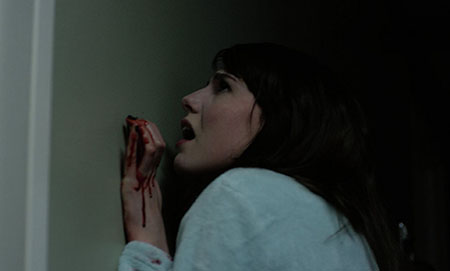 The Blackcoat’s Daughter is not for all horror fans. Forced to describe it in a single phrase it would be, “a possession film in the style David Lynch.” It slowly builds a horrifying world, not on any promise of outside danger, no zombies or masked killers but of the loneliness that comes from adolescence. It asks you invest in the interior confusions of the female protagonists and their quietly building dread. Every moment is purposeful, every interaction intense. The acting is done with a subtle fury which lends to every piece of dialogue feeling heightened. When there is violence, due to the lived in organic feel to the world, it erupts. 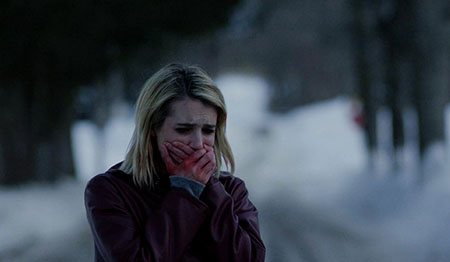 The film begins with Kat played by Kiernan Shipka of Mad Men fame slowly walking holding her father’s hand. We only see him from the neck down. He will continue to be a vague representation of repressed memories rather than an active player in the film. They walk hand in hand to the blurred wreck of a car, stark against the white snow it is surrounded by. She wakes up from this dream and walks to her calendar where it is only one more day before her parents are to pick her up from the Catholic boarding school she is staying. The movie will continue to have a breathy, dreamlike quality to it. It often revisits tiny moments to make the viewer question their placement within a linear structure.

Kat is told by the head of the school that her parents haven’t arrived to pick her up and that she’ll be staying at the school over the break with one other girl. Kiernan Shipka’s performance is a standout; she delivers every line with a mumbling creepy assuredness, like she’s being coached by a devilish unseen hand. The camera catches her staring off and smiling at shadows or laughing with an invisible friend.  The fact that there is limited explanation for her breakdown adds to the tension of the situation.

The school itself is unremarkable, a typically drab building. The winter grays and dulled palette of the production are especially depressing when paired with subject matter. A visual case of seasonal affected disorder. 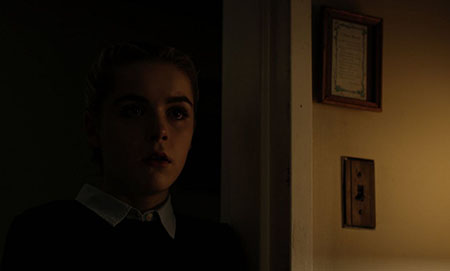 The second of the three female leads is Rose a girl older than Kat but also staying at the school over the holidays. Unlike Kat, she lied and told her parents to pick her up later in the week so that she could tell her boyfriend she was pregnant. Rose is the audiences grounding rod, her problems and motivations far clearer, she is put off by Kat’s bizarre behavior but doesn’t dwell on it, having her own problems of being a pregnant teenager.

Joan introduced a fourth of the way in and portrayed by Emma Roberts, may be the most mysterious. While the other two girls are shown as being a part of the school environment, Joan arrives from a train station. She seems tired and disoriented a medical bracelet in her handbag. Due to the lack of exposition her scenes contain the most tension, especially when paired off with James Remar playing a helpful father who offers her a ride. Both play these simmering unknown quantities perfectly.
Aside from performances, the soundtrack is a compliment to the muted grayness of the world. Oz’s brother Elvis Perkins adds a nervous staccato violin theme to raise the level of suspense in various key moments. A droning beat drives the action forward. 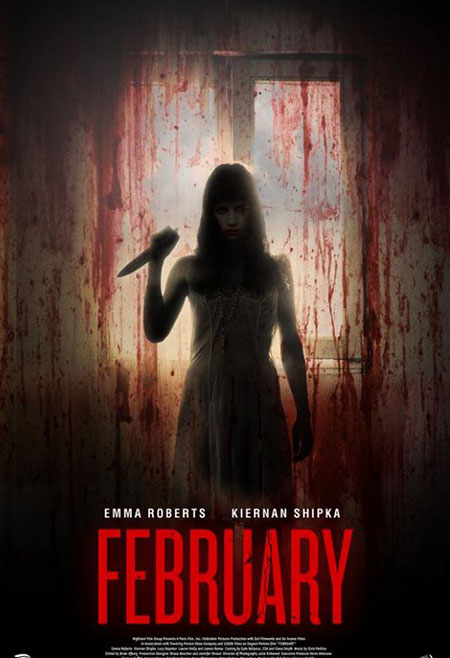 The Blackcoat’s Daughter, or February, is another great example of what can be done with craftsmanship and vision. Oz may have picked up some of this wisdom from his father Anthony Perkins. It was a long journey from creation to a wide release in America and the wait was worth it. 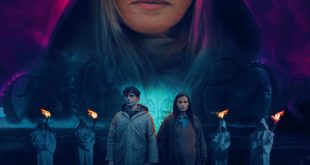 Gruesome Guide to the Top 8 Horror Movies for February 2021 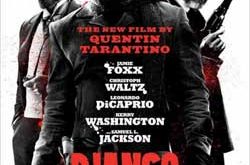 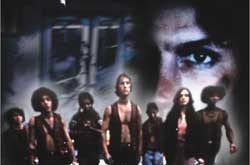