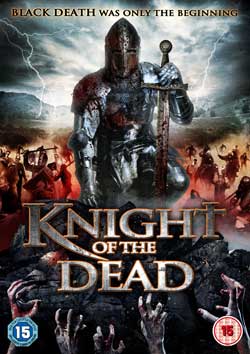 Hunted by raiders, a band of crusading knights escort the holy grail through a valley of black death where they must hack and slash their way to freedom.

Knight of the Dead, honestly I would have thought that it wouldn’t have taken almost 50 years to make this bad pun into a movie. The question remains, is it going to live up the name that it so clearly ripped off, or does it deserved to be laid to rest with the of the “of the dead” movies.
The film’s opening is sadly one of the best parts of this film. It opens with a creepy voice over informing us that the year is 1349 and a great plague has ravaged Great Britain (even though the movie was shot outside of Snowdonia North Wales), as this monologue is going on we are treated to some computerized 3d renderings of some famous paintings about the bubonic plague. 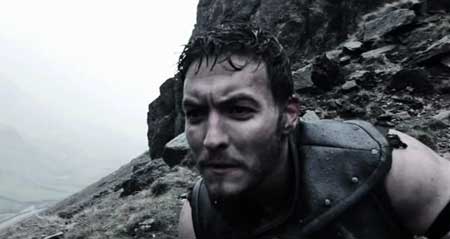 Then we are quickly introduced to a group of travelers, we find out that four of the five are the “knights”, Bjorn, Anzo, Gabriel and Raphael, who are protecting a priest, Leuthar, and the relic he receives in the first couple of minutes. As half the group went to help the priest retrieve the relic, the other half kept watch, coming across a damsel in distress. They help her, by killing her attacker, as his partner runs away; he declares that he will have his vengeance on the heroes. The group comes back together and head onward with their quest. Then they are attacked by a group of identical looking bandits, led by the man who swore vengeance. The heroes fight their way forward, coming to the opening of a cavern with some dead bodies posted on the outside, they go in, and the bandits stop following. This is the last we see of them for a good while.

They come across the first zombie in the cavern, and Bjorn is bitten and carried out to the cursed valley where he is attacked again and finally killed. Someone steals the knight’s food, leading them on a chase. They end up catching the thief who ends up being a witch a by the name of, Badriyah. She tells them that she will help them escape from the valley as long as they take her with them. They agree and are taken back to her hiding place, as the mist in the valley separates to show a horde of zombies. This is where the movie gets pretty ridiculous, once the night falls, the last three knights go out and “keep watch” over the house, which translates into running into the valley and attacking the zombies head on. This doesn’t end well for any of the knights to say the least, but during these scenes, we get to find out what the relic is that the priest as been carrying, he has been given the cup of Christ, or the Holy Grail. And someone was a fan of the Indiana Jones movie’s since the grail looks awfully familiar to the one in that movie. 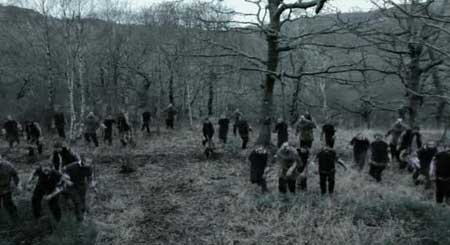 So now it’s down to the priest and witch to try and make it out of the valley, but wait here comes the bad guys again to make the movie a little longer. All three factions, the good guys, the bad guys, and the zombies, all fight amongst one in the finally fight scene that really isn’t that satisfying.

I don’t know where to start with what is wrong with this movie; I guess I should start from the beginning, and that being the name. I really don’t want to get into the semantics too much with the title, but they never show the warriors being knighted, and even if they were they never once wear any piece of armor, which might be more historically correct, but isn’t what the average person would think of when they hear the word knight. Even if you look at the awesome box art for this movie, it shows a knight in full armor, this is just misleading. Next is with the way the title reads, being the knight, singular, is amongst the dead, since he is of the dead, not knights fighting the dead.

Next is the big inconsistency with the zombies, one time you can just slash their chest with a sword and they go down, the next time they have to be completely beheaded for them to stay down. Also some are fast and some are slow, it just seems like forgot what their lore was while shooting the film. They only way I could convince myself that would have all this make sense is if the fast easy to kill zombies are just infected with the plague and dying, while the slow must be beheaded zombies are ones that had died and come back. Either way this just makes the film feel sloppy.
The last thing was the fact that the bandits feel thrown in only to make a short film into a full length feature. If they would have taken them out all together from this film, it wouldn’t have taken away anything from the already questionable plot. 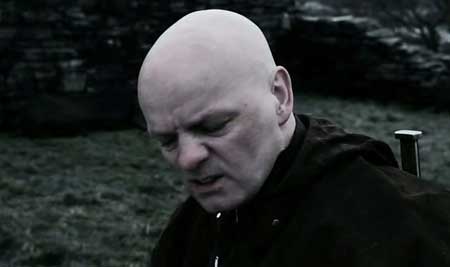 After watching this film I have more questions than I do answers, and that’s only a good feeling if the movie was meant to play out that way, this one was not. I say go and look at the DVD’s cover art, but unless you’re a glutton for punishment, don’t go any farther. 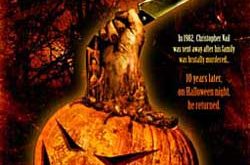 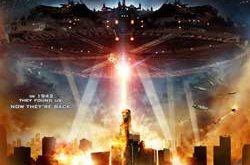