With the new GODZILLA film preparing to stomp into theaters the giant lizard and other assorted giant monsters are going to be big business and studios are wasting no time lining up the big guys to make home video debuts on Blu-ray and tonight I’ve got a couple biggies for you.

First up lets get fired up for GODZILLA VS. KING KONG.

When an underhanded pharmaceutical company goes to a remote tropical island to steal King Kong for advertising purposes, they get more than they bargained for when the gigantic ape attacks an unsuspecting village and an enormous octopus. Meanwhile, far below the sea, a submarine crew unleashes reptilian terror when they melt a block of ice and release the ferocious Godzilla from his icy lair. When both destructive monsters descend on Tokyo, it’s a fight that holds the future of mankind in the balance in this knock-out film that was the first theatrical release to bring its larger-than-life contenders to the big screen in glorious color. 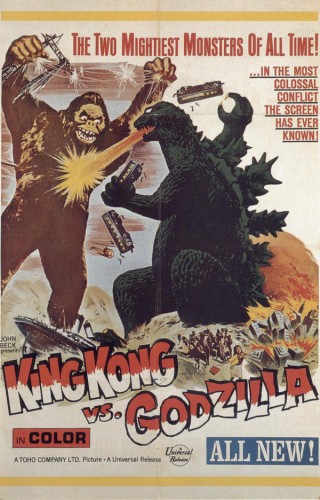 The second release will bring KING KONG back for an encore performance in KING KONG ESCAPES.

King Kong, having fallen in love with the beautiful Lt. Susan Watson (Linda Miller), is kidnapped from his Mondo Island home by the evil Dr. Hu (Eisei Amamoto) to dig for precious gems in a mine when the robot MechaKong is unable to complete the task. Soon, though, the machine and the real Kong engage in a tremendous battle that threatens to level Japan. 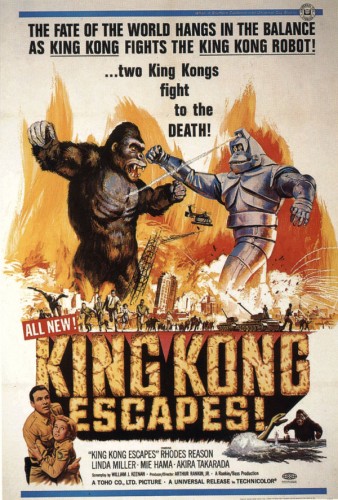 UNIVERSAL STUDIOS HOME ENTERTAINMENT is bringing these babies home on April 1st. No special feature, just the flicks but the good news is, they are going to be inexpensive. Although no price was announced rumor has it they will be less than $15. 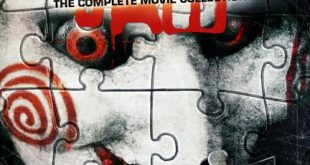