Home | ‘Ghoulies’ And ‘Ghoulies 2’ Heading To Blu Via Scream Factory

A couple of 80’s (dare I say) classics are heading our way from those fine folks at Scream Factory.

‘Ghoulies’ and ‘Ghoulies 2’ both from the demented mind of Charles Band will be getting the Blu-ray treatment at some point next year.  Nothing confirmed at this point other than the fact the the releases will be occurring.

Since it’s Scream Factory you know they’ll be top notch releases though.  If you are not familiar with these little numbers – here’s a quick breakdown of the films:

The original came out in 1984 and the brief synopsis is”

“A young man and his girlfriend move into an man’s old mansion home, where he becomes possessed by a need to control ancient demons.”

‘Ghoulies 2 came out 4 years later and went like this:

“…a short time after the first movie, a few of the little nasties stow away on an amusement park ride and bring big bucks to a dying fair. The creatures are mad after an attempt to kill them, so the creatures go on a rampage through the fairgrounds, ultimately leading to an explosive conclusion!”

I’ll get the details to you as soon as Scream Factory sends them along! 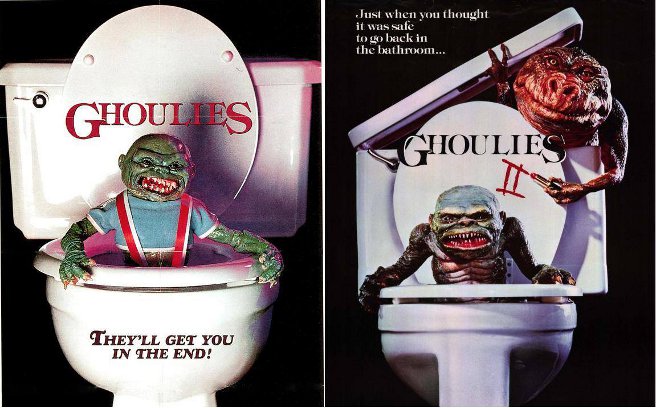