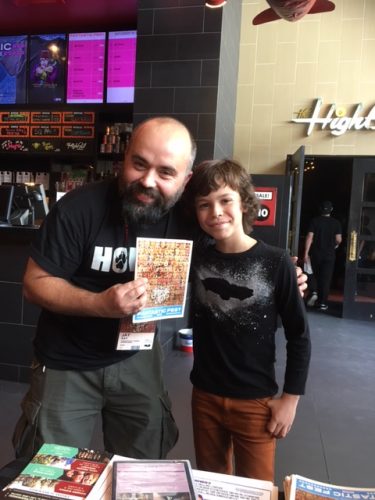 With Horror Happens Radio rising from the dead on Halloween this year, the Rondo Nominated Horror talk radio program with over 1100 chats and guests will play three near 60 minute panels from the September Indy HorrorHound Show. Part of the four hour live radio program (3-7 PM EST) on HomeGrownRadioNJ via the TuneIn App, the lineup will feature panel discussions from the dark corners of horror plus a share of tricks & treats!

The program will kick off with a pair panel discussions that feature two of television’s best series over the last decade with the Sons of Anarchy and Bates Motel. Jay Kay is joined by Actors Mitch Pileggi (Darby) and Ryan Hurst (Opie) who not only talk SOA but Wes Craven, family lineage, villains and more in front of the HorrorHound crowd! Jay Kay is then joined by the Actors from the Hitchcock adaption of Bates Motel. Talking adapting Psycho, character development, being a fan, method and more, we talk with Actors Nestor Carbonell (Sheriff Romero), Max Thieriot (Dylan) and Brooke Smith (Sheriff Greene). 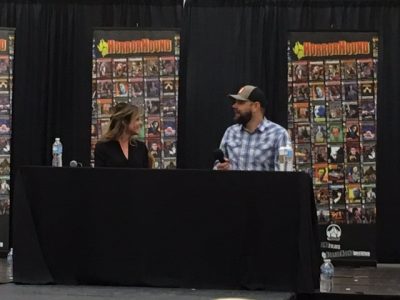 The final panel discusses arguably one of the most terrifying, thrilling and truly frightening horror films of all-time. Jay Kay is joined by two of The Strangers. Playing the panel from HorrorHound Weekend, we listen to Actors Kip Weeks and Laura Margolis discuss behind the scenes, character motivation, scaring Liv Tyler and more! These three panels are joined by three additional chats from HorrorHound Weekend and Fantastic Fest! They include Actor Ethan Embry talking The Devil’s Candy, Actor Zackary Arthur (in his first audio interview) talking Mom and Dad and discussing with the 40th Anniversary restoration of Suspiria from Synapse with Don May Jr.

Listen live if you dare every Tuesday from 3-7 PM EST on HomeGrownRadioNJ!