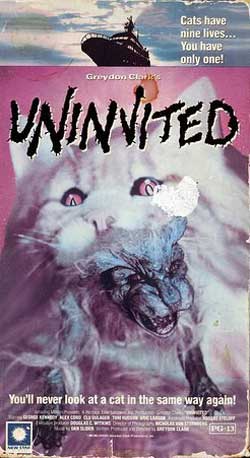 A cute little kitty with a killer mutant living inside of it hitches a ride on a private yacht and goes about killing anyone who pisses it off.

I have always loved cats (my wife and I have two) and when I first heard of this movie back in the late 80’s I knew that I had to see it because I thought that it sounded kickass. How could you go wrong with a killer cat running around tearing people to shreds? I saw it on USA network one Saturday night (remember when they used to show horror movies on the weekends?) when I was 13 or so and I absolutely loved it. My wife actually got me a copy of it on DVD this year for Christmas and I have to say that it still holds up quite well and I enjoyed it as much when I watched it last night as I did that first time around.

Some people may think that having a cat as the evil killer animal is a little farfetched but I disagree. During my lifetime I have seen horror films that have featured such unlikely killer animals such as pigs, frogs, and even llamas running around terrorizing people so I don’t think that the idea of a cat doing the same is that bizarre.

The thing is though, the cat from this movie really isn’t evil and only kills though that mistreat it or are just assholes in general (at first anyway though it starts going after everyone toward the end once its food supply is cut off and he get hungry) so I found myself rooting for him and enjoyed watching him take people out left and right. He’s as brutal as he is cute and cuddly, and to be honest I wouldn’t mind having a cat like him around in case someone broke in or something as he would make one hell of a guard cat! 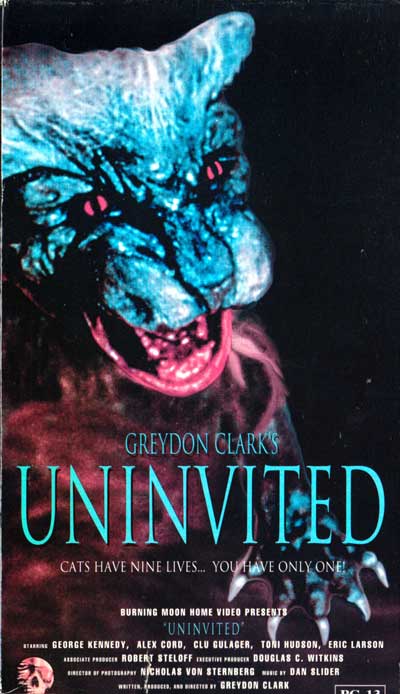 In addition to just being a badass in general with a little monster that shoots out of his mouth to take care of business when he is threatened the cat is also poisonous and his bite means an incredibly painful death to his victims. I know, I know, the idea of a poisonous cat sounds kooky as hell on paper but trust me when I say it works. I thought that the idea was different and I have to give props to writer/director Greydon Clark for coming up with it as it really is original. 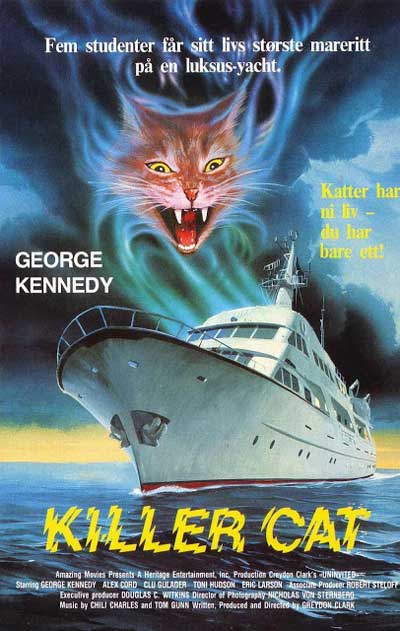 So how did the cat end up being a poisonous little guy with a mutant cat monster inside of him I’m sure you are wondering? Because some dickheads in a lab experimented on him, but thankfully some of these pricks get what is coming to them when they try to recapture the cat after he escapes during the opening scene (if you couldn’t tell I am a huge animal person and am against any kind of testing or experimenting on them at all). One of the best (and unintentionally funny) scenes that take place in regard to the cat being poisonous involves the him biting one the characters that then starts screaming “I’ve got the poison in my blood! I’ve got the poison in my blood!” over and over again before committing suicide by jumping overboard. 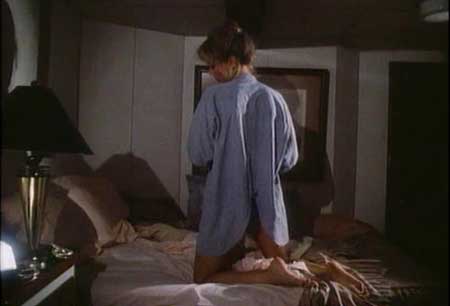 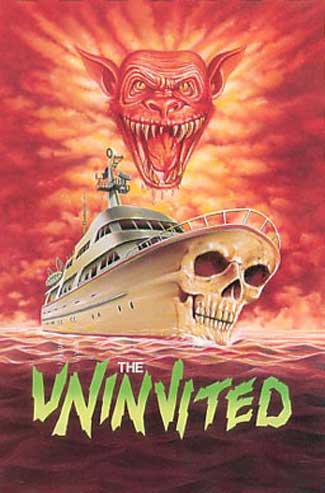 I also thought that the cast was pretty impressive as well as it is made up of several people who were already established or ones that went on to bigger things. George Kennedy (of The Naked Gun films) plays a total asshole (which seemed weird to me as I was used to seeing him as a nice, kindly old fellow in his other movies) and genre legend Clu Gulager shows up briefly at one point to be fodder for the cat. A young Rob Estes (who my wife apparently has a huge thing for as she was pretty much drooling every time he was on camera) is also present years before his Silk Stalkings and Melrose Place days, and Toni Hudson (who appeared in Texas Chainsaw Massacre III) is also along for the ride as well and does an excellent job in the role of Rachel, the likable ship captain and final girl. 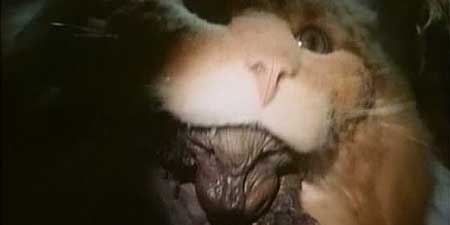 I love Uninvited and think that it is just a fun little movie. I know that a lot of people think that it is terrible and if you look up other reviews for it online they are less than positive, but I have to disagree. I’ve seen a lot of really crappy “animals gone amuck” movies in my day, but if you ask me this is not one of them for a number of reasons. Check it out if you get the chance, you may be surprised by how much you like it.