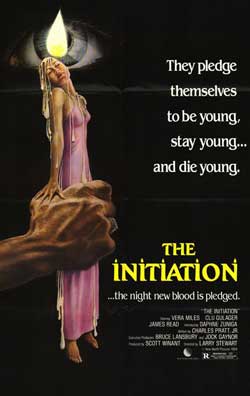 Kelly (who has the same disturbing nightmare night after night) decides to join a college sorority. Of course, there is an initiation involved in order to be a member of the sorority and Kelly and her fellow pledges are tasked with breaking into a mall after hours to steal an item. Unfortunately for them, a mysterious killer has trapped them all in the mall and is killing them off one-by-one in a variety of brutal and painful ways.

For some unknown reason The Initiation has always been pretty much overlooked by most horror fans. I personally think that it is a pretty neat little slasher flick that boasts an incredible cast (including Daphne Zuniga, Vera Miles from Psycho and Psycho II, and genre mainstay Clu Gulager), an interesting premise, some fun death scenes, and a nice twist at the end. I’ll admit that it isn’t the most original slasher flick in the world and that there are a lot of other movies that came out around the same time that are very similar, but all in all I think that it is a fun movie that has a lot going for it. As a matter of fact, I think that it is actually better than some of the other 80’s slasher flicks that get a lot more attention. It kept me entertained and I enjoyed watching it, and if you are into movies like this then I guarantee that you will feel the same way as well if you give it a chance. 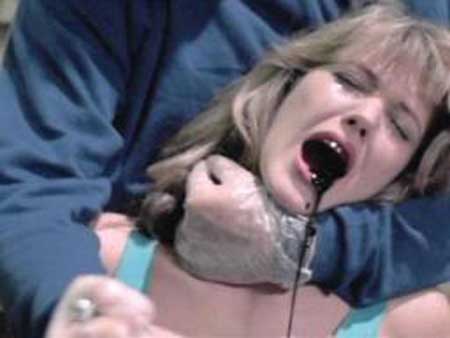 One of the things that I like about it is the fact that there is an element of mystery involved with the horrifying dream that Kelly keeps having. She doesn’t understand the dream (which involves her stabbing her father and some guy engulfed in flames) so she reaches out to a teaching assistant to help her figure out what it means and why she keeps having it. Her mother is less than thrilled when she finds out Kelly is trying to interpret the dream and it becomes pretty obvious that her mother knows something about it that she doesn’t want Kelly to know. I had a good time trying to figure out what the dream was all about and how Kelly’s mom was connected to it and the pay off when all is finally revealed is well worth it. I don’t want to give anything away but let me just say that there is a strong possibility that the killer that is stalking Kelly and the others may be somehow involved with the dream as well. 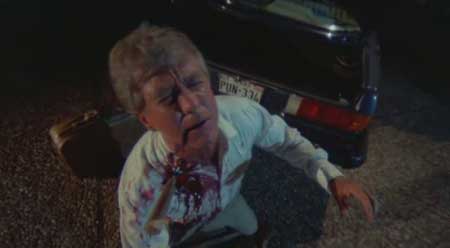 I enjoyed the variety of death scenes that take place in the movie as well. We get a little bit of everything including some blooding stabbings, fun with a bow and arrow, and a pretty good death via hatchet scene. The killer isn’t playing around and enjoys chopping, stabbing, and impaling people as much as Jason, Michael, and Freddy. The film has a pretty impressive body count as well, and while it may take just a while for the killer to get started, believe me when I say that it is worth the wait once the blood starts flowing and the dead bodies start to show up. 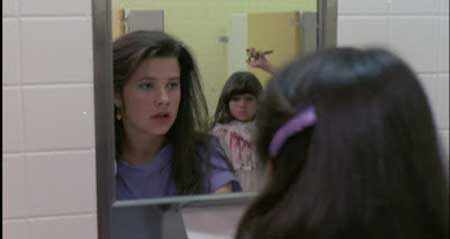 Even though I already mentioned the twist at the end I just feel like I should say a little more about it. Don’t worry, I’m not going to give it away or anything, but I’ll admit that it is pretty interesting and I didn’t see it coming. While some may argue that it is a little too similar to the ending of another slasher flick from the 1980’s (which it is, in a way) I think that it is just handled a little better in The Initiation. The scene when the killer’s identity is finally revealed is quite awesome and I can’t help but wonder how many people who have seen it were able to successfully deduce everything correctly before the filmmakers revealed all at the end (I know I wasn’t able to do so). 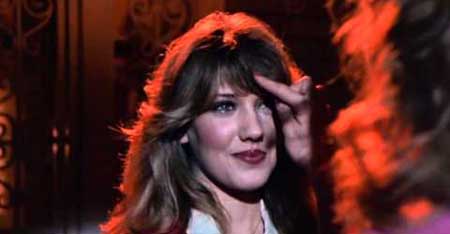 If you couldn’t tell I am a big fan of The Initiation. I think that it is just an all around great horror film and I don’t understand how you couldn’t like it. I first saw it when I was in high school and thought it rocked back then, so I was very happy by the fact that it still holds up very well after all that time. If you are looking for an entertaining, underrated slasher flick that keeps you guessing and just has that cool 1980’s slasher film vibe to it then check out this movie as soon as possible if you haven’t seen it. If you have seen it then watch it again just to remind yourself how good it is. 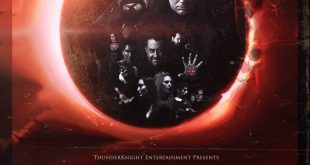