The Doctor Who Project: The Fires of Pompeii

Last time on the Doctor Who Project I mentioned how Peter Capaldi is a great choice to be the next incarnation of the mad man who stole a blue box. So this time around I thought I would review the episode in which Peter Capaldi starred in another role, only the second time an actor who appeared on the show in another role would later be cast as the Doctor. 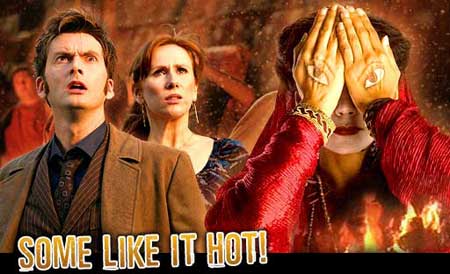 The Fires of Pompeii was the 2nd episode of the rebooted 4th series of the show. The 10th Doctor take his new companion Donna Noble to what he believes to be Rome in the early first century. But once again the TARDIS proves unreliable in the Doctor’s preferred destination and they end up in Pompeii a day before the eruption of Mount Vesuvius.

What I really liked about this episode is the dilemma the Doctor is challenged with as Donna, being a new companion and new to time travel, wants to warn the people about the impending disaster. But the Doctor realizes this event is documented history and as such is a fixed point in time that cannot be avoided. She sees him as almost as bad as the monsters he faces. And the monsters in this episode are an alien race known as the Pyroviles, a volcanic alien species that want to conquer Earth and convert the human race to Pyroviles. 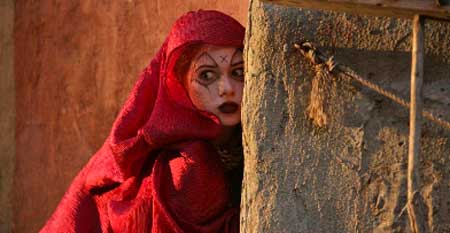 The Doctor and Donna lose the TARDIS after it landed, as during their journey into town it was discovered by a local merchant and sold it to a man by the name of Lucius, played magnificantly by the aforementioned Peter Capaldi. As the Doctor and Donna try and retrieve the TARDIS from Lucius the plot thickens as soothsayers are on their trail, as they have a prediction about a man in a blue box that arrives and brings death with him. One of the soothsayers is played by Karen Gilliam, who would later claim her greatest fame as the 11th Doctor’s first companion, Amy Pond. So this episode is so unique in that not only does a future Doctor appear in the episode, but also a future companion, but in different roles.

Only this episode in the long history of the show can claim that honor! I really enjoyed the dialogue in this episode, especially between the Doctor and Lucius, and
the moral conflict between the Doctor and Donna, who wants the Doctor to save the day but he realizes this event must happen as history has recorded. I also liked the layers of sub plots this episode had, with the soothsayers, the alien volcanic race, the moral dilemma the Doctor struggles with, the fact his new companion sees him as a cold hearted, well actually a cold 2 hearted individual, and the fact that Lucius and his daughter have ESP and know personal details of the time travelers. 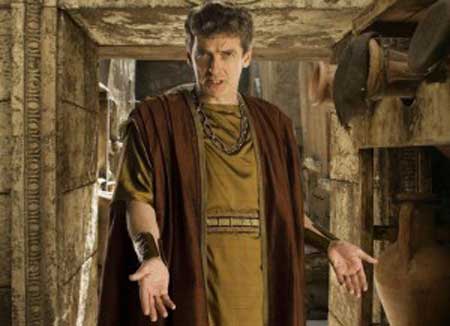 When I first watched this episode I remember thinking to myself wow, Peter Capaldi would be an excellent Doctor! I do that with the show all the time, when actors show up on the show for a one episode appearance. But this time it actually happened! So when Matt Smith announced he was leaving the show in June one of the first names I thought of was Peter based on this episode. It will be an interesting dynamic because Matt was the youngest person to be cast in the role but played him as an older man and you really believed he has been around for centuries and carried around burdens of loss and regret.

Peter now steps into the role as the oldest actor since William Hartnell to be cast but I have a feeling he will be playing the part young and full of energy. Christmas is just a few weeks away which will be the episode ‘Time of the Doctor’.

It will be the swan song for Matt Smith and the debut of Peter Capaldi and I have watched the episode The Fires of Pompeii a few time over the last few weeks to get ready for Peter. Matt did an outstanding job in the role, and truth be told he had enormous shoes to fill as David Tennant has been considered the best of the Doctors, along with Tom Baker, and I believe Matt knocked it out of the park with his portrayal. So now Peter has his shoes to fill and I believe he will deliver another fantastic version of the mad man who stole a blue box!