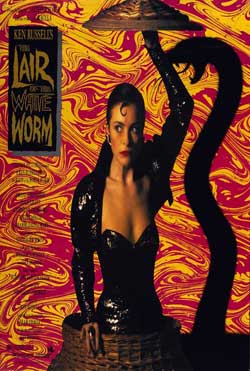 In a remote corner of England’s lavish Peak district, a young archaeologist, Angus Flint, unearths a mysterious skull. When Angus escorts Eve and Mary to “holiday” festivities at Lord James’ castle, the sensuous and snakelike Lady Sylvia Marsh seizes the moment – and the skull. Lady Sylvia brings the skull down into the dank recesses of her gothic mansion where she engages in the erotic worship of her pagan god, the White Worm. Since the worm hungers for the sweet taste of virginal flesh, Lady Sylvia uses her unique charms on Eve – the town’s closest offering – and prepares her for the ultimate sacrifice as the snake writhes in anticipation

Well if that title doesn’t sound like a sexual reference.

This is a lesser Ken Russell film based on a lesser piece of writing from Bram Stoker…. You know Bram Stoker that guy that wrote “Dracula.” “Lair of the White Worm” is not a total piece of sh*t… it’s just a very unbalanced film and made during Ken Russell’s down slope… After this film he would make only one more heavily promoted feature film “Whore” and after that he pretty much disappear into British made for TV movies. 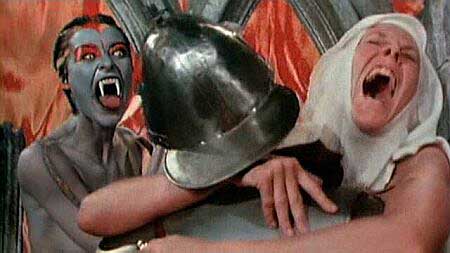 So Ken Russell started out making biopics of classical music composers, then he made the astonishing “The Devils” With Oliver Reed and Vanessa Redgrave. And then Ken Russell did some more classical music biopics and then he did “Tommy,” “Altered States,” “Gothic,” and then after making all those kick ass films he made “Lair of the White Worm.” The film is twenty percent schizophrenic break from reality and the rest is a really weak AIP or Hammer film with subpar acting. 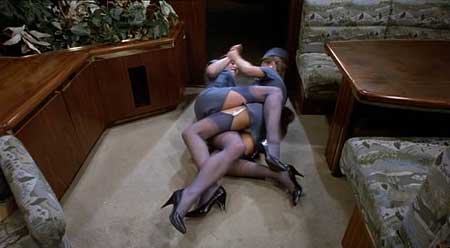 Now granted when I first saw this film it was probably about 20 years ago and on VHS tape… Back before everything was either a zombie rehash or a glittery action packed vampire film. So compared to a lot of sh*t that is out there today the idea of the film is kind of creative. An archeologist finds a skull of some weird “dragon like thing” and Amada Donohoe shows up looking for virgins to fondle while wearing thigh high vinyl boots and playing chutes and ladders. The title “The Liar of the White Worm” might sound like something very much like vaginal much like the sword in the stone but in this film Amada Donohoe runs around naked in blue green body paint and fangs to sacrifice virgins by throwing them down a hole where a giant white worm lives. I know this all sounds very a lot like one of the Conan film’s or for that matter the end of “Cave Dwellers” but “Lair of the White Worm” is balanced by demure British country side and behavior at that, add to that hallucinations that are like juicing Caligula or a British Airways training film.

After this film Ken Russell would really hit bottom and make “Whore” but this film was a nadir because he had to work with Hugh Grant. You know Hugh Grant the guy in shut fecal matter as “9 Months” and “Bridget Jones Diary” and every stupid f*cking romantic comedy where Hugh pretty much plays a bumbling idiot who winds up getting the girl. 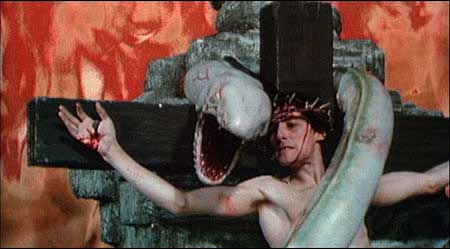 At one point I had made acquaintances with Jimi Hendrix’s former road manager and in his old age and on his down slop he was getting to a point where he might have to work as Christine Agularia’s road manager… and all I could think was “what a f*cking step down, that’s like spitting in the face of Mr. Rock’n roll…” I think of Ken Russell working on this film in a similar light, he went from working with Gabriel Byrne, Natasha Richardson, William Hurt, Oliver Reed, Vanessa Redgrave, Bob Balaban, Ann Margaret and Jack Nicholson to having to work with Hugh Grant. That’s like going from drinking champagne to gulping down bottles of raw sewage. 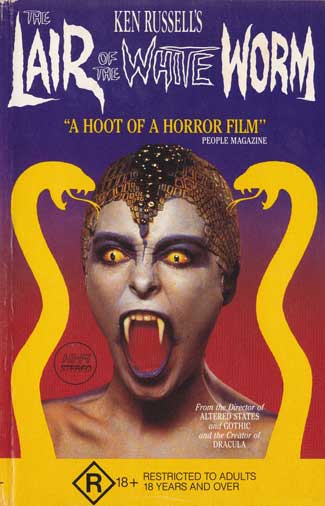 Now despite my feelings for Mr. Grant in one of his first leading roles the rest of the cast is also kind of flat aside form Amanda Donohoe who has it where it counts. I get the feeling that Ken Russell was kind of dialing this one on in for the money. I say that not because I dislike the film–I’m kind of neutral on the film to be honest just not neutral on how sh*t Hugh Grant is. I have to say the worst thing a horror fan can do is date some chick who in to romcom’s, who actually into watching “4 Funerals and a Wedding.“ Type of girls who like the color pink and spend way too much time in malls and who just love to watch “Rent,” if you can’t watch “Pink Flamingos” with a girl on a first date then you probably shouldn’t be on that date. Ken Russell had very deep twisted and creative over imagery in his “The Devil,” “Altered States,” and “Gothic” with this film I feel like after years of battling censorship issues and having studio people probably say stuff about how he was too “artsy” –especially in a place like Hollywood, he sorta just decided to take it easy.

“Lair of the White Worm” is not without just some nice offerings. A very funny scene seduction between Amanda Donoheo and a very virginal 15 year old Boy Scout type who does not get that woman typically don’t wear bondage gear to play “snakes and ladders” –well aside from the ones that don’t like Hugh Grant films. Amanda Donoheo is the slave to white worm (that sounds way dirtier than it is) who goes running around with a rhinoceros horn type “phallus” using it to test the virginity of some of the nubile young women of the town. Nuns getting raped by roman soldiers is always welcomed in any film, but I think the real highlight of the film is it has lots of gratuitous thigh shots of garter belts… Which I can’t really say that’s gratuitous cause I don’t think you can ever really enough tight shots of garters and stockings. 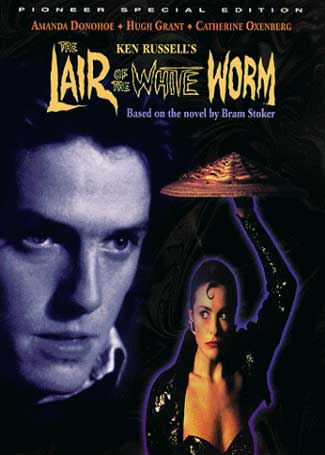 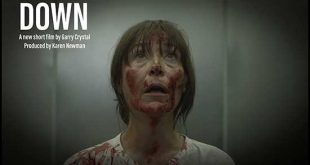 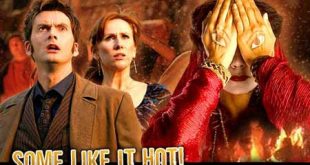 The Doctor Who Project: The Fires of Pompeii