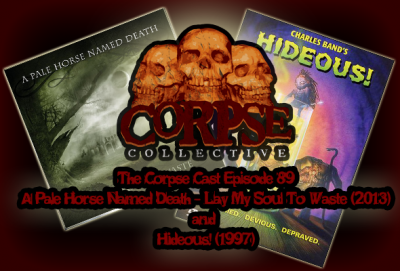 Folks… This is the first Full Moon film that we’ve talked about on this podcast, and it’s no coincidence that it came on the heels of Mike signing up for Full Moon Streaming. Let the gushing for Full Moon begin! We’re talking about a 1997 film entitled Hideous! We’re also talking about a band that has been described as a cross between Type O Negative and Alice in Chains, two of Mike’s top 5 bands… How does A Pale Horse Named Death stand up to that kind of pressure? We’ll tell you with our discussion of their 2013 album Lay My Soul To Waste.