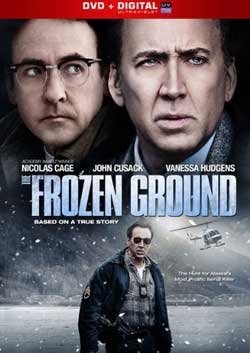 An Alaska State Trooper partners with a young woman who escaped the clutches of serial killer Robert Hansen to bring the murderer to justice. Based on actual events.

Featuring top namers Nicolas Cage and John Cusack, you could easily make a comparison to the similar approached film “Insomnia” of 2002. In essence you have 2 top namers playing the opposite protagonist and antagonist roles here. John Cusak plays the serial killer Robert Hansen (which shouldn’t be a spoiler as it’s assumed and revealed pretty quickly in the film) and the Alaskan detective Sgt. Jack Halcombe played by Mr Cage. Actress Vanessa Hudgens receives a 3rd billing as prostitute Cindy Paulson. 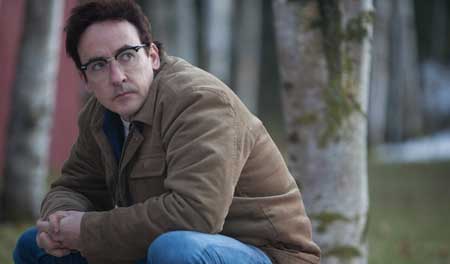 To begin, I’m not so sure I was that comfortable seeing John Cusack playing a serial killer role. I mean… it was not “too” long ago that he showcasing his talents rooted in romantic comedy characters (Say Anything, High Fidelity, Grosse Pointe Blank). I suppose for an actor, the diversity keeps them from being typecast (such as Robin Williams who also transitioned from film comedian to serial nut job roles). Cusak keeps it awkward and creepy which surprisingly seems to come comfortably for him. Cage is awesome as usual but also toned down to play a more compassionate troubled detective role with a conflicting past. You can almost predict most of the script as it follows the usual path of these film premises. 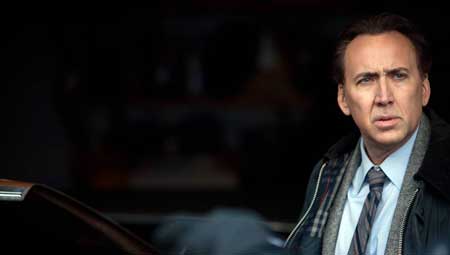 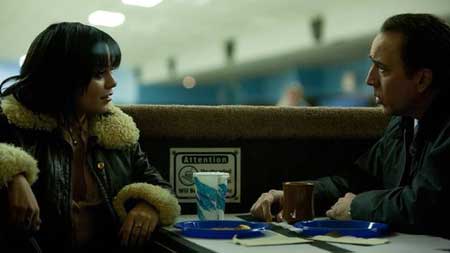 I do have to say that I don’t really feel that the degraded role of a street walker is going to win Vanessa Hudgens any awards in this production. Vanessa often comes across as snotty, jaded, and a bit over eager to accommodate her newly embraced bad girl roles. The “Disney Vanessa Hudgens” seemed much happier and comfortable in her shoes and is best advised to stick with what she knows.

The film “The Frozen Ground” is based on a true story that is centered on an “also Alaskan detective” named Glenn Flothe. The film attempts to tell the story about a murderer who eluded capture for more than 13 years. The key that sealed the deal here is victim Cindy Paulson who escaped Hansen’s attempt and became a prime witness. Young girls are kidnapped and then taken to the woods to be executed and left to deteriorate. We are spared most of the visuals, but are given enough to make the connections. 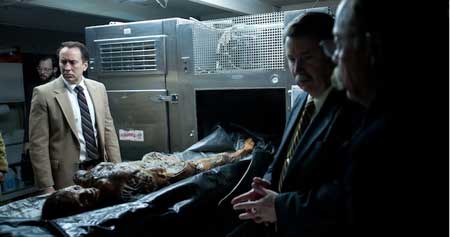 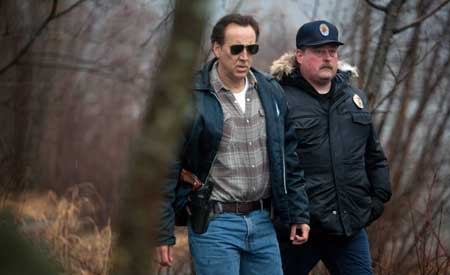 Sergeant Halcombe has a drive that keeps him glued to the case “despite” what everyone else is suggesting. Essentially the story is about Halcombe’s determination to finally bring this killer to justice with a hope of locating all the missing girls left for dead. Actor Cage stays well within a laid back approach to his role opposite of his usually more dynamic characters we have grown accustomed to.

As a film, I wouldn’t say it’s exactly “that” dynamic often taking on more somber tones over the expectation of bringing down Hansen. What is mostly chilling is the sequence of real photos that precede the end credits showing us all the faces of the girls who were murdered and left for dead. “The Frozen Ground” is directed by Scott Walker who is surprisingly a first time director / writer. 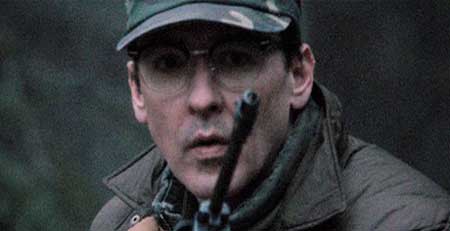 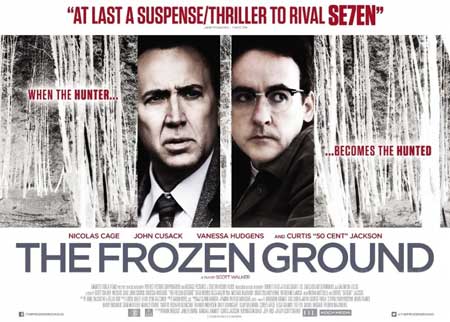 Walker does handle the production professionally considering his roster of talent on board though I felt that the scenery in this case exceeded the story. Actor Cusak feels a bit underplayed going for the quirky pedophile type but at the same time perhaps a bit too calm for the acts his character is noted for. It is a great look at area of Alaska, which takes us back to the “Insomnia” comparison  made earlier. “The Frozen Ground” may be a true story, however its occasionally bland and too predictable in its serial killer genre skin. The film is still worth a watch for fans of the actors however I’m not so sure its one appropriate for repeat viewings. In any case, we got 2 excellent actors sharing a screen which usually is enough to drive rentals and viewings. I’d love to see the 2 of them join forces again under a better suited script.