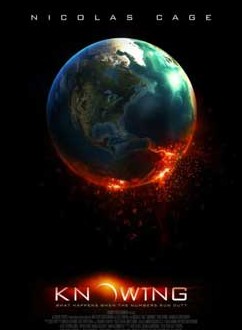 A teacher opens a time capsule that has been dug up at his son’s elementary school; in it are some chilling predictions — some that have already occurred and others that are about to — that lead him to believe his family plays a role in the events that are about to unfold.

Nicolas Cage is at it again, in our latest end of the world-prophecy blockbuster “Knowing“. This one might have an even bigger impact on those who have been keeping up with the 2012 phenomena’s. Although that specific date and tie in is not mentioned it could of easily been retro fitted to the concept based on Solar Flares paranoia. 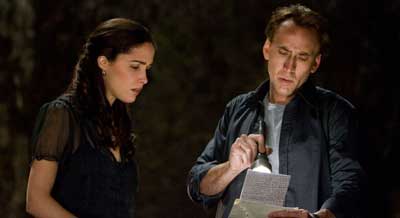 Our film begins 50 years back, when a young girl by the name of Lucinda Embry has a strange prophetic moment that instructs her to scribble down numbers before placing her contribution into a school time capsule to be opened 50 years later. This idea sets the theme for the future when they re-open the capsule. John Koestler (Nicolas Cage) and his son Caleb live alone and by some means are chosen to received this particular piece of paper in the present through circumstances that lead up to this moment. John Koestler, a college professor of physics establishes a indirect correlation with the idea that everything is left to chance and not to a plan of events. While its clear his belief system is just setting us up for a turnaround (AKA – “Signs”), he also becomes a bigger part of the puzzle than he realized. His son Caleb has been chosen to a greater cause. This cause starts a change reaction of events that relation to the numbered paper and its predictions laid out from the past. 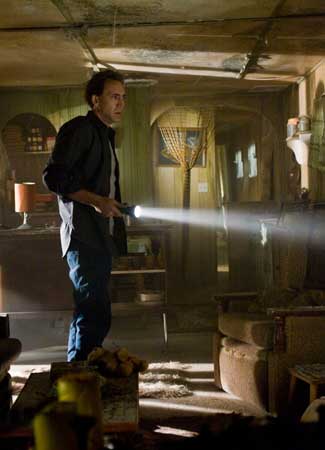 Diana Wayland (Rose Byrne), the daughter of Lucinda becomes also intertwined in this puzzle as John seeks her out to find out what her mother knew and how it all relates. Her daughter Abby shares a common trait with Caleb as you’ll see. (Note: Lara Robinson plays a double role of Lucinda and Abby) 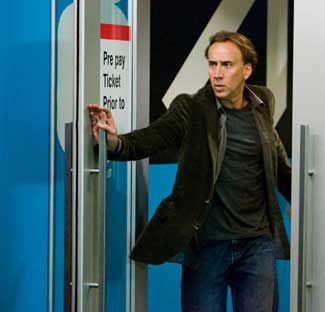 Directed by Alex Proyas who is no stranger to big budget films, worked on previous films like “Dark City”, “I’ Robot” and “The Crow”. As far as big budget films go, this has to be one of the better I’ve seen this year. There is a constant state of movement from mystery, action and a building resolution. There is also a pretty strong emotional attachment to what going on, on screen. This is a strength brought on by Cage’s great acting performance.

The FX are nothing short of amazing as the disaster scenes feel too real for comfort choreographed with shocking and scary results. The plane scene and the subway scene bring back realism like that seen in “the Fugitive”. The subject matter is intriguing and I predict the first of much more in this vein to arrive on the film scene. Most of the viewers will take it for what it is, rather than the reality aspects of how true some of these predictions are already being written in several books on the subject. There is some fiction tied in and an obvious inclusion of science function into the plot. However just the concept of prophecies and world events are a critical paranoia that is cropping up as time reaches closer to the 2012 date. Somehow I felt a slight hint of X-files slip in there now and then as well. 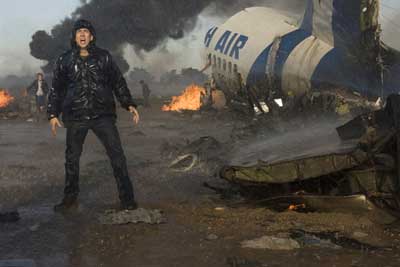 As for performances, really I am a sucker for anything Nicolas is in. It just so happens that this film is a good one with means its a win win all around. Comparisons will be made to disaster films such as “The Day After Tomorrow“, “The Core“, and “The Day the Earth Stood Still ” though the subject matter stills stands on its own. The greatest reward for me in this film was a ending that really covered its bases both visually and in its story telling. Often too many times I feel short changes on these types films that leave too much of the ending to speculation.