Home | FEAR CLINIC Is Locked And Loaded And Ready To Film

FEAR CLINIC Is Locked And Loaded And Ready To Film

Remember the FEARNet series FEAR CLINIC? Of course you do, stupid question.

Well director and FX wizard Robert Hall has been trying to to raise the funds to start a feature film adaptation of the series for a bit now via Kickstarter and today announced that the financing is in place and filming is about to begin!

In a little bit of a casting shake up it appears as if Danielle Harris has dropped out of the project and CURSE OF CHUCKY Fiona Dourif has joined in for the fun. Robert Englund will return as Dr. Andover and a Robert Hall staple, the great Kevin Gage will be along for the ride as well.

Filming is slated to begin early in December with a Halloween 2014 release being eyed.

According to STYD the storyline is as follows:

With Robert Hall behind the camera, this one could get crazy so keep it here and I’ll make sure you’re up to date as it progresses along. 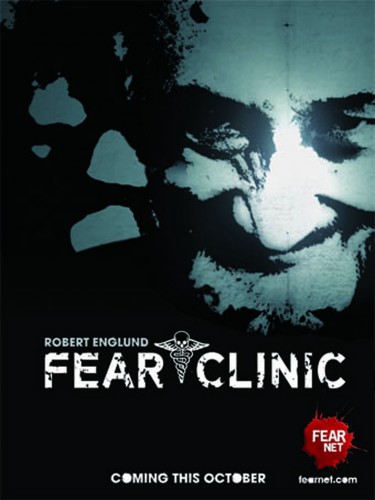