Home | LIVING AMONG US Brings An All Star Cast Vampire Hunting

LIVING AMONG US Brings An All Star Cast Vampire Hunting

Got a press release today about a new found footage vampire flick called LIVING AMONG US. The press release explains all so read on and fill your brain with vampire movie knowledge…

Written, directed and produced by Metcalf, “Living Among Us” is a found footage film about a documentary crew sent in to interview a family of vampires whose existence has been made known to the world.
But soon, the crew realizes their very lives are in danger as they uncover a deadly secret and must fight for survival.

Sadler is set to play the role of Samuel, the sect leader who arranges for the camera crew to interview the family. Heard will play Andrew, the head of the family who is being interviewed and Bianco will play Elleanor, the wife of Andrew. Russo will be Aaron, the station manager. Keegan will take on the role of Blake, the immorally sadistic and sociopathic vampire and family member while Nicholas will play Mike, the camera crew’s interviewer.

Principal photography is slated to begin later this month in Los Angeles. “Living Among Us” is the second Red Compass Media, Inc. feature production. The company’s first film, “The Lost Tree,” which stars Nicholas, Lacey Chabert and Michael Madsen, is currently in post-production and will be released in 2014.

“Assembling a great cast is never easy, and we’re thrilled to have such experienced talent as a part of ‘Living Among Us,’” says Metcalf and Nicholas.

James Russo is a seasoned actor who has appeared in over 90 films in the last three decades. He appeared in top features including Oscar® nominated “Beverly Hills Cop” as Mikey Tandino, two-time Oscar® nominated “The Cotton Club” opposite Eddie Murphy, “State of Grace” with Sean Penn, “My Own Private Idaho,” “The Postman” and Oscar® nominated “Donnie Brasco.” Following these successful films, Russo went on to be featured in “Public Enemies” opposite Christian Bale and Johnny Depp, “Open Range” with Kevin Costner and Quentin Tarantino’s two-time Oscar® winner “Django Unchained.”

Thomas Ian Nicholas is a film actor and producer who is known for playing Kevin Myers in the “American Pie” films, “Rules of Attraction” directed by Oscar® winner Roger Avary, and “Rookie of the Year.” Other film credits include Independent Spirit Award winner “Please Give,” and the upcoming horror-drama film, “The Lost Tree.”

Andrew Keegan is known for his roles in films such as “10 Things I Hate about You,” “O,” and was featured in the Oscar® winner “Independence Day.” In 2009, Keegan made his stage debut as Rigby in Erik Patterson’s award-winning play, “He Asked For It.” 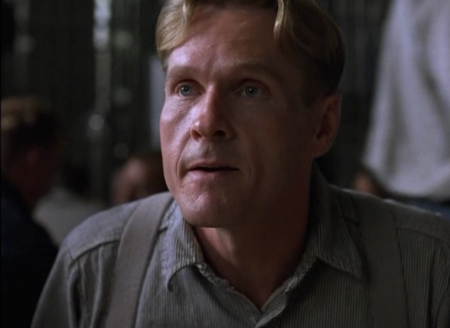 Tags Living Among Us William Sadler