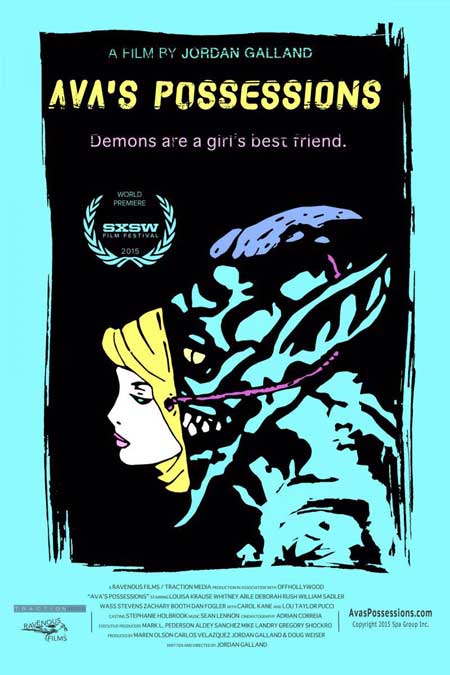 A young woman recovers from a demonic possession.

Ava (Louisa Krause) has a had a really rough month. Not rough as in having to work late, breaking up with your partner, losing your favorite earrings and forgetting to record Game of Thrones; we’re demon possession rough. For 28 days, Ava has been running hell-bent across her hometown, attacking people, sleeping with people and just generally being a nuisance. When we first meet her in Ava’s Possessions, she has just recently been exorcised and trying to piece together the last four weeks. 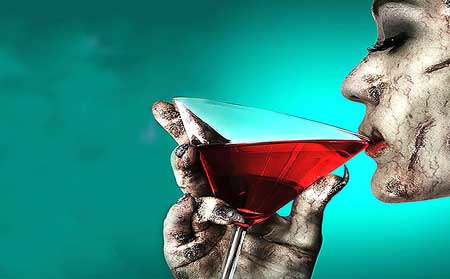 Her family are standoffish, her friends don’t trust her and it looks like she’s going to serve time in jail. That is until her lawyer offers her a way out. If Ava is willing to undergo a rehabilitation program for the recently exorcised, she’ll be able to dodge being thrown into a cell. Of course, Ava is no fool and grabs the opportunity with both hands.

All good stuff. However, there’s a secret beneath Ava’s rug in her apartment; a large blood stain. Believing she may have killed someone during her possession, Ava tries to solve the mystery of who she’s killed and why.

Written and directed by Jordan Galland, there’s a lot going on Ava’s Possessions. Perhaps too much, for whilst the film has a mystery to solve – and what’s more engaging than trying to solve a murder you probably committed – there’s so much else going that that particular thread feels a little superfluous.

Ava has been thrust into a new life due to events that were not her fault. She’s become a different person. And now, having now been given a chance to move on with her life, she finds herself being reminded of what happened to her. Her family are standoffish; loving her but unsure how to help her cope with the trauma of what she’s been through. Her friends, though equally well-meaning, treat her with kid gloves and begin to drop off the radar once Ava wants to reenter their lives. 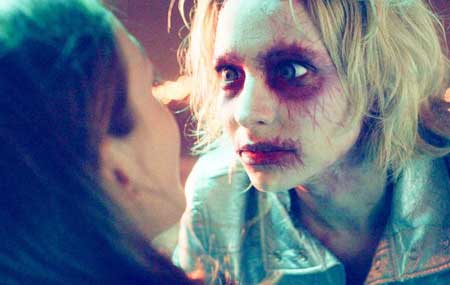 You don’t have to dig too far into the film to see the parallels between Ava’s predicament and that of survivors of sexual abuse and rape. When Ava attends her rehabilitation group, she is offered an opportunity to overcome her experience, but is told that it is something that she has to own. It’s not for others to decide what she does. A fellow group member, Hazel (Annabelle Dexter-Jones), believes that their shared experience defines them and forms their identity. As their sessions continue, Hazel prefers to stick by her demon, finding strength from it than she ever had before.    It’s heavy stuff and perhaps sensing that this was all a bit too much, the film drifts away from this intriguing premise to something a bit more mainstream. 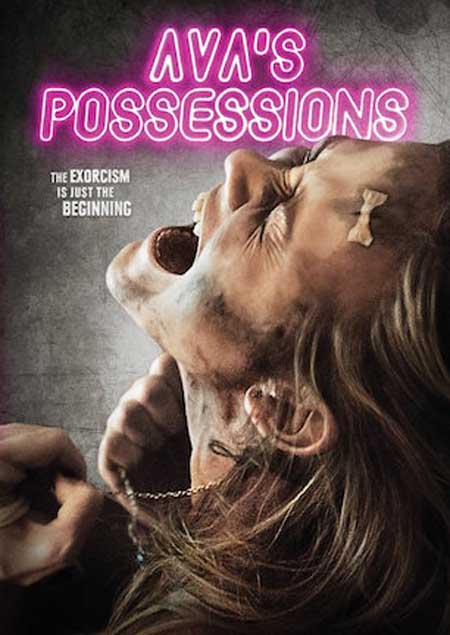 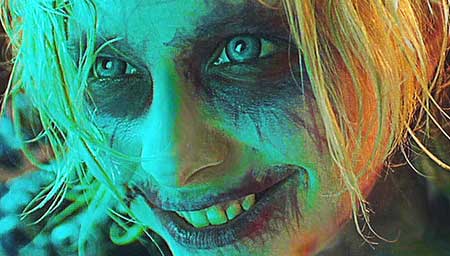 And again there’s the rub, Ava’s Possessions does for demons what iZombie does for the undead. As such, it deserves time to breathe. This is the kind of film Netflix would be foolish not to pick up and turn into a mini-series. That way, we would be able to immerse ourselves in Ava’s world; a world where demons are accepted as being real and people can join government funded programs to help those affected. Her family and friends come across as one-dimensional, when in fact, we should be learning so much about them and why they struggle so hard with Ava’s lost month.

In fact, in the final closing moments of the film, a revelation is brought to the foreground that deserved more than just being a cliffhanger ending. It reveals so much about Ava’s life that it feels like a bit of an insult to not allow her – and the audience come to terms with it all.

Ava’s Possessions is engaging enough film which, underneath its hipster glean and neon lighting, serves as an allegory for those affected by the horrible things that happen to us and how we cope with the fallout.