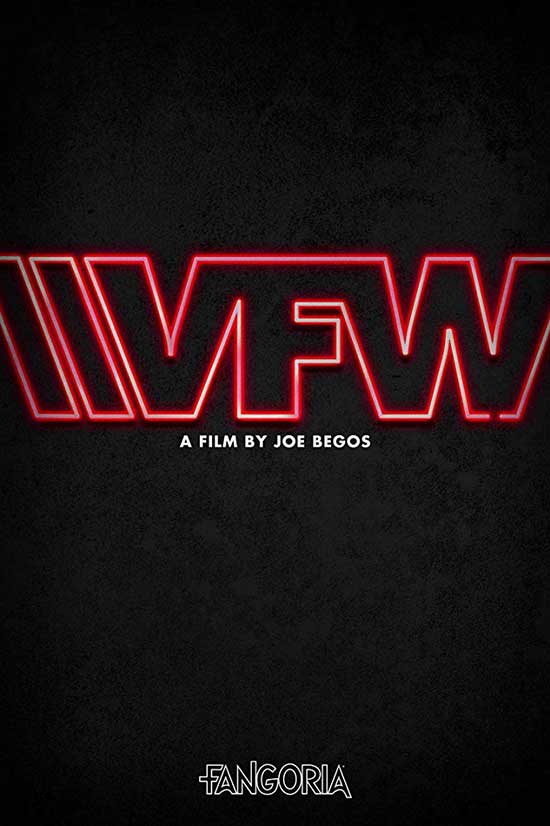 A group of war veterans must defend their local VFW post and an innocent teen against a deranged drug dealer and his relentless army of punk mutants.

I love a good midnight movie. Give me an over the top story set in a post apocalyptic urban setting and insane gory kills any day of the week. The more over the top the better time ill have watching it. VFW is a balls to the walls, violent grind house movie. As director Joe Begos said at the world premiere at fantastic fest in Austin Texas. “ I wanted to make a b movie with a list talent.” And boy does this movie have an a list cast of veteran actors. The cast includes genre legends such as, Martin Kove, William Sadler, Stephen Lang and Fred The Hammer Williamson. Seeing all of these actors in one movie was quite the delight.

The film centers on a VFW bar run by Fred (Stephen Lang). Fred runs the bar and spends his time hanging with his lifelong service friends played by Sadler, Williamson and Kove. They are also joined by actors David Patrick Kelly and Joe Wendt. The story takes place in dreary post apocalyptic future where a super drug has hit the streets and turned addicts into terrifying mutants. A young girl named Lizard (Sierre Mccormick) steals the local drug lords stash in retaliation for murdering her sister. Lizard takes refuge in the VFW and the veterans must now defend their home from an army of mutant methhead

s. You know just a normal day in the city. The plot of this movie absurd and over the top to the max, but hey thats what makes this a great grind house movie. It feels like a combination of Assault On Precinct 13, Mad Max and Escape From New York. The action is violent, and I mean violent to the max. We have sequences involving heads being blown off by shotgun blast. Impalement by homemade boobie traps and split in two with a fire axe. While the action is incredibly violent and reaches Tarantino levels of blood, one thing that really stands out is the attention to detail with the characters in the action. In every action sequence the veterans function just like a military squad and are believable as veterans who have overcome hell. Stephen Lang in particular is spot on as the groups commander. When shit hits the fan he remains calm and dishes out orders to his group, just like they are back in Vietnam.

This is especially great to see when Lizard seeks refuge in the bar. The rest of the group is wary of her at first, but not Fred. Fred treats her like another soldier in his unit, a brother in arms fighting by his side. The performances are great all around.

It’s so great to see all of these genre legend in one film together. The movie has an off the charts body count, I’d actually love to know the actual number. It just keeps going and going and going. The best part is you don’t care about the villains being killed because they are a mindless horde of killers, much like zombies in a Romero movie. It works because they pose a real threat to the protagonists defending the bar, and they are disposable like zombies, monsters or stormtroopers. The actors portraying the veterans in this film may be old, but they can still kick ass and take names. 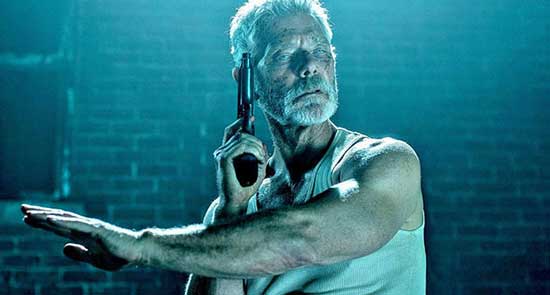 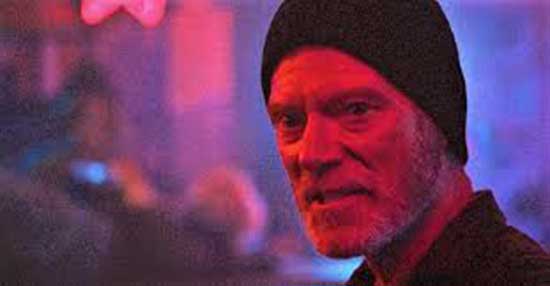 You want shotgun action? You got it. You like seeing a senior citizen split a meth heads skull open with an axe? This films got it. Is this movie going to the oscars? God no but who cares? It’s a solid, fun midnight action movie destined to be a cult classic. It would be a perfect film to show up The Last Drive In, with Joe Bob Briggs and Darcy The Mail Girl. Would love to see what the drive in totals would be. Give this one a chance it’s a bloody good time. 3 and a half stars out of 5.