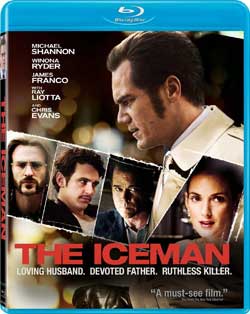 Following the true life story of Richard Kuklinski a contract killer struggling to balance family life and his cold blooded vocation that made him a legend in 1970’s New Jersey organized crime world.

Ariel Vromen’s portrayal of the serial killer Richard Kuklinski is dark, gritty and at times an animalistic look at the sociopath’s struggle to balance his vocational disposition and concealing his sinister choices from his family. 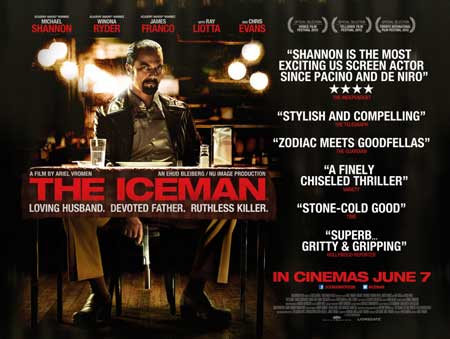 This production was cast brilliantly with an immensely talented ensemble. Ray Liotta plays mafia boss Roy Demeo. Arguably Liotta is somewhat typecast but one cannot argue his bona fide ability to depict such a role being a staple in any wise guy film. We instantly buy into his relentless organized crime façade, accentuating our ability to believe in the plot.

Winona Ryder plays an oblivious wife and mother. We invest into her character and empathize instantly despite the outrageous circumstances. Just past the initial credits she courts Kuklinski most reluctantly making her character much more human somehow.

Perhaps the true dark horse in this production is one David Schwimmer in the role of Josh Rosenthal. Fully donned in seventies p*rn star mustache and greasy pony tail with satin track suit he acts out and asks questions later. His performance would easily rival any actor on the Sorpanos roster proving there’s more to this actor than constant prattling on as Ross Gellar, “But we were on a break!” 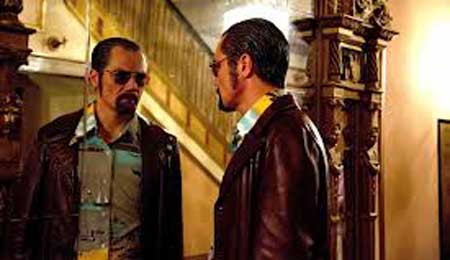 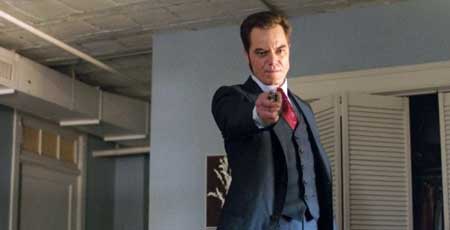 Michael Shannon portrays the lead of Richard Kuklinski in an Oscar worthy performance. His stone cold sociopathic behaviour is blood curdling and bone chilling consistently from one dirty deed done dirt cheap to the next.

Music within Anthony Bruno’s adaptation is an integral role in this production. The notes’ subtlety flows with nuance as Kuklinski descends further into madness killing more grisly than the last. His psychological struggle to conceal his identity while maintaining an effective relationship as a husband and father is dark, compelling drama at its finest.

The cinematography is sharp and esthetically hypnotic as the timeline displayed on the screen unravels season after season, holiday after holiday and year after year of Kuklinski’s madness. He narrowly escapes a number of unsavory circumstances and the audience becomes invested further into the scenes fixated on what happens next. 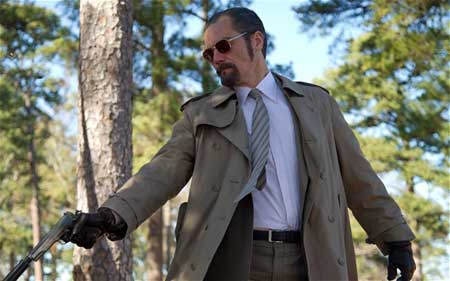 Perhaps most unnerving is the fact The Iceman is based upon a true story readily striking fear into the hearts of viewership on a mass level. Beckoning the question into our psyche late at night, lying in bed, do we ever really know the person next to us?

It’s no surprise that director Ariel Vromen won a break out director award in the Capri honours in 2012. At the Newport Beach Film Festival Shannon won most outstanding achievement in acting.

Although James Franco, and Benicio Del Toro along with Maggie Gyllenhaal were originally scheduled to play Kuklinski, Roy Demeo and Deborah Kuklinski respectively there’s no arguing the shift in ensemble proved most effective. 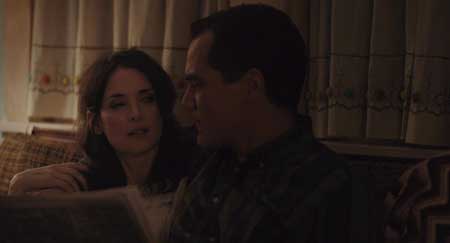 Whether you’re a buff of true crime stories or impervious to the Kuklinski story, a must see for one and all alike.

-Four and a half tombstones out of five