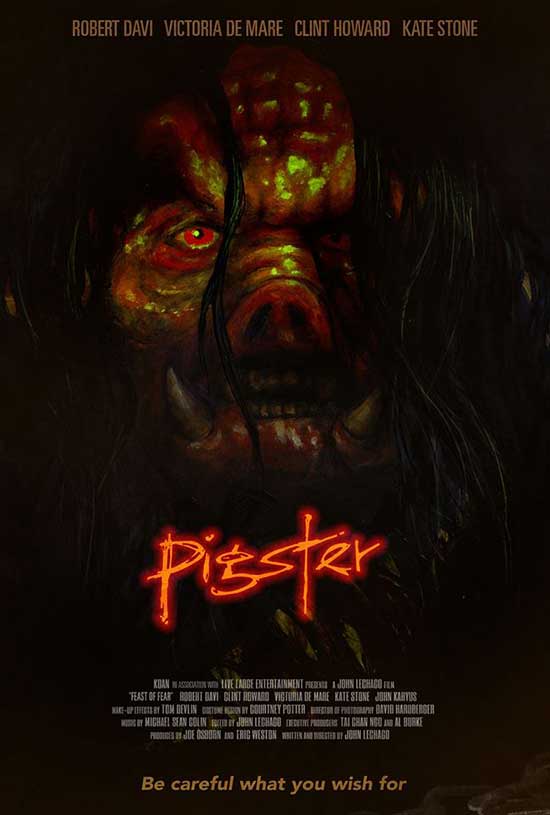 Review: This looks like a low budget film trying very hard to appear as such with lots of gore and boobage. This is kind of the 2 directors’ style. John Lechago and Al Burke have worked in Hollywood in many roles. It’s all led him here to this twisted little gore film. It’s great for people who want something different with an attitude. All the effects look fake, so much that you start rating how fake they are as they appear. It’s hard to pick up on anything to relate with because the plot isn’t meant to be realistic. In this here and now, the monster Pigster (half man half pig) is out to find and kill people, in between dark jokes. For me, it was more or less a grand adventure of comedic horror. 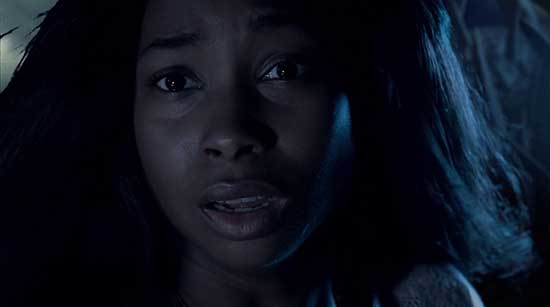 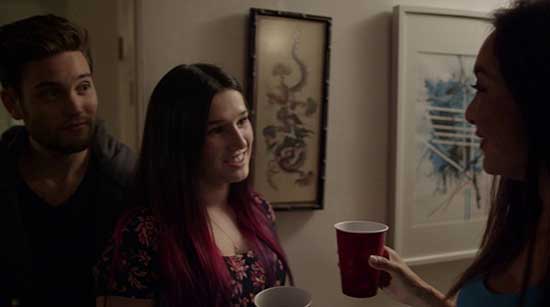 If you know John Lechago’s movies, you know they are terribly acted, poorly written, and finally chock full of topless babes. He’s not going for an oscar, this is his dream. He also has a co-director: Al Burke. Burke has worked on so many movies, I can’t list them all here. Rest assured, they are good movies done in a professional way (The Wedding Singer, Cradle to the Grave …) I imagine he got as famous as he wanted and then co-directed Pigster as an expression of his authentic self. Some of the films Lechago has made are: 2016 Feast of Fear, Killjoy’s Psycho Circus,  2012 Killjoy Goes to Hell  2010 Killjoy 3 (Video)  2010 Bio Slime (Video)  2008 Magus and 2004 Blood Gnome (Video). I can see why his films have a cult following.

Robert Davi plays the dealer. He tells the victims Pigster is after them. There is a medieval tone to everything and it seems like the movie is setting up a grand “joust” or fight of some sort. Make no mistake, Pigster is out to kill and he’s not taking prisoners. I found the medieval announcements of battles and deaths satisfying, it worked. I can understand though how this movie will not appeal to everyone. You have to kick back and just let it do its thing to you. If you can take that approach, I think horror fans such as you will like it. I will add though that Robert Davi isn’t in the film much. The other big star is Clint Howard (yes, he is in a film other than one his brother directed). 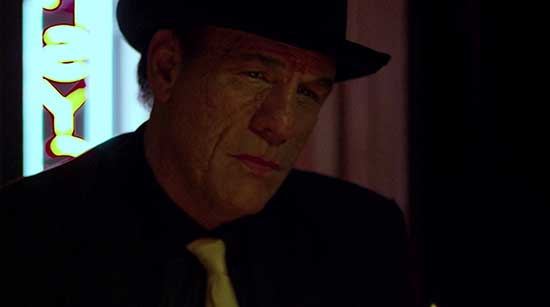 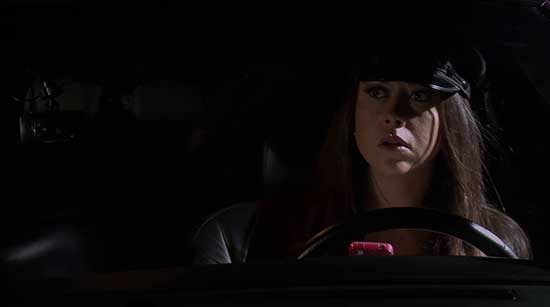 Victoria Levine and Kate Stone are the babes. They do a great job, especially in the topless scenes. For my money, films like Pigster are great when I have finished watching all the good movies on my watchlist. That’s how it was with this one and I was pleasantly surprised. I’d love to hang out with both of them to prepare them for topless scenes, you know, to make them comfortable. Both are sizzling hot foxes.

I couldn’t give it more than a 6 but in my horror review archive I have hundreds of horror films that never scored higher than that. In fact, it’s been my experience that social rating services like iMDb, Rotten Tomatoes, and Letterboxd all rate horrors low. The threshold for horror movies on iMDb is usually 6 and below. Of course there are exceptions. 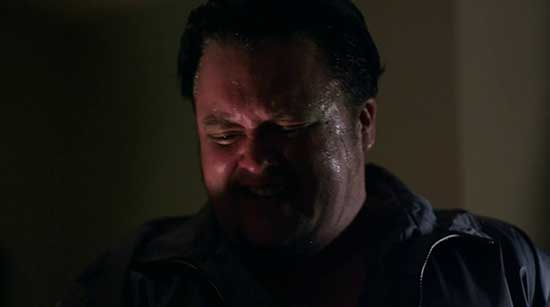 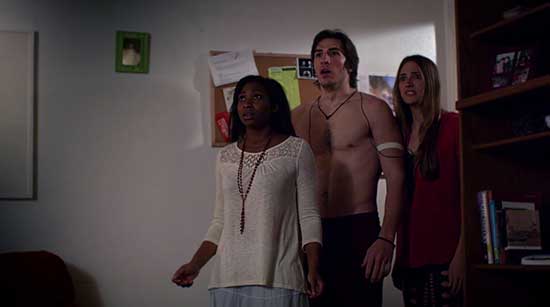 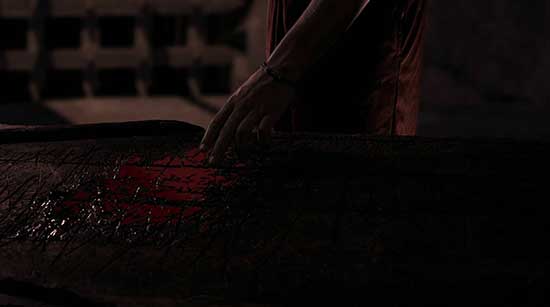 The reason for this is that a lot of people do not like horror so they enter their rating hastily and without much care. The result is horror film ratings are lower, even when they are great horror. So, you need to put a filter on your searches and quit worrying about horror movies that have 5/10 or below. Pigster is a “WTAF” movie (what the actual fu**?). Are you up for it? Let me know what you think of Pigster.

(At time of writing this, Pigster was streaming on Amazon Prime Video.)