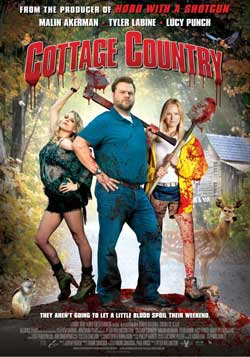 A long weekend getaway seems like the ideal atmosphere for Todd to propose to his long-time girlfriend Cammie. An unexpected distraction comes in the form of Todd’s brother Salinger crashing the romantic retreat with an agenda of his own.

Cottage Country has an ethereal, foreboding mood that descends instantly from the initial credits. The audience has the impression they’re in store for some aquatic creature feature as the cinematography is submerged in the murky depths of the lake, a grim foreshadow of the things about to transpire on that fated weekend.

Malin Akerman in the role of Cammie truly steals the show with her neurotic personality. If she seems familiar your instincts are most likely on target. Akerman played opposite Ben Stiller in the runaway comedy hit The Heartbreak Kid. She adapts much of the emotionally unbalanced energy from the earlier flick causing filmgoers to squirm with unease at her over the top antics and unpredictability.

The special effects are mesmerizing if not bone chilling and gut wrenching. A certain scene involving the male lead of Todd (Tyler Labine) and a deteriorated cadaver engulfed in a creepy intimate encounter will surely make your skin crawl.

While billed as a dark comedy one has to question if the maximum impact of this film wouldn’t be achieved if the humour elements were discarded. A certain sense of bizarre humour has to be instilled to a near innate level to fully appreciate the punch lines. We can’t help but get the overall impression that perhaps the director was trying a little too hard to deliver comedy when the true darkness is what prevails. 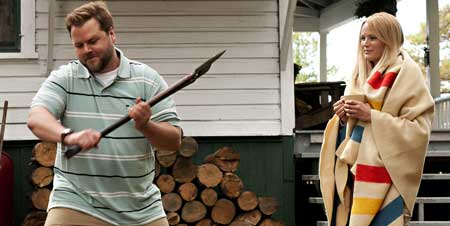 The jokes for the most part fall flat and unfortunately the end result is an undeniable feeling the production is intended for a much more sophomoric audience. The typical horror aficionado that takes their scream films seriously may be insulted with the juvenile level of dialogue and misadventures. The plot would have carried much more effectively in enhancing the terror to the next level rather than futile attempts at a few scattered chuckles that will likely be forgotten before the evening is through.

The subtext of morality is a powerful one and instilled with finesse by director Wellington. The character of Cammie is resilient and relentless in her efforts to ensure family values and the institution of marriage. Her botched attempts at restoring normality are a testament to satirical obsessions in being perceived by society in one light and being portrayed in an entirely different fashion. 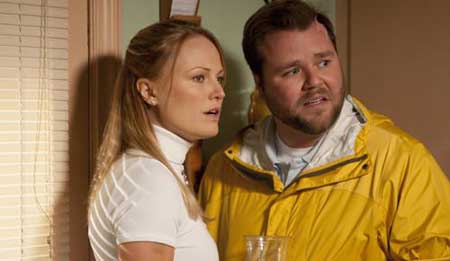 A setting of the woods seems like a formula for success and for the most part in this case pays off. An ominous underlining theme of man versus nature conflict simmers in the back drop threatening to boil over at any point in time. For these reasons alone fans will be fixated on the screen to see what unfolds until the bitter end.

The supporting roles are well cast and diverse. Each accentuates the chemistry between the lead actors rather than distracts from their scenes. Many horror ensembles have gone awry throughout history with a mismatched group of characters. It’s difficult for each to hold as much water in relevance as the next. We buy into their characters and empathize with their plights despite their obvious follies and neurotic behaviour, delivering a much more believable product overall. 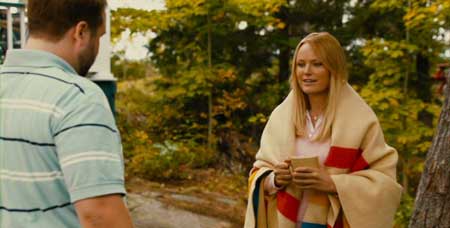 Cottage Country may not be the ideal retreat for one and all film goers but a delightful surprise in many other fashions and definitely worth a glimpse. 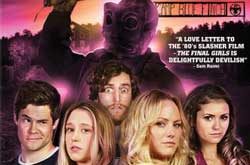