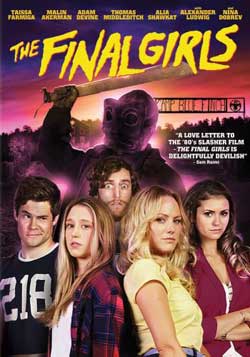 A young woman grieving the loss of her mother, a famous scream queen from the 1980s, finds herself pulled into the world of her mom’s most famous movie. Reunited, the women must fight off the film’s maniacal killer.

Nostalgia is pretty big in the movie world right now.  The use of properties from the 1970s, 1980s, and 1990s to get the attention of movie goers and television watchers is abundant.  There are remakes, reboots, sequels, and every other thing under the moon being released for consumption.  Some movies don’t quite go the direct route in simply being another addition to an established franchise.  Instead, they’ll take a known concept or feel and run with it.  They will play with that idea and harken back to a time in film that audiences wistfully think about.  This movie fits into that category, taking an idea and lovingly dissecting it.

The Final Girls was released in 2015 and is a horror comedy that plays around with slasher movies from the 1980s.  More specifically, the movie plays around with a Friday the 13th clone.  We are treated to a trailer for Camp Bloodbath before the main story starts.  It looks perfectly 80s and gives a story of a killer knocking off the counselors at a summer camp.  Then we get into the main story of the movie.  Three years after the death of her mother, Max Cartwright (Taissa Farmiga) and a group of friends are attending a showing of Camp Bloodbath, a movie her mother was in.  A fire breaks out in the theater.  Max and her friends know of an exit behind the screen so they cut open the screen and step through, only to find themselves now in Camp Bloodbath.  They must find a way to escape and get back to their real lives.

The 1980s slasher nostalgia oozes through The Final Girls.  Everything about the movie that the characters end up in breathes in the same way as the Friday the 13th movies, the Sleepaway Camp movies, or other camp slashers of that decade.  The character archetypes are there, the almost unstoppable bad guy is there, and the sexual situations abound.  The love of the material clearly comes through the script written by M.A. Fortin and Joshua John Miller.  They made sure that The Final Girls also fit the blueprint of a 1980s slasher while playing around with the 1980s slasher that was Camp Bloodbath.  The “out of movie” characters are just as much the standard characters as those within the movie in the movie.  There is the typical final girl, her love interest, her best friend, the dorky guy, and the meaner, hotter girl.  It’s all there. 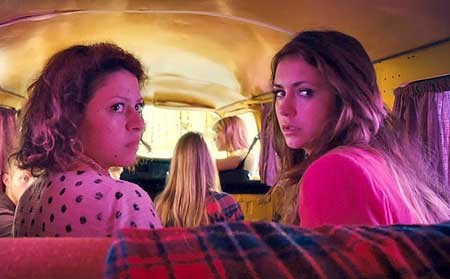 What works almost as good as the commentary on the slasher films of the 1980s is the comedic tone of the whole shebang.  When the movie is dissecting the different character types of the subgenre, they use comedy to get the point across.  The attempts that the main characters make to prevent the movie characters from hooking up are laughable, and they are foiled by the fact that the movie characters were written in Camp Bloodbath solely for the purpose of sex.  With their only function being the desire to get it on, it is next to impossible to stop that from happening.  The ways in which the characters continue to be interested in sex and only sex leads to some rather humorous extreme situations. 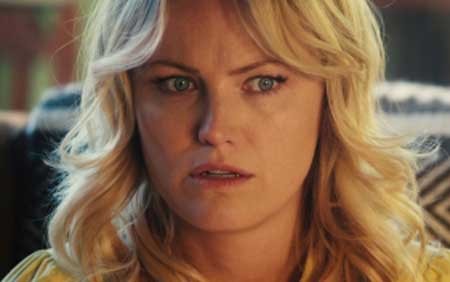 This whole not being able to prevent things detail also brings another layer into the movie with the idea of destiny versus free will.  The main characters in The Final Girls are used to free will, but being inside of Camp Bloodbath, they have to deal with the fact that the characters of the movie have a set destiny and cannot veer too far from what they were written to be.  If they were supposed to die in the movie, they are still supposed to die.  This idea is where the emotional heft of the movie comes in.  Max comes face to face with the character Nancy (Malin Akerman), who was portrayed by her mother Amanda.  She wants to keep Nancy alive because it is the only way that she can have her mother back.  All of Max’s friends keep telling her that Nancy is a character in the movie and she is supposed to die in the movie.  Max keeps going against their wishes in order to protect Nancy.  She is trying to change the destiny of the character because of the loss of her mother.  It drives the movie forward as it goes along and is the emotional core.

All in all, The Final Girls is a very entertaining throwback to the 1980s slasher movie genre.  It might take from one specific franchise, but it still feels like a love letter to slashers as a whole.  Not only does it showcase the love that the writers had for the material; the movie manages to stand on its own as a solid addition to slasher flicks.  Everything about it was handled as well as it could have been, making the movie a must see for anyone that loves horror movies. 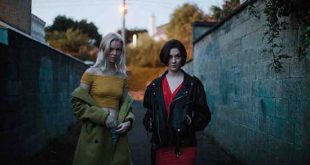 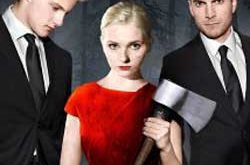