SYNOPSIS:
After the events in Avengers, Thor returns Loki to Asgard to be sentenced by Odin. Thor pines for Jane Foster, who remains on Midgard. While Thor continues to reunite the Nine Realms after the destruction of the Rainbow Bridge, the dark elf Malekith is reawakened to renew his centuries old quest to return the universe into darkness.

Marvel continues to build their cinematic universe with Thor The Dark World with a wildly successful heroic adventure. While the villain is far too underdeveloped to match the conflict the script implies, the chemistry between Chris Hemsworth as Thor and Natalie Portman as Jane Foster is much improved over the first Thor. While Malekith’s plot to destroy the universe drives the events in the film, it’s the relationships and interactions between the main characters that define the film and energize it with heart, excitement and romance. And then Tom Hiddleston as Loki nearly steals the entire movie; his pure charisma and handling of the mischievous nature of Loki underline every scene he is in with depth and complexity. Director Alan Taylor handles the material with expertise, bringing it his own style without sacrificing what Kenneth Branagh built in Thor (2011) and the highly successful formula Marvel Studios has developed to guide its properties. It’s a delicious marriage that make Thor The Dark World another triumph for Marvel Studios. 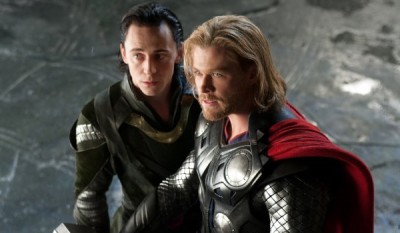 The stars of Thor The Dark World are Chris Hemsworth and Tom Hiddleston as Thor and Loki, who completely own their roles. It is difficult to imagine, much like Robert Downey, Jr. as Iron Man, anyone else as these two Asgardians. Hemsworth is far more confident here and it gives his Thor a maturity the character needs for this storyline where he struggles with his role in Asgard and his love for the Midgardian mortal, Jane Foster. While he retains his c**ky personality during battles, his confrontations with Odin and the Warriors Three (and even Loki) are more subdued and character driven. Hiddleston as Loki is also given a few choice scenes to illustrate the complexity within Loki, the pain that drives his duplicitous nature and the love for his mother that provides just a hint of introspection into his current situation and his relationship with his half-brother. The film is at its best when the two are paired together to battle Malekith and Kurse on Svartalfheim.

Natalie Portman is given the opportunity to show why she was cast as Jane Foster in Thor The Dark World. Her relationship with Thor, and all of Asgard, is brought to the forefront providing her and Hemsworth some serious cinema sizzle time. Their chemistry is strong and their affection for each other no longer feels forced like it did during much of Thor (2011). Now, it seems genuine. It really shines when she is introduced to Odin and, especially, Frigga, Thor’s mother. Her reaction upon their first encounter illustrates how intimidating such a meeting would be, not only the parent of the boyfriend but the Queen of all Asgard. “You told your mother about me,” Jane mutters as she shies away. Good stuff, for which Portman makes the most of. Her best scene is when she squabbles with Alice Krige (as Eir) about the differences between the Asgard magical-fantasy explanation of Eir’s evaluation of Foster’s condition and Jane’s own scientific version of what is happening. 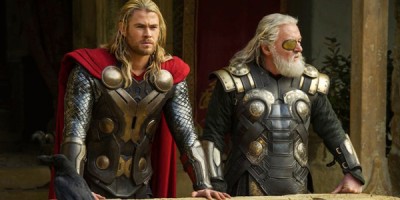 The rest of the cast step up as well, when given the chance. One thing Thor The Dark World sacrifices is giving the supporting character much depth. While Odin (Anthony Hopkins) is relegated to exposition heavy dialog, he does get a key emotionally charged scene midway that let’s the gifted actor shine. Rene Russo as Frigga gets more to do in this film with her interactions with the incarcerated and angry Loki as they deal with their strained relationship and her affection and protection of Jane Foster is heroic and inspired. The Warriors Three makes a strong pressence early on but are left cold by the third act. Jaimie Alexander as Sif get the best of if with her realization that Thor has changed, her hatred for Loki and her emotional conflict with Jane Foster. It is a shame that it could not be explored more. Kat Dennings as Darcy and Stellan Skarsgard as Erik Selvig give the film a welcomed undercurrent of comedy and fun, with Skarsgard boldly providing a hearty laugh early on.

Director Alan Taylor drives Thor The Dark World with a purpose and a balanced tone. The action is exhilarating and the quieter moments are tender and poignant. He provide tons of exposition without dwelling on it too long or making it too stilted and forced. He has a strong handle on all the relationships with the characters, especially Thor, Loki and Jane Foster which propels the film  beyond just a silly action adventure. The one thing Taylor struggles with though is bringing Malekith (Christopher Eccleston) to life with enough ferocity and motivation to make him a compelling villain. It may be because Loki is such a strong, established character any attempt may be futile at this point. Still the dark elf and his pursuit to destroy the universe is weak at best. Even with this hiccup, the film is incredibly fun, energetic and fast paced. It is a triumphant sequel.

Thor The Dark World is another successful Marvel Studios venture, much like Iron Man 3. It proves they have a focused, but flexible, plan in play for their franchises – they have developed a winning formula without too many flaws. Taylor directs Hemsworth and Hiddleston in a solid, maturing direction for the roles of Thor and Loki and allows the relationships to stand out, especially the budding romance between Thor and Jane Foster. The film is exciting and has heart, even Loki gets the opportunity to show a rare glimpse into his vulnerability that may be the film’s best scene. Yes, there are two – count them, two – stingers during the credits that are worth the wait and the film ends on a note that sets up further adventures without feeling forced. Bravo! Thor The Dark World is a terrific addition to Marvel Studio’s growing legacy.
4.5 out of 5 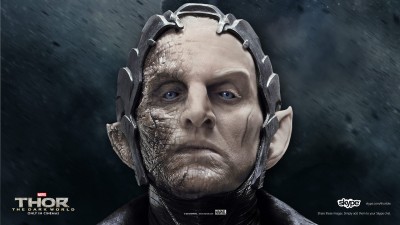