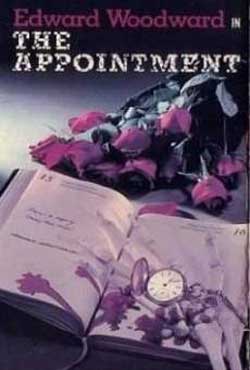 A family is confronted in their house by an evil force.

During my schooldays, there was this guy I used to hang out with all the time. He was rude, incredibly stubborn, didn’t shower very often and smoked at every available opportunity. And although I still enjoyed his company, I often wondered to myself if he was actually drunk whenever I happened to be around him.

He had this unusual habit of approaching people. He was dismissive and indifferent to the world at large, but he would occasionally single the odd person out and verbally abuse them with such venom whenever they came within shouting distance.

What’s odd about this is that, while these people had always seemed nice, or at least harmless, at the time to me, it was revealed years later that nearly all of his ‘victims’ were actually mean, impatient and overall quite shallow people to begin with. They simply hid it particularly well. It was as if he knew, and I have always been fascinated by the possibility that his seemingly aimless rampage of abuse had actually been a remarkably perceptive pre-emptive strike. 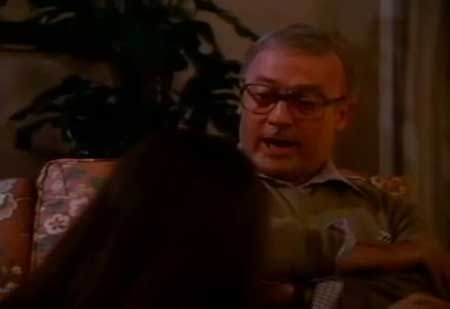 And that is sort of how I feel about The Appointment, in case you were wondering where I was going with this.

Ignoring, for the moment, the problems that plague most independent films, such as bad lighting or acting, this is an immediately interesting film, due to its historic significance. Based in England, it disregards the staple of British Horror that is the old gothic castles and flowing black cloaks. Instead, it takes a very modern approach, focussing on a (then) contemporary family living in the outskirts of town.

This break with tradition (and a very established tradition at that, if Hammer studios is to be taken into account) shows a willingness to tease the status quo, to take steps into a hitherto dark unknown. The term ‘haunting’ is thrown around quite often in modern society, and quite flippantly. People say The Conjuring is ‘haunting’. People say Maniac is ‘haunting’. Infuriatingly, the use of this term is rarely ever justified. 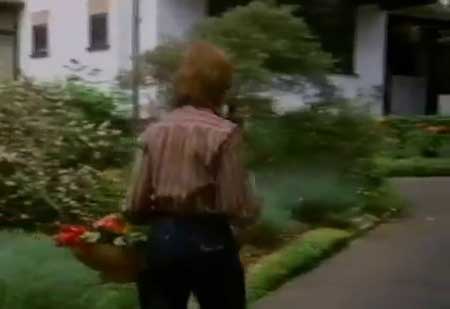 The Appointment is haunting. It stays with you, not insistently and in your face, but niggling, like a very slight itch at the back of your mind.

The plot could easily be printed onto the back of a playing card and there would still be enough space for Mrs Bun the Bakers wife to swing her rolls around. Finding that he has an inexcusable appointment out of town, Ian (Woodward) is forced to break the news to his daughter Joanne (Weyson) that he won’t be able to attend her violin recital. 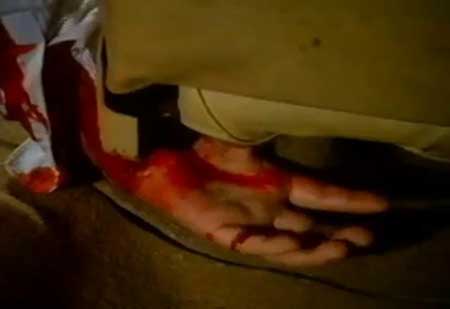 …and that’s pretty much it. The events of the film in the hands of most directors could be breezed through in little more than a minute, but Vickers, the director, exercises a slow and steady hand in delivering tension from unexpected places. The neat little inclusion of the violin recital even gives the chilling soundtrack an extra thematic edge, as stringed instruments send shivers down your back without feeling forced or clichéd. There is a suggestion that there are some supernatural elements at play here, that Joanna herself might be telekinetic. However, aside from an ill judged prologue, this is neither confirmed nor denied.

In one scene, Ian is attempting to explain to his 13 year old daughter how the world does not revolve around her and that she needs to stop acting like such a child. One would expect a scream or two here, a tantrum or at least a slammed door. Instead, it is an agonisingly calm exchange; tension mounts as Joanne’s eyes bore into Ians. What should only last twenty seconds is stretched out for 4 minutes. 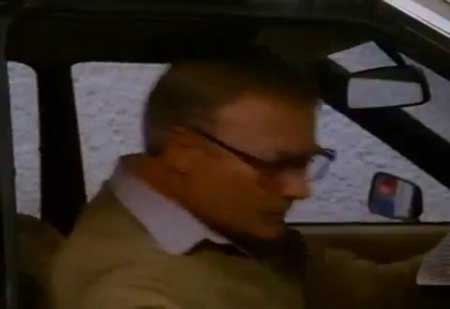 Those looking for a big screamer or jump scares will be disappointed, but those who prefer the slow burn of terror will leave happily unsettled. Another scene sees Ian standing outside his daughter’s bedroom, debating whether to comfort her after their row, or leave well enough alone. While he does this, the camera dances between his concerned, uncertain expression, and Joanne, who lies awake in bed. She lies in expectation, the barest, almost imperceptible, hint of smugness lingering on her expression. The tension at this point is palpable and could be cut with knife.

All the best scenes occur between Ian and Joanne, their relationship forming the crux of the film. Tossing aside the possibility that Joanne may actually be telekinetic (in which case, this is simply a bad Carrie rip-off), it is worth considering that the vast majority of the film takes place from Ian’s perspective. We meet his family as he arrives home. We leave the house as he does. The events that occur, then, are narratively linked to him and representative of his feelings, rather than actual physical changes that might be occurring in Joanne’s body.

It should come as no surprise that symbols of blossoming womanhood arrive in the timeless, yet very subtle, form of flowers in bloom. It is the first thing we see as Ian arrives home, and, naturally, Joanne’s wallpaper and bedspread is adorned with them. She is entering adulthood and both she and Ian have conflicting feelings about this.

Ian obviously wants her to remain his darling daughter, and we certainly get the feeling she would remain as such if it weren’t for this appointment. She is, in every respect, the apple of his eye. In an amusing little aside, he mentions to his wife Dianna (Merrow) that he will call Joanna the following evening. To which Dianna replies,
“I’d rather appreciate a phone call myself.” Ian simply grunts and closes his eyes, Dianna gazing at his sleeping form just long enough to get the message across.

The fear of his little girl entering a sexual world is an idea toyed with, even constituting the central horror of the film, yet it is never made explicit. If she is a blooming flower, he is terrified she’ll be taken away from him before her prime and lose her innocence. Hence, it makes sense that the central figures of terror come in the form of vicious dogs. After all, nothing ruins a flower bed like a dog with a bone.

This sweet juggling act of metaphor and retrained pacing all adds up to a delicious dish that is more then the sum of its parts. Which is just as well. Joanna herself has an airy sort of voice that functions for her creepy-little-girl role, but it puts strain on the suspension of disbelief. And the minimalist plot feels uncomfortably padded with a seemingly possessed car sub-plot that flat-out refuses to make sense. Many of the more crowd-pleasing moments are just out of place and suggest a lack of confidence in an otherwise very competent director.

It has issues (don’t we all?), but The Appointment is a wonderfully uncomfortable and satisfyingly mysterious horror that teases and slaps you with its lack of conformity. It won’t resonate with everyone, which explains why it is so hard to find, but if it does, it will pack one hell of a wallop.