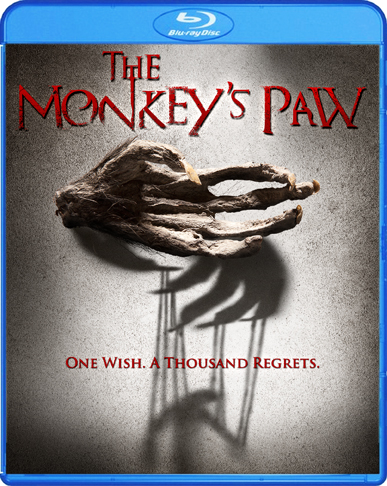 Jake is given a monkey’s paw that grants three wishes. After the first two wishes leave his friend Cobb undead, Cobb pushes Jake to make a final wish.

Presented as more of a sequel to the short story by W.W. Jacobs rather than as a straight up re-telling, director Brett Simmons has hit a solid double with The Monkey’s Paw which features some good performances & ambiance but doesn’t seem to want to go for the extra base when it comes to scares.

Jake Tilton (C.J. Thomason) works at an industrial supply warehouse in which his boss is married to his ex-girlfriend, Olivia (Michelle Pierce). This of course is never good for Jake’s self esteem but he has good friends like Catfish (Corbin Bleu), Gillespie (Daniel Hugh Kelly) & Tony Cobb (Stephen Lang) to make his days go by a bit easier. After being fired by warehouse boss Kevin (Andy Favreau), Gillespie entrusts Jake with the titular object. After explaining that it grants its owner 3 wishes and how he’s held onto it for years without ever using it, he tells Jake that it might be better if he doesn’t use it either as his family paid a hefty price when his dad used it decades earlier. Of course, Jake doesn’t listen. 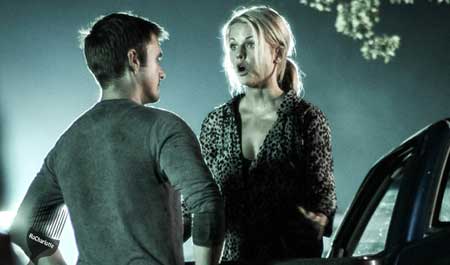 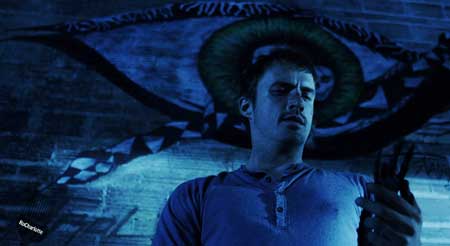 First it’s a muscle car that’s parked in front of the local bar that Jake desires. After wishing for it (& magically finding the keys still in the ignition right afterwards) he goes for a drive with Cobb which results in a car crash that ostensibly kills Cobb, until Jake wishes him back to life that is. But Cobb returns with no soul, a heartless, cruel man with one desire…to have Jake give him the third wish. And when Jake explains that the paw was lost in the confusion after the crash, Cobb systematically murders everyone Jake is close to in an effort to force him to make that last wish for him. But what is it that Cobb wants and how far will he go to get it?

What The Monkey’s Paw does well is create an interesting little universe to play itself out in. Set in New Orleans, the film is dripping with character and the atmosphere is so pervasive that I could literally smell the crawdaddies being steamed. It also has a group of young actors who essay their roles with aplomb and enthusiasm (Although Bleu takes his Cajun accent so much to the extreme that it’s literally impossible to make out what the f*ck he’s saying most of the time).

What the film does wrong is stop itself short when it seemed to be picking up a decent head of steam. While screenwriter Macon Blair has written a decent enough script that hits most of the expected beats, it feels like every time the film is gonna get especially scary & gruesome it instead cuts away to the next scene. This doesn’t happen often but it happens enough to be noticed and when it does happen it essentially stops the movie in its tracks, and that ain’t too good when you’re making a horror film…is it? It felt a lot like what a horror movie on the Lifetime channel might feel like. 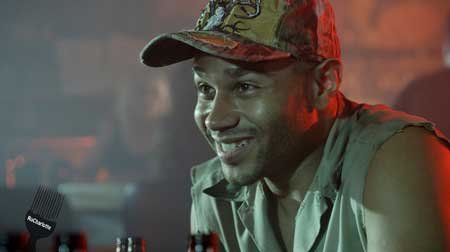 The best thing about the film is Stephen Lang’s performance. I immediately sensed a rumbling anger lurking underneath the character as soon as he’s introduced even though his first few scenes portray him as a good ole boy, the elder statesman of the warehouse if you will. It’s this inner anger that pours out of him after he’s resurrected and Lang plays the role to the hilt! He’s slowly decaying and becoming unhinged yet his retorts still retain some of the humor that the character displayed earlier in the film. The only hiccup in his performance comes in the end scenes when he loses his ability to speak and communicates with a series of grunts and growls that actually sound like they’re being uttered by a monkey. They sound silly and are definitely over the top but don’t mar his overall performance.

There’s a bit of gore here and one decent head splitting but the film was obviously produced with a mind to minimize the violence as much as possible without losing the essence of what’s happening onscreen. It’s no deal breaker but there are more than a few missed opportunities to really sell some of the violence to the audience and maybe, just maybe, scare the audience as well. But the film takes the safe way out 95% of the time and in doing so, pretty much completely eliminates the scares. And this is tragic since it’s obvious that a lot of effort was put into creating a creepy atmosphere here. But it does have some good performances that keeps it moving along nicely and when we find out what Cobb desires so badly, only the coldest of hearts would balk at trying to help him out.

The Monkey’s Paw is a better film than the last offering from Chiller Films (That would be Larry Fessenden’s lame killer fish opus “Beneath”) but not much better. While it’s entertaining enough for audiences that aren’t expecting too much of it, it sadly settles for the mundane when it could’ve been interesting. Nevertheless, it’s good enough for a weekend rental and still manages to be entertaining for most for most its running time. Lord knows I’ve seen far worse films this year…

The Monkey’s Paw is now available on bluray per Shout! Factory