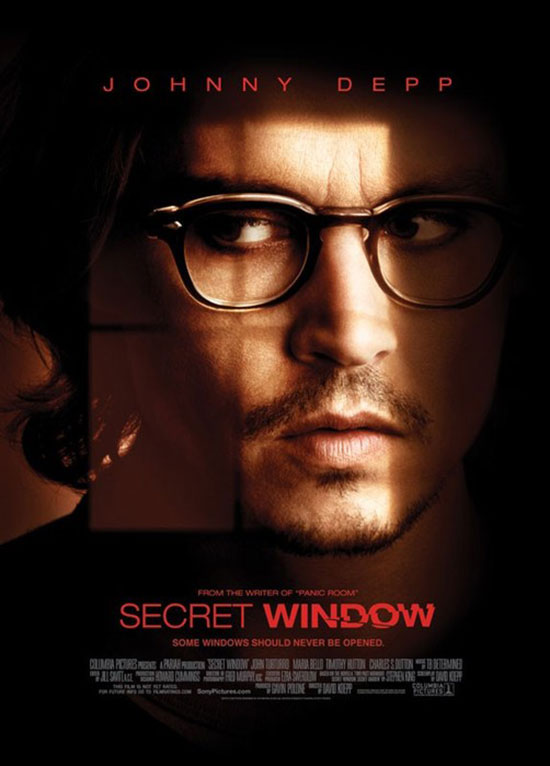 A writer is accused of plagiarism by a strange man, who then starts haunting him for “justice.”

David Koepp utilizes retro-camera shots, such as Citizen Kane-esque spins and long aerials, to cultivate the feel of a period in cinema when thrillers relied on the suspense of not knowing, rather than imminent danger. Johnny Depp brings, as he so often does, excellent character choices to the immature and defeated Mort, while John Turturro uses his height and southern-fried accent to play an especially intimidating figure as Shooter. The quick escalation from threats to violence is both harrowing yet believable, given the expert cast’s hard work, and the dialogue works well between Depp’s prolonged periods of grimacing and stumbling around his lake-side cabin.

Maria Bello also does a fine job playing the repentant and far more stable ex-wife, and she maintains some power in the role of the woman-caught-between-two-men, rather than folding, which the role could have led to with a lesser actor at the helm. Timothy Hutton shows promising physical acting in his role as “the other man”, and his tall Colin Hanks-esque figure is a good foil to Depp’s shorter, ragged Mort. Dutton doesn’t have a large role to fill, but he’s believable as the tough-guy for hire. All in all, there isn’t a weak link to be found on display, and each new scene is a pleasure to watch unfold. 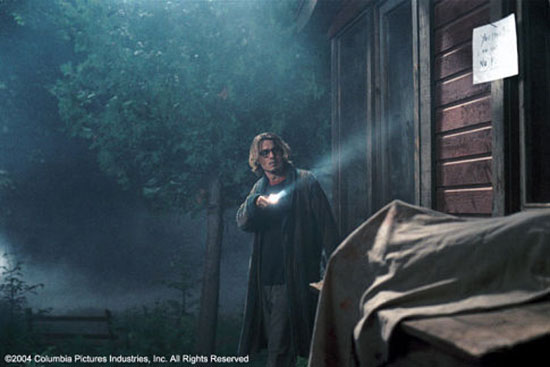 Thanks to Depp’s heavy-handed character choices, there’s a good deal of humor lining this horror tale, and while it may undercut some of the tension, the best plot aspects of Stephen King’s original short are kept on hand to make the film a success. It’s a joy to watch a movie where the danger is palpable, but the story and characterization take precedence as the driving force that keeps you engaged.

Perhaps the only thing that could have been more utilized in Secret Window’s winning combination of story and acting would be the sense of place that King so expertly brings to his rural environs. The delineation between the suburban life with his ex-wife that Mort left behind, and his solitary country digs, is visually present, but could be more strongly represented via other means. So often King begins his tales with narration, but even sans this device, Koepp may’ve been able to tap into the richness of secluded American towns with stronger yokel moments.

There are some of these, featuring backwoods law enforcement and local farmers, but they’re secondary in each case to the core cast. I’m reminded of strange scenes where walk-on roles stole the show, such as Al Pacino’s bit part in the much-maligned Gigli 2003; in moments like his while in that film, his performance brought all eyes on him, and still worked to improve the film as a whole, rather than take viewers out of it.

Overall, Secret Window is a wonderful throwback to a time when the thriller genre was still called mystery, and the term was well earned. The melding of Stephen King’s plot to fine acting and directing makes for a film both easy to watch, and worth following until the end.