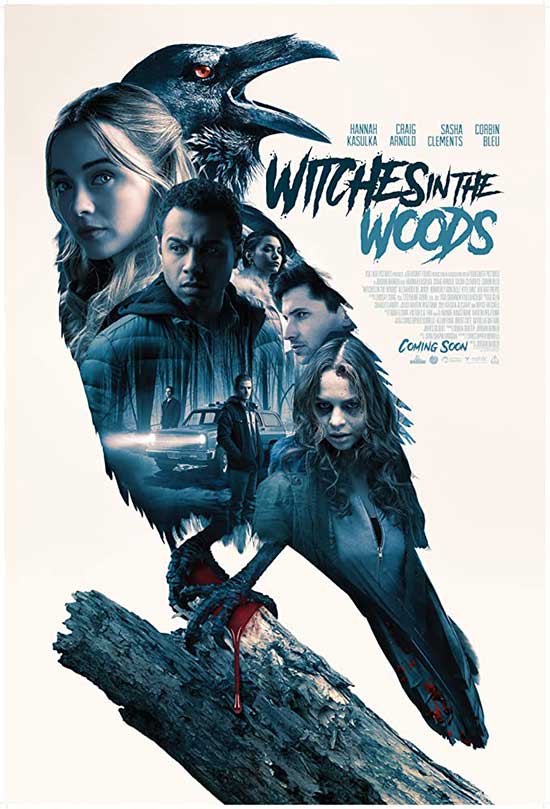 Jill, a tenacious UMass freshman, abandons her studies for an off-the-grid snowboarding trip. When their SUV mysteriously becomes lost, temperatures fall and the group dynamic unravels as a virtual and then literal witch hunt begins.

Those crazy college kids are at it again. Kids with their snowboarding, their team sports, their need to party, their group sexual assaults – you know, just college stuff, right?

A group of friends with a couple of odd additions decide to head into the snowy regions of the Northeast to drink, party and frolic in the snow. One of their group, supposedly familiar with the area, convinces everyone to use an abandoned and closed logging road as a shortcut to their party site. Before too long, they find that they have been driving for nearly 3 to 4 hours and are lost. 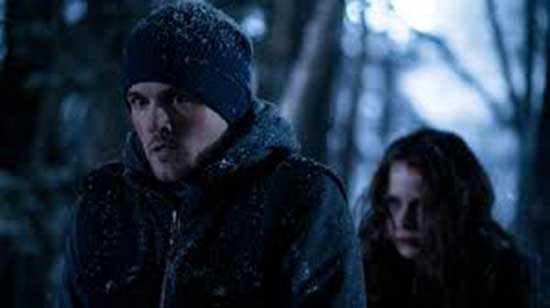 The group is already stressed. No one likes the new girlfriend of one of the guys. Another girl invited along was apparently the target of a group sexual assault at a party, which may have included some of the guys in the immediate group. Another girl is seeing a different member of the group behind her boyfriend’s back; her boyfriend is the driver of the vehicle.

The SUV gets stuck and then wrecked, stranding the group in the middle of a forest just as a huge snowstorm and plummeting temperatures hit the area.

Did we forget to mention that 12 women were killed because of suspected witchcraft in the area a couple hundred years or so in the past?

This is what you get with “Witches in the Woods”.

Let’s just get right to the problem with the film – the script. 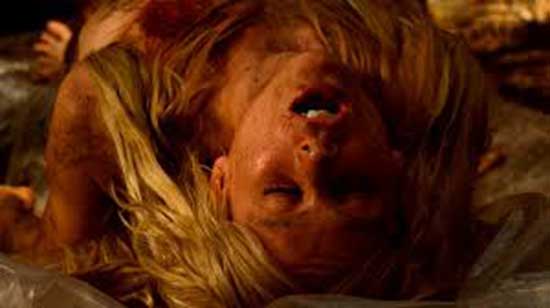 Oh, the dialogue is functional enough. The characters are all either tissue thin or built around clichés we pretty much expect. These things are standard for horror films churned out for VOD. You could even give scriptwriter Christopher Borrelli a touch of credit for attempting to weave the whole “he said/she said” concept of different perspectives into the narrative.

“Witches” suffers from what seems to be a lack of focus. You have the internal struggles of the characters – bitchy new girlfriend, cheating girlfriend, possible participants in the sexual assault of one of the people in the vehicle. That is more than enough fuel for a tense film once you have a group utterly at odds with each other suddenly stranded in a situation that could kill them all. But you are handed a story about supposed witches killed centuries back and expected to figure out if what happens is a curse or just humans being the animals we really are under our civility or a mix of the two. 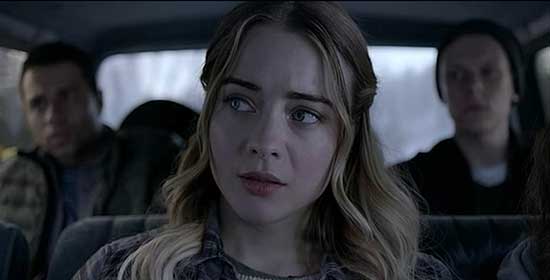 You have a totally human-caused incident, then you have the assault victim presenting signs of possession. Back and forth go the events, but there seems to be no continuity whether they are planned, accident, or part of a supernatural influence.

While it does not have to be crystal clear to the audience which is the case, the writer should always know the correct answer and craft the events so that they support that answer, even if they may not seem that way at first. To honest, Christopher Borrelli does not seem to know or even care about the root cause for all the death and violence in the script, and that feeling carries over to the audience before the film is even half over. 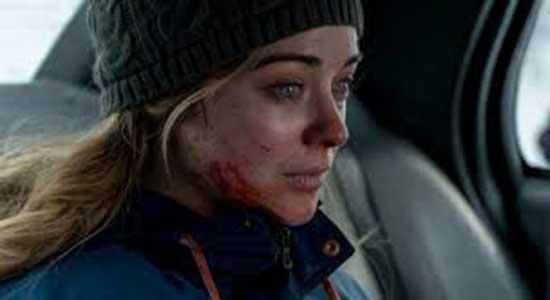 Beyond its one crippling issue, “Witches in the Woods” is watchable. The acting seems fine, though it is hard to tell with the limp, thin characters who do some very stupid things, often with poor motivation. Visually, the film excels with some beautiful shots of the forest that would be wonderful if set to some soothing music. The pacing is kept even enough that you stick with the movie while wondering how some of these characters survive a normal day given their actions.

Ignoring the unfocused script and frustrating characters, you could watch “Witches in the Woods” if you have to have a “horror” movie fix. Just be prepared to scratch your head at the unlikely group dynamics while seeing all of the wasted potential the film hints at but never embraces.