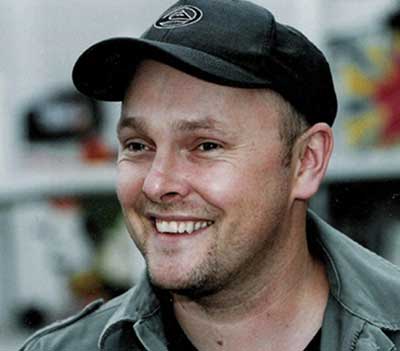 Julian Richards: Yes, that’s definitely the take on “Shiver”! It’s the story of a girl who’s attacked by a notorious serial killer and manages to survive and escape, but in surviving she becomes more of a target for his obsessions. So it’s her story, it’s her journey, it’s her rite of passage.

HNN: It was a bit unexpected for me actually because your killer, The Gryphon (John Jarratt), isn’t as smart as other notorious cinematic serial killers like Hannibal Lecter (Silence Of The Lambs) or John Doe (Se7en) but I got the impression that he was more evil than they were. The fact that Wendy (Danielle Harris) eclipses that sense of evil towards the end really surprised me. Maybe it was because Ms. Harris is an especially small woman in stature and when faced against someone as physically imposing as Jarratt is…lets just say that the ending surprised me! Was this something you had planned all along? 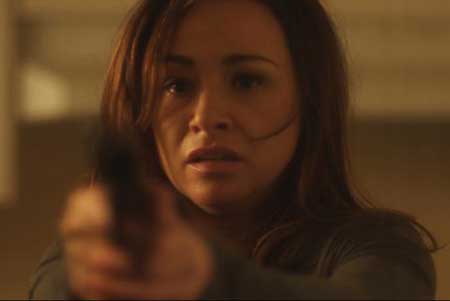 JR: It felt like Wendy should be a small woman. When auditions began for Wendy the first few actresses I saw were taller women, say 5′ 9″ or so, some slightly taller than that. But it wasn’t until I auditioned Danielle that I realized that they were all too tall! I actually auditioned her through Skype and she just felt like she was as close to the part as I could get. For me casting is everything, a film is only as good as its worst performance and if you get it wrong there really isn’t much of a chance to correct it during the shoot, its gotta be bulletproof. I like to cast actors/actresses that are as close to the characters they’re playing as possible. I know that Danielle comes across in most of her films as a tough, feisty character but she confessed to me that in reality she’s closer to Wendy than the other characters she’s played.

HNN: Do you often use Skype to audition actors? It seems to me that she had to have made quite an impression on you to have cast her from an audition in which you’re both in different cities.

JR: It’s the first time I’ve done it and I haven’t done it since but it worked, Skype’s amazing! Initially I thought I would talk to her on Skype and then fly out to L.A. to meet her a few weeks later and make my decision then. But actually I got all the information I needed from the Skype call and I was able to make the decision directly afterwards. I just phoned the producer, Robert D. Weinbach, and told him “We found our Wendy”!

HNN: Not that I’m not a fan but I have to admit that when I first found out that she was in the film the first thing I thought to myself was “Again? She’s in every other horror movie being released as of late”, but she’s really good in your film! How much of her performance was already in the script and how much of it was stuff she came up with during the shoot?

JR: It’s a combination. I think “Shiver” was an opportunity for Danielle to play a leading role, she’s in a lot of movies but she’s not the lead in them. In Shiver she is the lead, she’s in nearly every scene so this was a part that most young actresses dream of! It was an opportunity for her to show off her chops and she did. The material was there in the script and she brought it to life.

HNN: Let’s talk about the level of gore in the film for a minute. I thought that a lot of the violence & bloodshed was going to be implied rather than shown onscreen but (To my delight) you didn’t shy away from the gore much at all! Was it your intention to make the film as gory as it is all along?

JR: That was always the plan! For me if I’m making a horror film its got to be horrific. From the get go we were looking at all of the possibilities to sort of work those horror staples into the story but not in a sensational or exploitative way. It needed to be done with style and in the context of the story because “Shiver” isn’t necessarily a straight out horror film, It’s more a combination of a Crime/Thriller/Horror film that is similar to “The Bone Collector” or “Along Comes A Spider”. It’s that kind of film and I feel that, especially with today’s audience, when you get to a horrific moment in a film…you really have to show it to them.

HNN: Had you read the book (By Brian Harper) before going into production?

JR: I read the screenplay and having done that I thought I had to read the book as well. Actually I found that there was very little difference between the two, the screenplay had pretty much stayed very true to the novel. Almost word for word but that was one of the problems we faced making the film because the book takes place in the 80’s and the script was also set about 15 years ago so we had to bring everything up to date. Some of the exposition that you normally get in a novel had found its way into the script as well so the whole process of working with the cast in going through the screenplay became an issue as well. So we were always working on trying to refine it and then refine it some more! 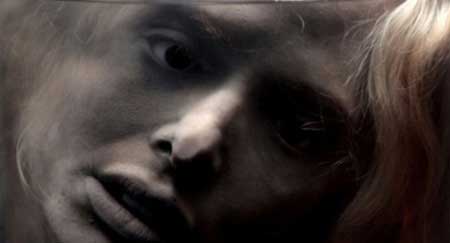 HNN: Was John Jarratt always your first choice to play the Gryphon?

JR: Well I’ve been a fan of John’s since “Wolf Creek” but he was involved with this project before I came on as its director. So when our producer told me that John was already on board as the killer I thought “Wow…I get to work with the guy from “Wolf Creek”! But then I remembered he’s Australian and he’s a big redneck kind of guy and he’s playing a very different sort of character for him in “Shiver” so alarm bells began to ring in my head as I realized I hadn’t talked to him yet, I hadn’t Skype’d him as I did Danielle! So I had to wait for him to turn up in pre-production before I could get a grasp of what exactly his approach was going to be, and it was very surprising, very unexpected. I think John wanted to do something very, very different to what he had done in “Wolf Creek”.

HNN: Did you have auditions for the roles that Casper Van Diem and Rae Dawn Chong ended up playing?

JR: Rae was also attached to the project before I came on board but I’ve always been a fan of hers so it was a fantastic opportunity to find myself on set with her. I met Casper in Santa Monica a few weeks before production had begun and originally we were going to be filming in Saskatchewan with Luke Goss in the role of Detective Delgado but when we had to change our schedule Luke was no longer available to play the role but Casper was available and I really had a great experience working with him. He’s very energetic, creative, generous and full of ideas as well! Everyday he would come to the set with a new idea and I took a shine to a lot of his ideas as well! For example, the Gryphon that Jarratt’s character sculpts…Casper has an uncle in Portland, Oregon who’s a sculptor and Casper suggested that we use his uncle to sculpt the Gryphon and we did that. Then Casper suggested that maybe Jarratt’s character should have lots of these statues in his home so we got his uncle to sculpt some extra Gryphon sculptures for the film. Everyone was coming in with contributions and ideas for the film, it was a very creative process. 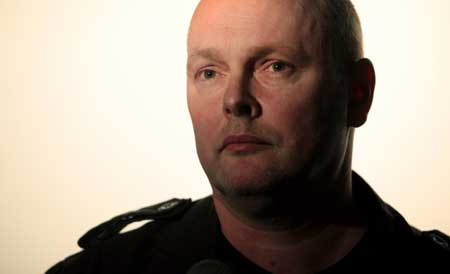 HNN: One more question about your cast, I was wondering how you came about casting Valerie Harper as Wendy’s mother? She isn’t a face you usually see in a horror film and I thought it was refreshing to see her here even if it was only for a few scenes.

JR: There were a few scenes that we didn’t get to shoot in Portland and Valerie’s character was featured in one of them. We had a wish list of about 10 actresses to play the part and it was a case of looking for a good match with Danielle. We wanted someone local who lived in Los Angeles so we wouldn’t have to fly them in and I think as a result of those prerequisites the list was whittled down to 2 or 3 actresses and Valerie happened to be one of them. She came to a meeting and I thought she was a really good fit for the part. The rest is history.

HNN: I had a question about an effect scene that takes place midway through the film involving the Gryphon waylaying a couple of policemen. He slices the throat of one of the cops and I immediately noticed that CGI blood was used instead of a practical makeup effect. It only takes a second but it’s there and I was wondering why you decided to go that route in that scene since the rest of the makeup effects in the film were achieved with practical effect work?

JR: Neck slices are really hard to get right! I’ve used them in a few of my films and I’ve always had to redo and redo them, you can never get the timing right between the knife going across the throat and the blood spurting out, not the first time anyway. Basically what we shot on location didn’t work but unfortunately I didn’t have anything to do with the CGI effect that was used in the final cut. That was added after I had left the project…

HNN: And what did you think of it?

HNN: OK! I didn’t want to use that word but since you did I’ll agree with you!

JR: I would’ve just played it in the shadows, off the back of the victim’s head without seeing anything.

HNN: Is the horror genre the one you want to stick to in the future?

JR: I got into film making through my fan boy obsessions with horror films when I was a kid. I started making horror films on super 8 when I was 13 and I haven’t really stopped! I’ve evolved as a horror film maker and I still find it a very challenging genre but while I still have horror films I want to make, I don’t want to just make horror films…there are other genre’s that I’m into. For example I have a romantic comedy called “Hollywood and Vine” that I’d like to do and I’m particularly taken by action thrillers as well, I’m a big fan of “The Raid” and films like that.

HNN: I loved that film! Is something like that up next for you?

JR: I have a couple of projects in the pipeline and financing is going to dictate which one of them comes up next for me. It’s likely to be an ultra dark psychological thriller called “Suicide Solution” about a stepfather and his young daughter on a murder spree…! 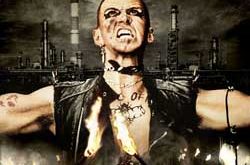 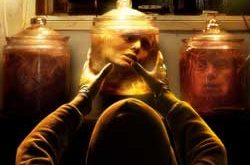