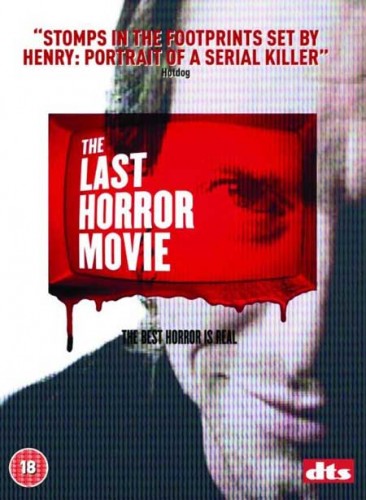 A serial killer uses a horror video rental to lure his next victim. What begins as a teen slasher transforms into a disturbing journey through the mind of Max Parry, a mild mannered wedding photographer with a taste for human flesh.

The Last Horror Movie is a British horror film that seems to straddle the line between original movie and clichéd serial killer film.  The good aspects of this movie make it hard to dislike entirely but it also does not shy away from being very familiar to other works of horror. The makeup and effects are great given the small budget. The film has moments that are creepy and even trick beginning, which captivated me early on. 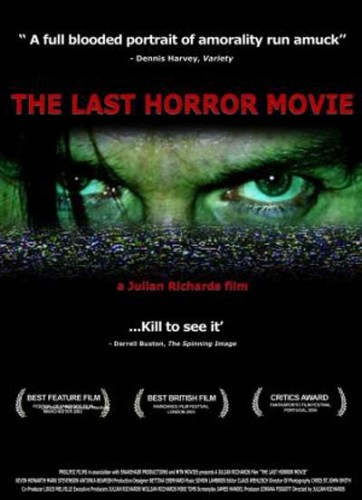 The Last Horror Movie begins as a stereotypical horror film, with bad dialogue and poor acting. As it turns out, this is a video that the viewer supposedly rented and is being taped over. We are introduced to Max, played by Kevin Howarth, who narrates the film with an unnamed cameraman turning it into a found footage video diary.  Max stalks and kills people all while narrating to the camera. 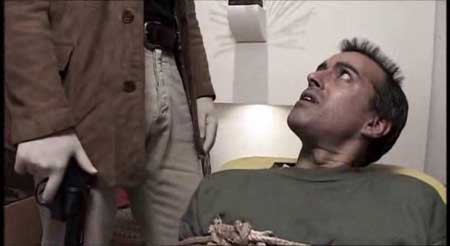 Max’s attempt to make an intelligent movie about murder is his attempt to make a statement about life in general. The problem is that narrating to the camera about how cheap life can be does not make you Oscar Wilde.  There are dozens of movies that seem borrowed from to make this story work. The television show Dexter and the movie American Psycho both have killers that narrate what they do and they are still charming and likable protagonists. Max wants to come off like a sophisticated Hannibal Lecter but at best he comes off like an acolyte of the philosophy of Henry: Portrait of a Serial Killer. 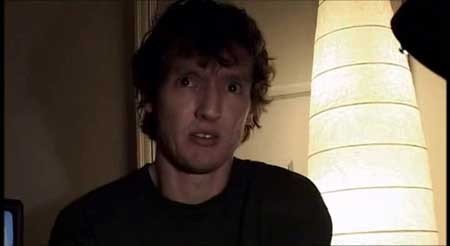 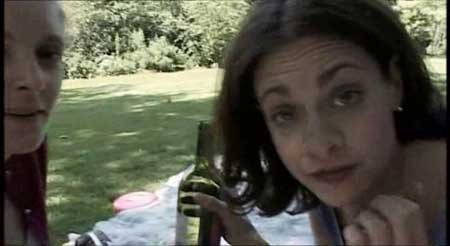 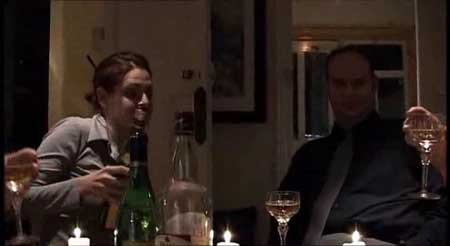 In one scene Max asks one of his friends to be honest to him, and from what I could tell, the friend was absolutely spot on about Max but there was no lesson gained from the story and Max seemed to be after a catharsis that eludes him. The strange thing is that Max does not seem to care. He still will not stop killing and he says that his body count is over 50, which would make him one of the most prolific serial killers in Britain. 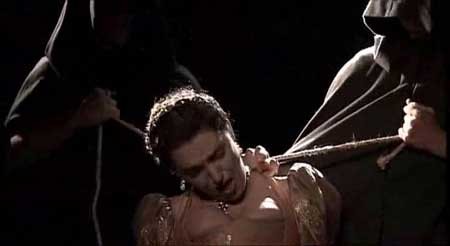 Despite the flaws, there are a few things that make this movie really stand out. The effects and the makeup for the killings are really well done. Considering the budget, they do stand out. The problem is that many of the actors are not able to perform the adequate emotions required for terror and death. The story is okay but has some large holes. For example: Max inevitably takes this video and gives it to a video rental place and follows the people that rent it home so they can watch it and he can kill them. What if they do not watch the movie right away? Why doesn’t anyone report the video they rented being recorded over with a snuff film? Who returns the video once they are dead? If he is the person returning videos wouldn’t that be obvious to investigators. 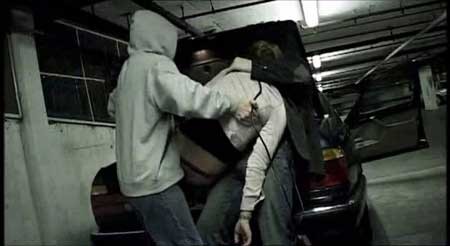 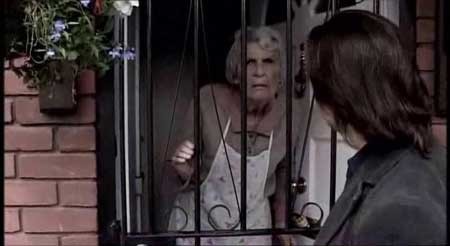 I understand that the writer wants to make the viewer feel like they will be killed after watching this movie. This gimmick feels like a touch of William Castle, which is creepy and cool in it’s own right. Perhaps if we watched him doing these killings more it would be a more effective scare. Instead we watch Max workout and brag to the camera how good of a killer he is. Watching a killer exercise is expected in a movie like American Psycho where it is a narrative on yuppie culture of consumerism but in The Last Horror Movie it comes off as silly. 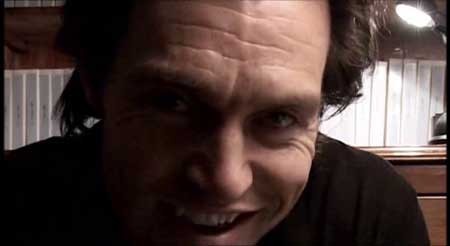 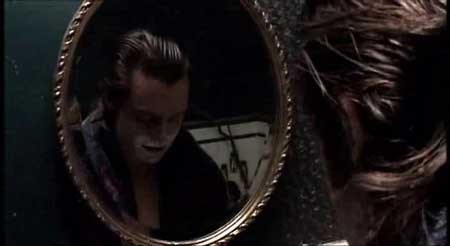 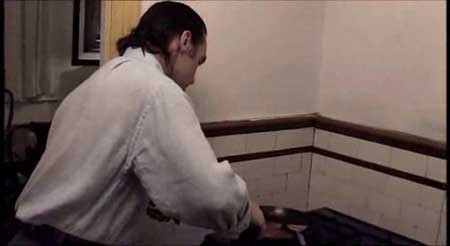 The Last Horror Movie is not a bad movie. It is worth renting if you are looking for something to cleanse the palate between other movies or just want something that is quirky enough to be interesting but doesn’t go all out on the scares. The effects are good and the movie is paced well. As a horror fan this movie is too milquetoast to be memorable, but it id definitely a decent attempt to create a charismatic killer.