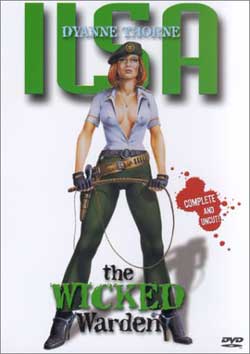 Ilsa, now a vicious warden, runs a mental-hospital for young women. A girl deliberately “checks” in to the hospital to find out what has happened to her sister who stayed there. Meanwhile Ilsa and one of the guards are forcing the inmates to have sex with male prisoners, filming them and selling it as p*rnoflicks

Before we begin, a quick disclaimer alongside a bit of trivia. For anyone looking for more Nazi nastiness, a la Ilsa: She Wolf of the SS, you may be a bit disappointed. This is not really a sequel. Technically, when the movie in question was released, it was called Greta the Mad Butcher. Years later, a company owning the rights changed the name to Ilsa, the Wicked Warden based on Dyanne Thorne’s very similar character portrayal in the Ilsa movies. They even went in and tried to blank out instances when the name “Greta” is spoken. Actually, the movie has gone under a bunch of names. Along with the two already mentioned, add in Ilsa: Absolute Power, Greta the Sadist, Greta the Mad Butcher, Greta the Torturer, and Wanda the Wicked Warden. All of these titles, except maybe the Wanda one, make complete sense, as Thorne’s character fits every adjective listed. 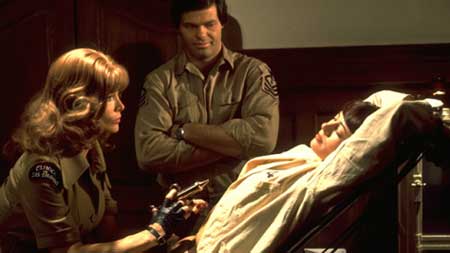 Based on true events, Ilsa, the Wicked Warden is another sleazy, women behind bars exploitation film directed by the legendary Jesus Franco (Faceless, The Awful Dr. Orlof, Vampyros Lesbos, and about two hundred others). We open in South America, at a mental hospital exclusively for women suffering from “sexual deviances”, specifically in the shower as a dozen or so nude women giggle and clean themselves. One of them screams, distracting the guards, and another of them runs off. She is able to escape, but she is shot and stumbles to the home of Dr. Arcos (played by the director himself). She incoherently mumbles something about torture and abuse and shock treatment. As he attempts to call the police, Greta (Thorne) appears at his door with two guards to take her back. 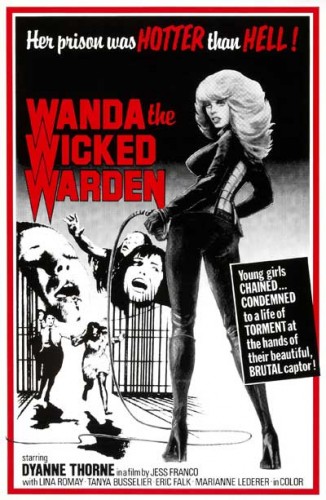 When we next see the doctor, he is talking to a roomful of business men, begging them to investigate Las Palomas mental health facility. They agree that it sounds shady, but without better evidence or witnesses there is nothing they can do. A woman named Abbie (Tania Busselier, a familiar face in Franco’s films) tells Dr. Arcos that she will go undercover and demands that he commit her. She tells him that the woman who came to him, Rosa, was her sister.

And so we go into the hospital. Abbie is stripped and hosed down, then given her uniform consisting solely of a shirt. In other words, every female prisoner throughout the movie is half naked (although most times you see everything). She is given her number, by which she is to be addressed, further stripping away her individuality. And she meets Juana, #10, who is the lead bad girl inmate of the all-girl facility. Juana is played by Lina Romay, no stranger to women in prison films OR Jesus Franco films, and later on playing the permanent role of Franco’s wife in real life. Of course, Juana has a special relationship set up with Greta, giving her more freedoms than others, but not without paying a price. 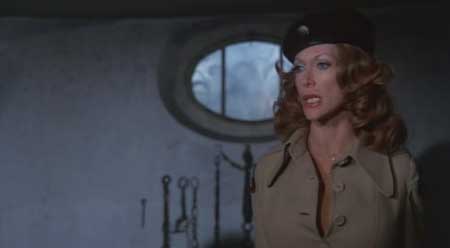 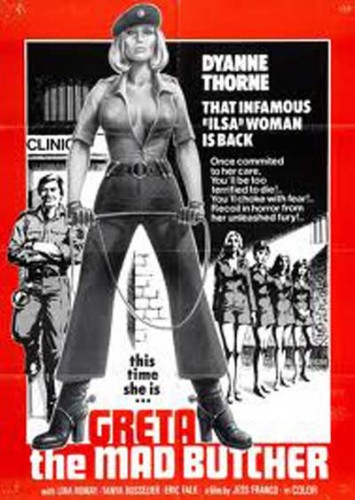 Abbie spends her time asking around about her sister. In the meantime, she ends up fighting Juana in a very sleazy shower fight scene, surrounded by dozens of cheering naked women. Abbie is thrown in solitary confinement, where she learns from another prisoner that the clinic doubles as a political prison for the corrupt government. Around the same time, we learn that the doctors use the patients for a series of black market p*rn films. Oh, and there are a bunch of half-naked women, some scarred from previous torture, wandering around a mental health facility. What more could you ask for from an exploitation film? 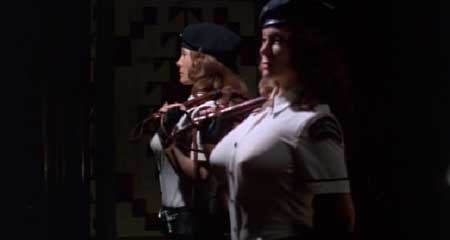 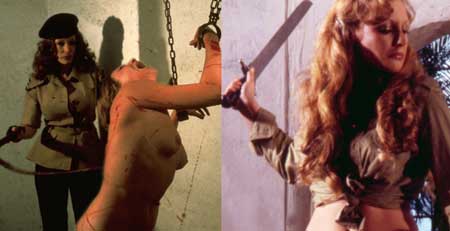 When looked at as a sequel to the original Ilsa movie, Ilsa, the Wicked Warden is certainly dirty, but not quite as vicious (I only say this because it’s considered a sequel, something we have already discussed). The idea of what is going on is worse than what we actually see. But there are certainly cringe-worthy moments. In the obligatory girl-on-girl scene, a nude Greta slowly pushes needles into an equally nude Juana’s breasts and stomach before pressing herself down onto her. After the contact for the p*rn films says they viewers need more males in the movies, Greta borrows a handful of violent inmates, then throws a handful of feeble prisoners to them and films the resulting atrocities. Abbie is given a shot of acid into her private parts, not that we see it, but we know that it happens. And what ends up the worst of all scenes (minus the end, which I will not spoil but rather just say is vile), Juana demands an apology from Abbie before giving her any information about Rosa. She doesn’t want words. First, she makes Abbie lick her boots. Then she makes her lick her culo clean, just after standing up from the toilet and complaining about diarrhea. 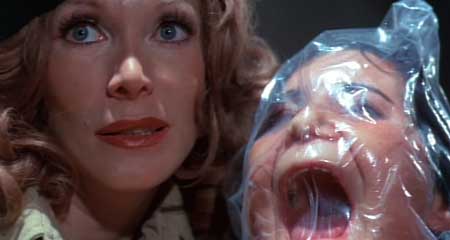 Ilsa, the Wicked Warden has everything you’d suspect from a women in prison film, making it pretty much resemble every one that you’ve already seen. There is almost constant nudity, an ever-present sadism, and horrific torture. There is also some bad acting and some weirdness. At one point, Greta has a long, drawn out seduction/sex scene with the director of the prison system. For some reason, the scene is almost entirely blurry, until the times when the action takes place behind a glass sitting on the table. And is it me, or is the guy she is with the original Ron Burgundy? But in the end, the film accomplishes everything we imagine it set out to do, and we are left with a scene reminiscent of Bloodsucking Freaks to leave us feeling unsettled. Certainly not a waste of time, just don’t expect anything near what Ilsa: She Wolf of the SS originally provided.