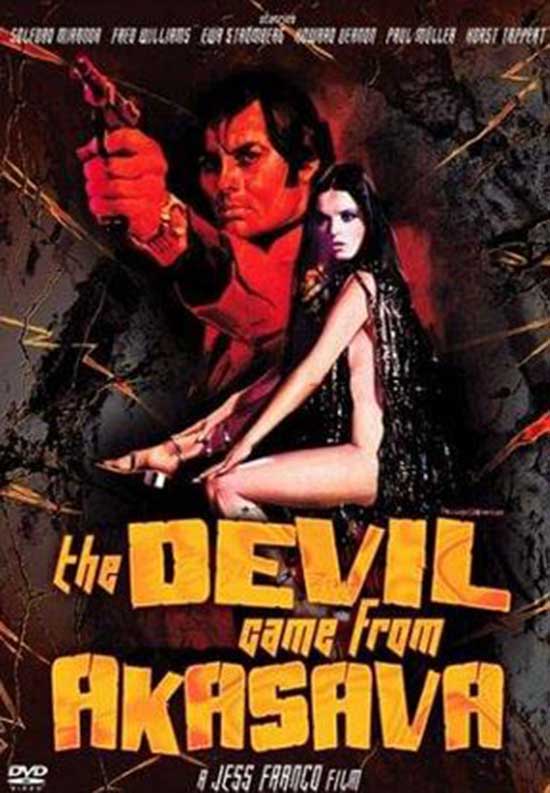 A mineral is discovered which can turn metal to gold or humans into zombies. When the mineral is stolen, secret agents are sent in to get the mineral back!

The first time I tried to watch The Devil Came from Akasava, it was entirely in German without any English subtitles. This led to some confusion since the movie appeared to be some kind of spy thriller that was fairly dialogue-heavy. I had a vague idea what was going on, so I reached out to the High Sheriffs to see if they could find a translation. They quickly found one, and I had hoped that the movie would actually make sense once I knew what everyone was saying. 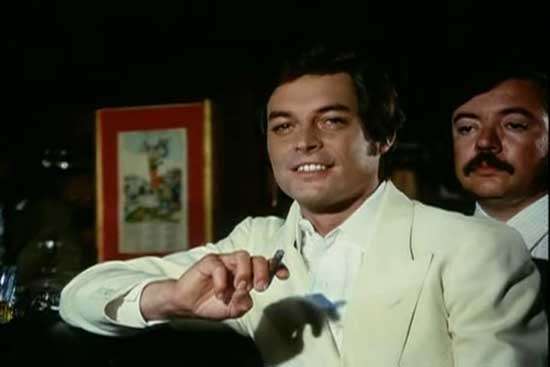 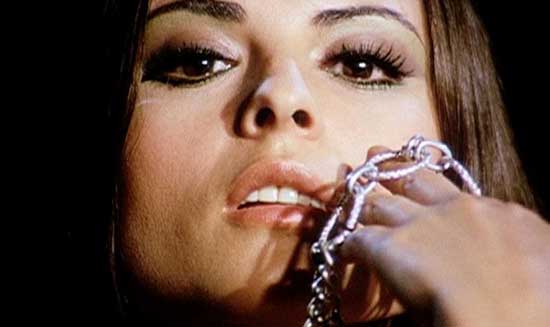 It really didn’t, and I should have expected that.

The Devil Came from Akasava is a wannabe James Bond-style flick, centering around a mysterious crystal found in a cavern. It theoretically could give whoever possesses it unimaginable power, but it can also kill anyone directly exposed to it if they’re not wearing the right kind of protective garments. After the professor that found it disappears and the crystal is stolen, a bunch of special agents goes looking for clues to what happened. During the search for answers, two British agents start to fall in love.

The main problem with this movie is that it’s not all that interesting. It plods along, never doing anything to make it exciting or build any kind of tension. Sure, there are a few action scenes, but they’re mediocre at best and lack any real sizzle. The story is predictable to the point that you’ll figure out who the main villains are fairly quickly as long as you have a functioning brain stem. None of the plot twists will surprise you. If the film provided the main character to care about, there might be something here. 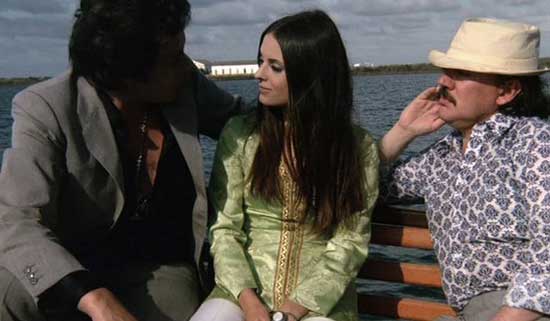 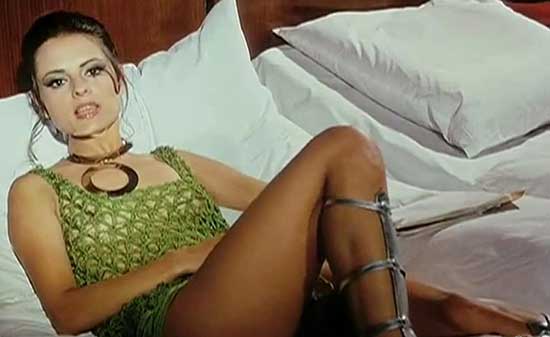 However, our hero, Rex Forrester, has the personality of dried toast and is about as effective as a spy. Despite everyone repeatedly remarking how charming he is, he shows absolutely none. The filmmakers certainly want you to think so and seem to think if they have enough people mention it enough times, it’ll make it true. The fact that he almost always gets his ass kicked in each fight scene doesn’t help his case. He seems so useless that it’s a miracle he lived through training much less become a full-fledged spy. It’s like the people behind the scenes wanted to make a character similar to James Bond, but didn’t understand anything about what made people like Bond in the first place. 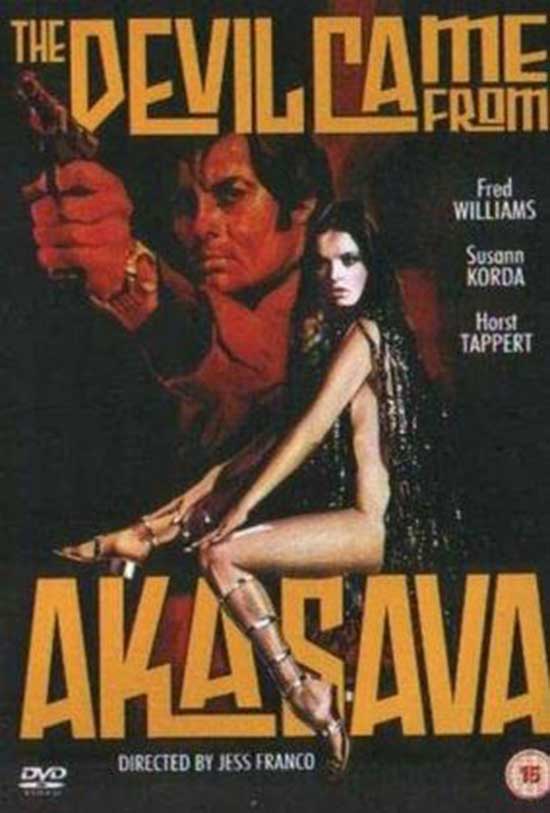 The only interesting thing about the movie is actress Soledad Miranda. Not only does her character seem slightly more competent than Rex Forrester, but she has a natural exotic beauty that is alluring. Her charisma was off the charts, and it’s no wonder that director Jesus Franco cast her. Anyone familiar with Franco’s career knows that his films tend to be loaded with nudity and skirts the edges of being porn. Luckily, he toned down the sexual elements to fall in line to what was standard for James Bond-inspired films. However, toned down does not mean excised. He didn’t waste time contriving reasons to have Soledad Miranda to go topless, and maybe I’m just a pig, but those moments were the only time this film had any spark to it. It wasn’t enough to redeem the movie, but it was at least something. 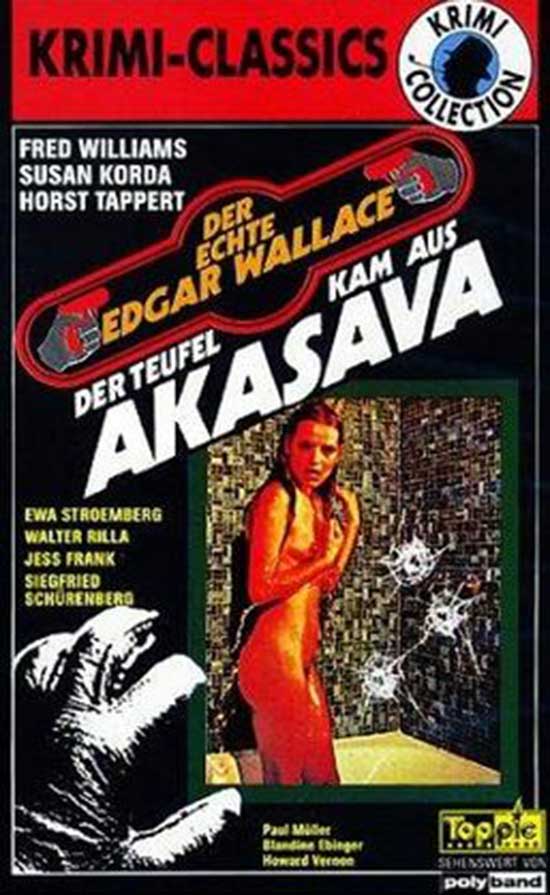 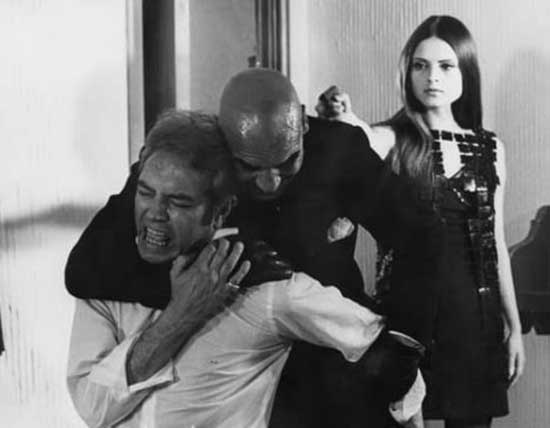 When the best part about a non-porn flick is the few nude scenes of one actress, it’s in trouble. The story, the characters, and the script do this film little justice. It fails at being suspenseful, entertaining, or interesting. It just plods along to its conclusion, leaving anyone who sat through it feeling lucky that it’s finally over. If it was for Soledad Miranda showing off her “plot devices”, I might have fallen asleep. There really isn’t anything to recommend here. It’s not that fun kind of “bad” movie that you’ll enjoy laughing at. It’s just bad. It’s not Jesus Franco’s worst film, but it comes close. You might want to give him credit for stepping outside the horror genre, but I can’t say that I do if the end result is crap like The Devil Came from Akasava. 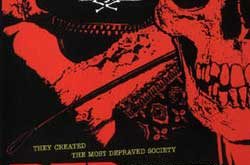