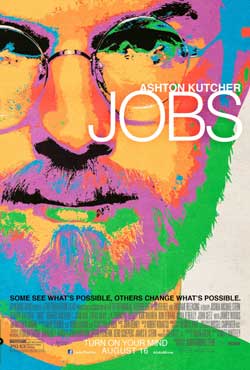 The story of Steve Jobs’ ascension from college dropout into one of the most revered creative entrepreneurs of the 20th century.

Any film about Steve Jobs, tends to get my attention. Even with his same story re-told in different variations, it still is a remarkable one to hear. For me… it hits closer to home living many years just down the street from Apple. Never knowing the man or working for Apple, I can still relate to his surroundings and Silicon valley mentality that was evident in the area. 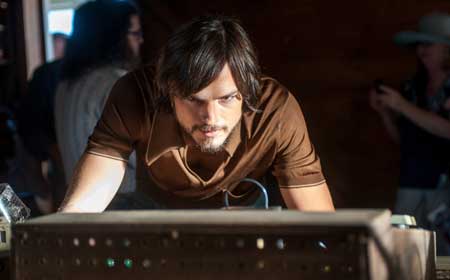 In short, for viewers who don’t know the story or are familiar with the details of Mr. Jobs (thru the many documentaries and films), this an overall great experience. For the record, I still think that “Pirates of Silicon Valley” is THE preferred one to see, despite Ashton Kutcher’s inclusion in this film.

On that note, I think it is a great way to start. On one hand, you have to give the boy credit for doing his best. As I was watching this it became clear that perhaps Kutcher spent more time on Steve Jobs profile pictures than practicing his voice particulars. It also became clear that Kutcher (and ……well the writers) got caught up in Job’s infamous reports of being “hard to work with” rather than his more special qualities. Though don’t get me wrong, the film does touch on those, however it was about the half way point that I began to think maybe they should have titled this film “ass-hole”, rather than Jobs. Most will walk away from this one feeling that the screen writers wanted to emphasize the drama of Steve Jobs dark elements more than anything else. 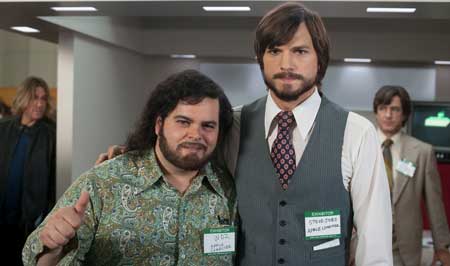 As reported in the many reviews already posted (some by folks who had a closer relationship to Steve) “Jobs” is indeed a Hollywood movie and one that for the sake of the film’s length, leaves out many important details. As they say,…”the devil is in the details” which when being left out create gaps in Jobs story. Unfortunately, the left out details make for an incomplete presentation.

Obvious details such as Jobs years and relationship particulars with Bill Gates, his entry into business with his (earlier years) blue box creations and the filler portions in between Jobs departure from Apple that include his Pixar stints. It is also worthy to note, that Jobs was first inspired by his demo visit at Xerox which was completely absent from the movie. Techies will also remember that Steve Jobs shut down the Mac clone industry soon after rejoining back with Apple, most notably Power Computing.

Though while these kind of details are ones that are more likely saved for longer novels about Steve Jobs and his history, they do tend to connect many of the dots. What do we get instead? We get an angry Ashton Kutcher who spends more time yelling at his coworkers, disengaged from his family and back stabbing as many friends as he can. This perspective of alluding to his genius by pure tunnel focused determination feels a bit disjointed at times. My advice for viewers is to seek out some of the more in depth interviews Jobs has done to get a better sense of the man, rather than buying completely into Kutcher’s version. Better yet, seek out “Pirates of Silicon Valley”, which is a better told and better acted version of Steve Jobs. (I’m a bigger fan of Noah Wyle’s interpretation).

The film in summary takes a look at the life of Steve jobs, beginning with his older frail appearance which lead to his death in 2011. The story quickly flips to his college days leading up thru his life with starting Apple, growing Apple and then his much noted departure from Apple. It does move pretty quickly thru some of these life points which may lose a few people in the later parts of the film. The idea was to show how a savvy computer vision minded individual rose from garage to million dollar stock holder creating a technology and approach that wasn’t invented to full effect at the time. In other words, the world was in need of great vision to propel the invention of great things. This idea which was inspired elsewhere would go on to also inspire Microsoft to introduce its version called Windows. The film does take a minute to include this notion by one angry Jobs screaming into the phone to Microsoft founder Bill Gates. It also leaves that gap absent from the rest of the film. 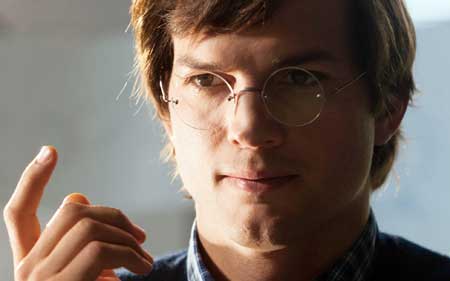 What is my ultimate takeaway? I feel Ashton did his best, but wasn’t entirely the right man for the “Job”. The story is engaging, if not by pure osmosis, but is not the story that most Silicon Valley heads would embrace. I feel it is a film made for the consumers and yet somehow doesn’t “sizzle” in the same way that the recent “Social Network” film (Face book story) does. As a product it will find its way into a drama driven cult-ish inclusion that will be forever noted as not being entirely correct.

It is a film that downplays Wozniak’s part in Apple and focused more on Steve Jobs dark side than anything. Despite all that, it’s good enough that it still deserves a watch. Word is, is that this is not the ONLY Steve Jobs life story product to arrive (with word of another in production already). The jury is still out for the “best of” the crop.