Home | In The House Of Flies Set for Distribution

In The House Of Flies Set for Distribution

Black Fawn Distribution is set to officially release the horror/thriller “In the House of Flies” on Tuesday October 8th, 2013. Black Fawn Distribution has been responsible for releasing quality genre films over the last year including “If a Tree Falls, “Devil’s Night” and “The Legend of the Psychotic Forest Ranger.” “In The House of Flies” marks the company’s fourth release in an ever growing catalog of Canadian horror films. 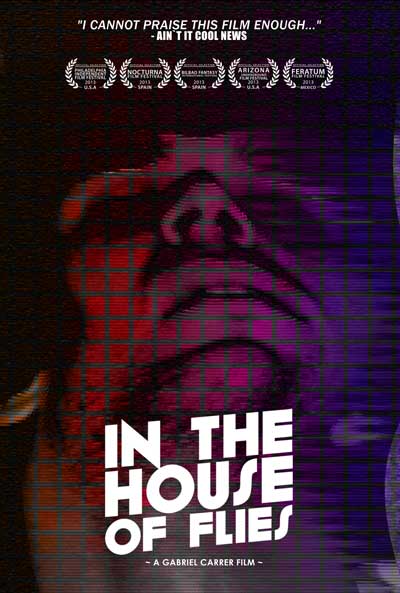 Directed by Gabriel Carrer (If a Tree Falls, Desperate Souls) and staring Ryan Kotack, Lindsay Smith and Ryan Barrett (Neverlost, Ejecta, The Post Lifers), “In the House of Flies” is a slow burn horror/thriller set in the late 1980s. The film revolves around the captivity of a young couple as their abductor torments them with no explanation for his motives. It’s a truly terrifying experience as it places the audience in the shoes of the film’s protagonists, revealing only what they see and the horror that they’re subjected to.

““In the House of Flies” is a very personal project for myself and [writer] Angus McLellan,” explains director Gabriel Carrer. “My background is in theatre and so I wanted to helm something that returned me to my roots and explored the simple elements of horror. I wanted to work on something that had more of a theatrical experience to it during the filming process. Everything from the set, the performances and even the scene changes were based on stage nuances. It was a challenge directing only two actors in a small crammed space but it gave me the opportunity to really explore delivery and composition.” 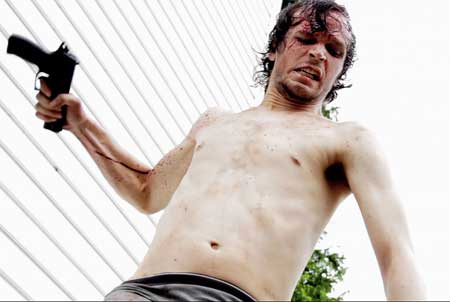 It’s a sentiment that’s been shared by audiences and critics worldwide as “In the House of Flies” has screened at multiple film festivals around the world including Spain’s Bilbao Fantasy Film Festival, Mexico’s Feratum Film Festival and Toronto’s Blood In The Snow Film Festival where it received Best Feature and Best Director honors. In addition, Ain’t It Cool News said this about the film: “I can’t praise this film enough for how successful it was at making such a simple story so emotionally taxing, so intricately detailed, and so heavily nuanced.”

“I think that when you look at horror films today, there’s a lot of emphasis placed on how much blood you can spill,” states Black Fawn Distribution’s Sales Manager C.F. Benner. “Horror fans love those films just like we do but, sometimes it’s the psychological horror that’s the most terrifying. I think that’s what audiences are really going to love about “In the House of Flies.” It’s a really visceral experience that’s grounded in the real world.” 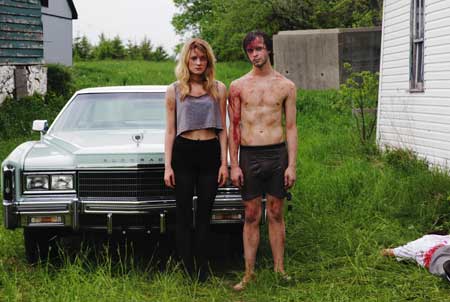 The “In the House of Flies” DVD comes packed with special features including deleted scenes, trailers and an exclusive behind the scenes documentary of the filmmakers’ trip to Spain for their European premiere. “In the House of Flies” can be pre-ordered now on DVD or as part of a limited edition package at www.blackfawndistribution.com/BFD-ITHOF-PREORDER.html

The “In the House of Flies” trailer can be seen here:

Tags Black Fawn Distribution In the House of Flies 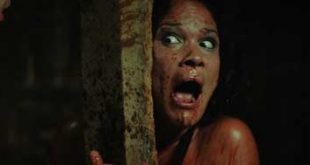 IN THE HOUSE OF FLIES Acquired by Parade Deck Films