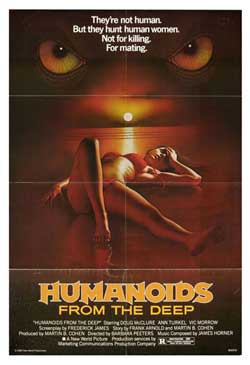 Scientific experiments backfire and produce horrific mutations: halfman, halffish which terrorize a small fishing village by killing the men and raping the women.

As a connossieur of B-movie cinema, it’s important that Humanoids from the Deep be a part of your viewing experience. Not only does it have all of the requisite genre characteristics, it also features Roger Corman as executive producer. That the man had an ample hand making this film is no question; in fact, he’s probably one of the sole reasons that Humanoids is so trashy. That’s because, without a few key scenes, this film could have stood reasonably well as a monster movie suitable for most viewers, and no offense would be taken. 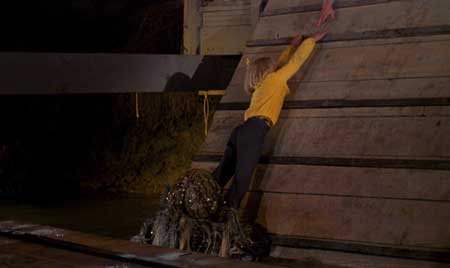 Director Barbara Peeters offers the viewer a compelling plot early in the film. The small podunk town of Noyo, famous for its salmon fishing, is our setting – a nice place to live if you agree with the bigoted town mindset, and probably not so good a place if you’re Native American like Johnny Eagle (Anthony Pena). Immediately it’s obvious that there’s something fishy in the water, and not just the salmon. There are big human-like (read: humanoid) creatures roaming the water near shore, and they’re not very happy with the human race. Instead, they’d like to kill everyone in Noyo since they consider them a competitor for food supply, and then they’d like to use the women as a spawning place for their little babies. 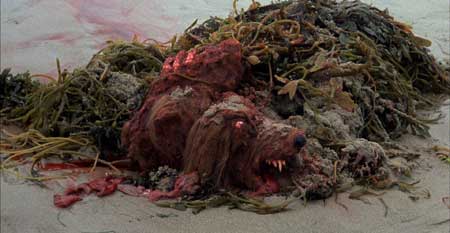 It’s acceptable practice to depict the humanoids ripping human faces and killing a young child in the water, but it’s a different story entirely when it comes to the humanoids raping and impregnating all the young, nubile women of Noyo. This was Corman’s idea, of course, and throughout Humanoids, the story finds time to get naked women near the water’s edge so dudes in fishman suits can crawl all over them. 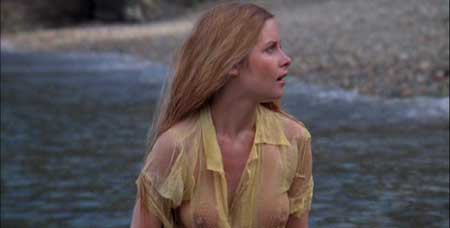 It’s uncomfortable at first, but Humanoids doesn’t linger too long on these scenes. Instead, it shifts back to Peeter’s rather interesting dialogue about small-town racism, scientific progress, and the pollution of our seawater. Though the film doesn’t get into specifics, our salmon scientist Dr. Susan Drake (Ann Turkel) informs us that, yeah, the genetic testing on salmon has probably caused some evolution of sea life that has led to these humanoids. Dangerous science, man!

Doug McClure looks super serious throughout as Jim, and he does a good job duking it out with Hank Slattery (Vic Morrow, who’s sporting an epic mustache). The friendship between him and Johnny is sort of a defining feature of Humanoids – Jim sheds the racism, even if he doesn’t agree with Johnny’s mindset. This is a big step for a film that’s pretty exploitative towards women, and it’s sort of refreshing to see this horror film tackle something larger than big-boobed women and gory encounters. 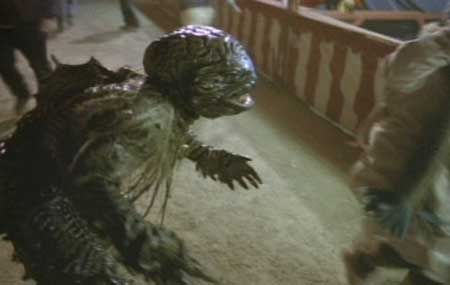 The movie alternates back and forth between random people encountering violent ends at the hands of the humanoids and Jim, Johnny, and Dr. Drake trying to figure out just what the humanoids are. The weird thing about Humanoids is that it jumps right into the story without introducing strong characters specifically; but Jim and Johnny shine through the plot anyway, simply because of the way that they react to situations.

There’s a climactic final scene at Noyo’s annual salmon fest that draws a good similarity between salmon and the humanoids of the film. The “spawning” that occurs on the night is bloody and orgiastic, and the hilarity that ensues is enough to warrant watching the rest of the film. But Humanoids is fun anyway – there’s nothing here that would be offputting for any horror fan besides the stale performance from Turkel (who didn’t want her name in the credits after Corman’s additions).

Humanoids from the Deep is classic B-movie monster madness, and it doesn’t get much better than this. It’s got everything you could want from a Corman movie – with a few affecting themes that rival the film’s simple classification of “exploitation.”