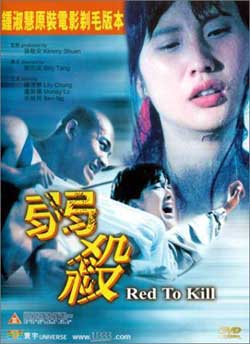 A psychopathic rapist, who attacks women that wear red, runs a home for retarded children and rapes a girl there who he sees wearing a red dress, leading to a revenge plot by the girl’s social worker

Hell-o, seekers of the extreme. Look no further than Hong Kong for the twisted and somewhat amusing cinema that has slithered overseas these days. When I first viewed Tetsuo: Th Iron Man over a decade ago, I honestly had no hope for the foreign Horror movement. Some give that film praise, I found no interest in it whatsoever. Since then, more have been coming out from China, Japan and Hong Kong that have been quite impressive in the later years. Ichi the Killer remains one of my favorites of all time. They have always been twisted in content, but have started to progress in many other ways and rise to the forefront of Horror Cinema. Some are even being re-made by Americans (Ringu/The Ring, Ju-On/ The Grudge and others). With this being said, I find the originals (as always) more pleasing. This film, Red to Kill, stands out in its own way.

Of course, it sticks with the brutal subject matter, such as the rest of them (not to mention the graphic Anime, such as Bible Black). This film goes into a realm that I personally have never seen attempted by Asian Horror… Into the courtroom. I thought this was awesome in a sense that it gives you a taste of reality, instead of overlooking it. In this film, the Rapist is caught, tried and gets off (such as Are You in the House Alone and Eye for an Eye) by the clever words of his determined and loud mouthed Lawyer. This fact sucks, but that is usually the case. The Lawyer convinced the Jury that she seduced him, along with other patients in the facility. 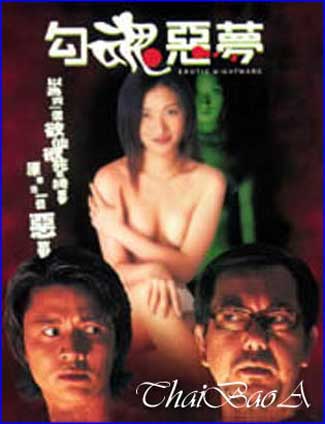 A mental patient (among many others), Ming Ming, is the main victim throughout the film. The very beginning is a brutal montage of angry screaming by many, the first rape victim and a falling from a high building window that ends quite messy. After that it starts off kind of slow, but starts to violently kick in after a while. There is also a dramatic undertone that starts to surface as the plot unfolds. This was something else I really enjoyed. I am use to seeing violence, non-stop… which is cool, but the drama added another layer of atmosphere and suspense untouched by most (that of course excludes the almighty Stephen King). Especially in the foreign category. The category for this particular film is a three, which is the most extreme in the foreign film rating system. Be warned. 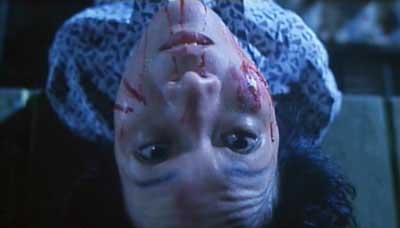 If I told you, the reader, who the psychopath of the film is, it will give away the first part of the mystery… so I will not. What I can tell you is the motherf*cker does not like the color red. When he sees it, he goes ape sh*t on usually the woman that is wearing it. Red shirts, red shoes, red nail polish, red lips, red dresses and red panties. He eventually sets his sites on Ming Ming and begins to fall in love with her. He even warns her about his hatred for the color, just as it became too late. He tells her that he wants to have a baby with her and assures her sister the he would f*ck her to death. Somewhere along the line, he even becomes intimidated by her. Remember The Greatest American Hero (from the eighties… “Believe it or not, I’m walking on air…”) When he saw red, it took his powers away. When this dude sees red, he becomes powerfully angry against women. He’s like the American super hero’s arch enemy from Honk Kong. The cycle of red continues with the victim as well. 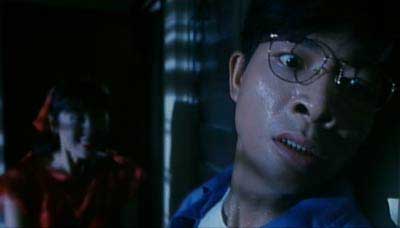 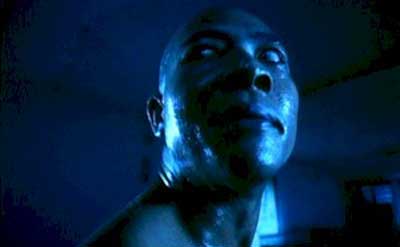 The Gore Score is quite high, but takes a little bit to get going. There is a gang style mobbing of a mentally handicapped person, which turns into a brutal beating with sticks and other objects. A torturous buzz saw death was pretty impressive. There is also art by H.R. Giger advertised a little, so that was a nice little bonus. 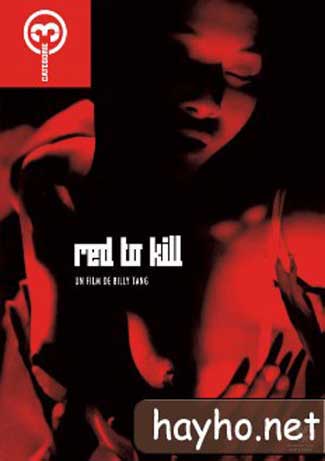 All in all, I thought this film is worth a watch if you can make it the entire way through, as most of the films I review have been and will be. Most of the acting is decent for a Hong Kong made film. The mentally challenged kids are very believable. Sometimes, over the top convincing. The Special Effects are good once the blood starts flowing and splattering. The lighting scheme is mostly a darker tint, with the contrast of red. Check it out. I give this film, Red To Kill, FOUR CRIMSON HORNS UP.