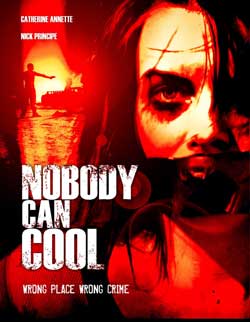 Nobody Can Cool is a suspenseful thriller of a young couple, Susan and David, who travel to the mountains for the weekend where they find their borrowed cabin already occupied by Len, and his pregnant girlfriend, Gigi, who have overstayed their welcome. Reluctantly, they all agree to share the cabin for the night. An uncomfortable evening amongst strangers turns ominous when Susan and David discover they’ve been locked in their bedroom by desperate fugitives. As Susan and David struggle to escape, Len and Gigi violently contain them while dealing the the aftermath of a mysterious crime. Tensions and secrets fueled by fear, greed and suppressed hostility bubble over within the couples, and the pending arrival of an unknown danger becomes a test of survival.

Nick Principe is best known as the masked killer in Laid to Rest, but that may change once casting directors get a load of his acting chops. Nobody Can Cool marks his first real leading role, and he steals the show. Standing at 6 foot 7 and covered in tattoos, Principe is immediately commands attention – but he’s also able to parlay that intimidation into his performance.”. As cool as the Laid to Rest movies are, he’s scarier and more charismatic in Nobody Can Cool than he ever was under the Chromeskull mask. 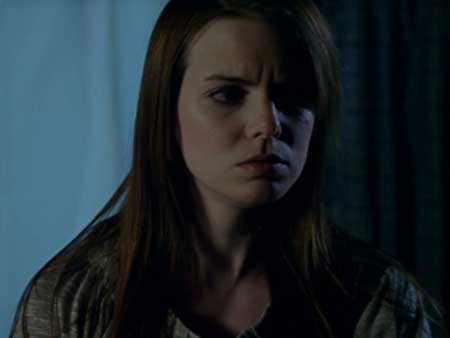 We meet David (David Atlas) and Susan (Catherine Annette), a bickering couple, on their drive to an idyllic cabin for a weekend getaway. Upon arriving at the remote destination, they walk in on a pair of strangers, Len (Nick Principe) and Gigi (Nikki Bohm), who spin a story about how they are without a car until the next morning. As a result, the four of them are forced to coexist for the night.

The awkward introduction is only the beginning of the discomfort, as it becomes increasingly obvious that Len and Gigi don’t belong and are up to no good. When Susan goes snooping, the fugitives hold her and David hostage in an effort to pull off their heist. Susan and David are trapped in the middle of nowhere at the discretion of the dangerous couple, but the power shifts several times along the way.

Nobody Can Cool can be thought of as Reservoir Dogs meets The Last House on the Left, with its own twists and turns. At his most vicious, Principe’s character brings to mind David Hess’ iconic portrayal of Krug in Last House. That said, Nobody Can Cool never reaches Last House’s level of gritty depravity, thanks to its avoidance of sexual assault and its smattering of humor, much of which stems for Principe’s Len. 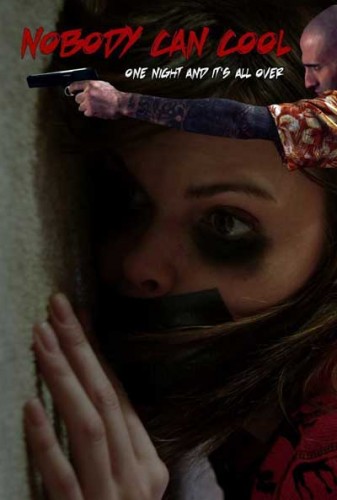 Taking cues from the successful independent films that came before it, Nobody Can Cool utilizes a single location, a short time frame and a small cast to craft an effective movie on a low budget. On the other hand, it does fall victim to common problems of such films. Namely, it’s a bit drawn out; a thriller of this nature should be taut and lean. Furthermore, the victims aren’t particularly likable, and their some of their unrealistic choices do not help matters.

Nobody Can Cool marks the impressive debut of DPYX, the singular name adopted by the writing, directing and producing duo made up of Marcy Boyle and Rachel Holzman. Their unique vision is brought to life via moody cinematography by David Starks, whose photography is generally sleek but also utilizes handheld close ups with sharp focus to amplify the impact of intense action sequences.

Nobody Can Cool is a provocative thriller that maintains an atmosphere of suspense and tension throughout its runtime. In addition to advancing Principe’s budding acting career, the effort shows great promise for DPYX as filmmakers. 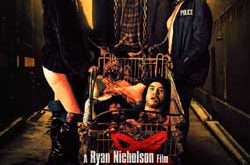 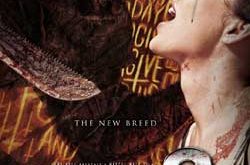 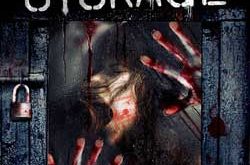 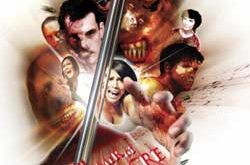