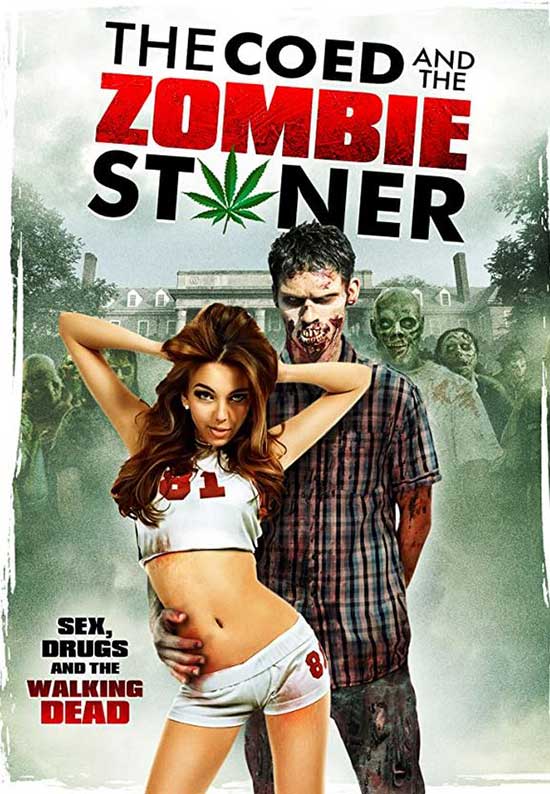 When a nerdy sorority girl falls in love with a zombie, it’s only a matter of time before a zombie apocalypse is unleashed on campus. The sorority girl discovers that weed is the cure–now she must smoke out the entire school before it’s too late.

It was released by The Asylum. They are known for their “mock-busters”, which are movies designed and titled to take advantage of hype over big-budget blockbuster movies. Unfortunately, The Asylum films use sub-par CGI and a handful of “stars” who may have had a career ages ago. What the viewer gets is often inept or, if they are lucky, something so mental that it becomes entertaining in spite of itself. 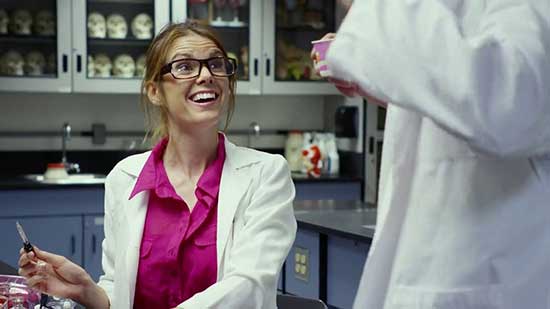 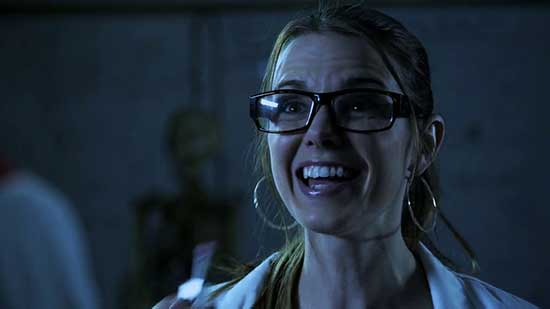 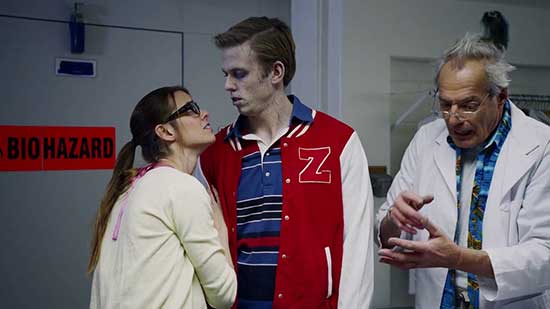 Since they have started, they have branched out into more original movies that still follow popular trends in films, but, more often than not, the films are low-budget and low-brain activity events.

I’ve watched some of their movies. Well, usually suffered through them. I won’t hold all of them against the company. Just “I Am Omega”. That is 91 minutes of my life they owe me for.

“The Coed and the Zombie Stoner” attempts to blend drug humor, zombies, and sex comedies into one happy package.

Chrissy is a nerdy college student whose enrollment in school is threatened when the bitchy leader of her sorority, Bambi, promises to kick her out of the chapter’s house (which will cause Chrissy to lose her scholarship as well) if she doesn’t come up with a frat boyfriend in 24 hours.

What can a poor, science-obsessed girl who suffers from verbal diarrhea do?

Lucky for her, she discovers that the science lab where she spends most of her time has been hiding a former lab assistant whose place she took. It seems Rigo who loved experimenting with unique strains of marihuana, got so stoned that he accidentally used a life-extension chamber for a shower and turned himself into a zombie. As long as he stays stoned, his undead rage and human-eating habits stay under control. 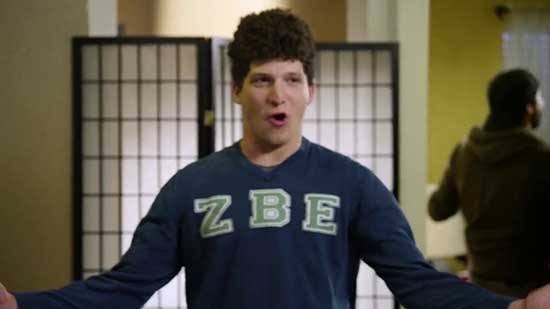 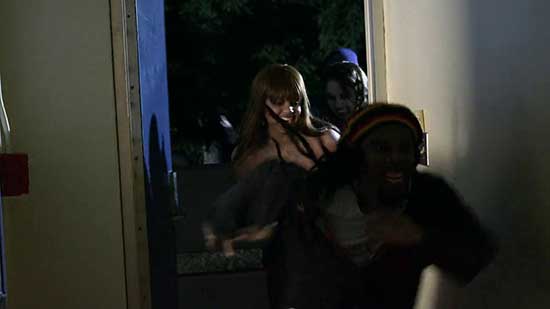 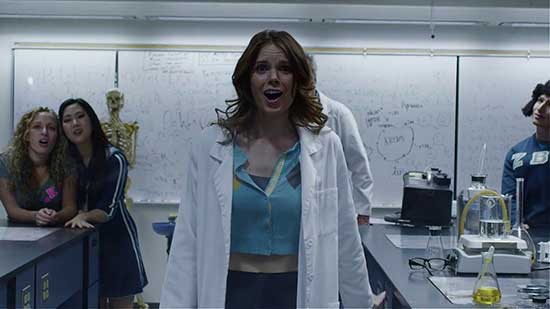 Don’t think about it too much, and it might make sense.

Chrissy gets Rigo into a frat and passes him off as her boyfriend. Not only does she save her scholarship, but she begins falling in love with the undead dude.

Unfortunately, during a party, Rigo is pushed into a fight, and he bites someone. Suddenly, it is zombies gone wild on campus! Can Chrissy save the love of her life AND stop the zombie outbreak from wiping out humanity?

What do you think?

The film crams nearly every scene with what The Asylum seems to think is comedy. It wants you to have a good time. Horror/zombie film references abound. Throwaway gags bombard the viewer. Graphic violence splashes before the camera. Ample nudity is also tossed into the mix.

“The Coed and the Zombie Stoner” wants so very much to copy the over-the-top manic energy of the best Troma films as it relentlessly assaults the viewer with its “everything but the kitchen sink” approach.

In the end, it is just tiresome. The pace is non-stop. The characters are grating. The situations are convoluted. Worst of all, the jokes are not funny or even groan inducing. Before the film even got to the big zombie assault near the end, the whole thing felt like fingernails being scraped across an old-school chalkboard. 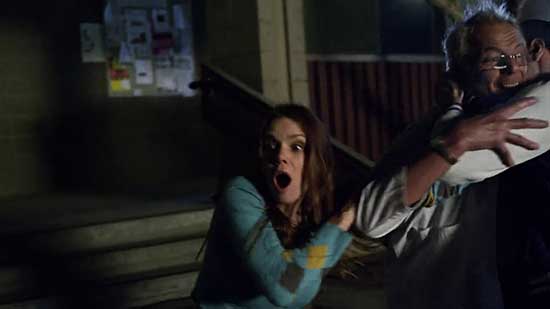 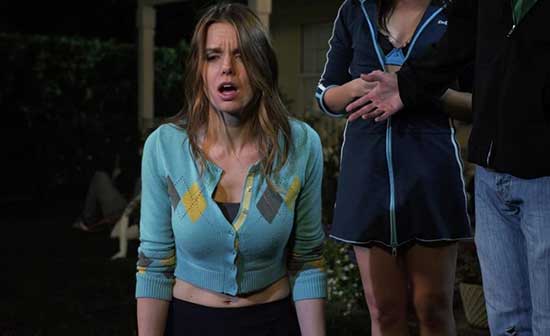 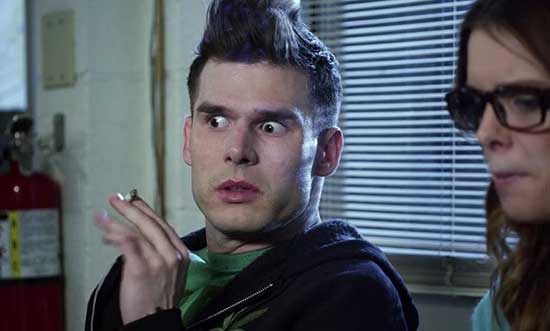 I cannot fault the actors. They try their hardest, and every one of them certainly seem game to camp up the proceedings. The script and direction fail them at every turn. Even with a cast packed with very lovely women who flash skin almost as often as they practically scream their dialogue, the movie leaves the viewer feeling bludgeoned within an inch of their lives.

The only two elements came close to making the film bearable. One is a scene during Chrissy and Rigo’s courtship where she teaches him to dance. There was a bit of charm to the scene which allowed the film to stop for a moment and focus on the actual characters. For a moment, there was a glimmer of hope, but it quickly died, like every joke in the movie.

The other interesting thing in the film happened to be one of the dorky frat boys. He resembles a young Howie Mandel. Interesting to see. That’s all.

A supposed comedy more braindead than the zombies that inhabit the film, “The Coed and the Zombie Stoner” only has the bare skin of its female cast members to recommend it. As a result, The Asylum only owes me 89 minutes of my life back for “I Am Omega”.