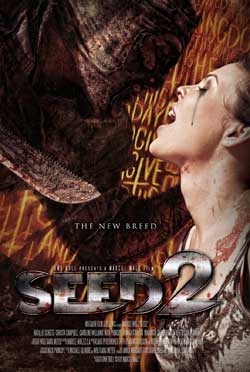 Coming back from her bachelor party in Las Vegas, Christine and her friends are driving through the hot desert of Nevada. But they are not alone – serial killer Max Seed is back and he brought the whole family.

When you sit down to watch Seed 2 (aka Seed 2: The New Breed or Blood Valley: Seed’s Revenge), I advise that you come prepared. The opening scene, as the opening credits are still rolling, brings us a huge, bloody, masked man essentially raping a girl with a revolver. Yeah, it’s gonna be like that. Of course, looking back and seeing that not only is the movie directed by Marcel Walz (a name you might know from La Petite Mort or Klischee), but the effects are done by none other than Ryan Nicholson (Gutterballs, Hanger, Live Feed, to name a few), I shouldn’t have expected any less. But then we get to the movie… 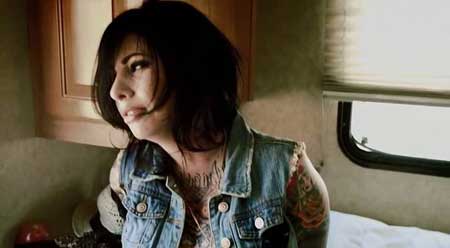 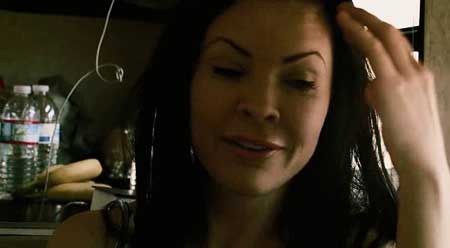 I’m going to start by saying this: underneath it all, there is a really cool story in Seed 2. It is creepy and horrifying in that “I don’t know why this is happening, but it is,” original Michael Myers type of way. There are (of course) some great gore effects in here. And some of the acting isn’t so bad, either. But the way this movie was put together drives me crazy. Technically, it is a variation on the idea of four pretty girls taking a road trip and getting stuck in the middle of nowhere and now a sadistic killer is after them, only with some original elements that would make it rise above the bland and boring of the subgenre. But then someone decided to try and be fancy with the editing.

Let me start at the beginning. After Christine’s (Natalie Scheetz) bachelorette party in Vegas, she and her friends Barbara (Sarah Hayden), Claire (German horror actress Annika Strauss), and Olivia (Christa Campbell) make their way in an RV back to Chicago. But for whatever reason, they keep stopping, first to camp, later to pick up a shady hitchhiker guy, and then to pick up a woman (Manoush, one of a couple actors in both this and the recently reviewed Game Over, and pretty much reprising the same role here as there) wearing an Iowa police uniform in the middle of a Nevada desert. Can’t we all guess that things are going to go bad for these ladies? 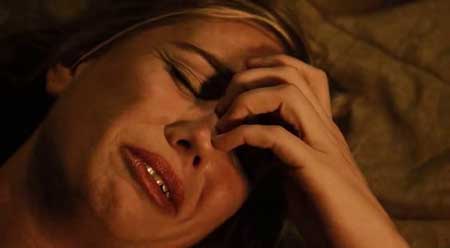 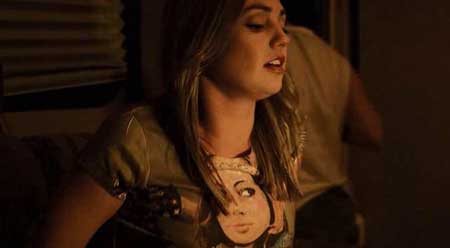 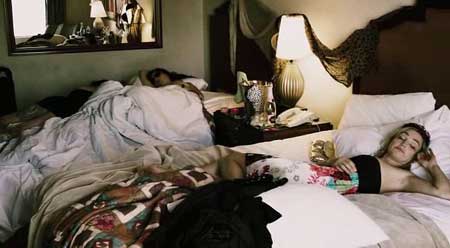 The problem isn’t that we have a fairly predictable storyline that seems to borrow heavily from The Hills Have Eyes (or any number of other slasher movies featuring people stranded in the middle of nowhere). And it’s not that the killer (Max Seed, played by Chromeskull himself, Nick Principe) seems standard fare for these types of movies, another Leatherface or Jason or Michael Myers with a different costume on. And it’s not even that Caroline Williams (Stretch from Texas Chainsaw Massacre II) gets top billing but is barely in the movie.

What drives me crazy about Seed 2 is that, for whatever reason, scenes are thrown in at random in what I assume is an attempt to build suspense, but in a way that makes the movie a pain to watch. It’s fine that the opening is a scene from later in the movie, that’s a classic storytelling trick. So we cut to “One Day Earlier,” followed quickly by the cop leading two wounded girls at gunpoint through the desert, then back to a scene just after Christine must have told everyone something shocking, followed quickly by Seed following a naked girl through the sand, and then back to Christine getting grabbed by seed in the RV while Barbara listens to music. It gets to the point where I wrote in my notes that some of these were dreams, then had to go back and scratch out those incorrect notes. 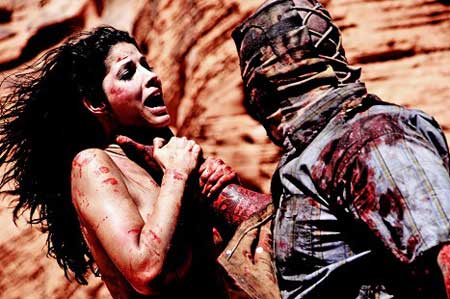 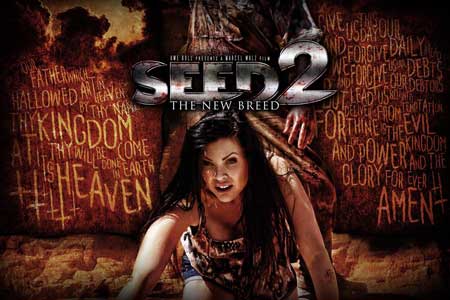 As is, Seed 2 has some pretty nasty, gritty gore scenes, some brutal kills, some weird religious imagery, and a kind of cool twist, all put together in a nearly unwatchable way. The reason this makes me sad is that it is shot well, it’s a cool idea, and if it had just been put together in a coherent, linear fashion, I think the boo-birds would have never picked on it. The technique of rearranging the timeline can work, as has been proven in numerous other films, but it is not employed correctly here. So I say, yes, see this movie, because it’s still worth your time, but go in knowing that you may need to pause and regroup for a second, and not in that slick, intelligent kind of confusion, but rather in that “did the editor screw up?” kind of confusion.