I’d first like to go on record as stating I’m far from a fan of ‘found footage’ films. I find the end result is dreadfully nauseating, lacks focus and like many other ideas in horror it’s been bludgeoned to death resulting in a disdain for the saturated. The attempt to capitalize on a popular market of reality television is evident, yet I find these films for the most part lack any kind of soul, originality or effective scare tactics. That being said I’d like to add that Lucky Bastard is no question an innovation apart from the norm in its relentless refusal to give up on a dwindling genre. 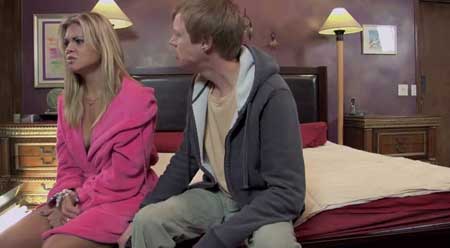 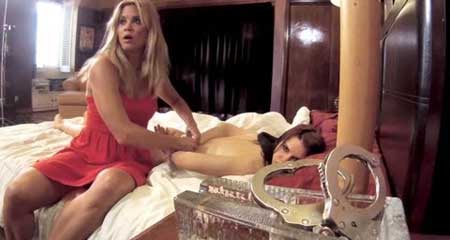 The concept of delivering fear to coincide with fantasy is brilliant. Writer Lukas Kendall along with co-writer/director Robert Nathan should be commended for their vision of exploiting an idea that is often overlooked. You may be familiar with Nathan’s work without even realizing it. He has several credits on his resume for writing episodes in Law & Order, ER and Law & Order Special Victims unit. With such high caliber credits as a feather in his cap it’s no wonder how this production is executed with such finesse.

Perhaps most impressive is the opening credits and the immediate role of police crime scene footage. The tape is grainy and distorted, ye the viewer expects it and does not run the risk of losing their popcorn as a result of a shaky picture. It’s subtle yet enhances the authenticity of a clue in something has gone dreadfully awry. 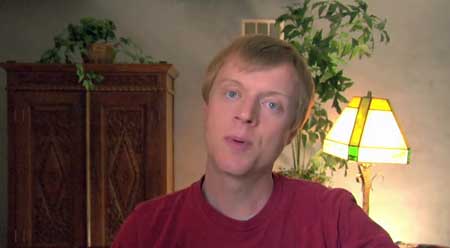 Fade into the past before that ill-fated evening, some spot on character development is utilized. We’re introduced to Mike (Don McManus) who is the pioneer and visionary behind the Lucky Bastard concept. His performance of a sleazy website entrepreneur is convincing yet he’s likeable in an obscure kind of way. If you recognize Mike than perhaps you’d seen the episode of Seinfeld titled The Race, he plays Duncan, Jerry and George’s high school rival who persistently challenges Jerry to a rematch in a running race. Okay perhaps the reference dates me somewhat. McManus has also played in numerous other films and television ranging from Shawshank Redemption to Dexter and CSI.

We meet Ashley Saint, the single mother xxx starlet played by Betsy Rue. She’s a welcome addition to the ensemble who with no question raise the ayre of the young male demographic, among other things. Betsy owns the role of Ashley and we never second guess her portrayal through and through. She’s been all over the map as well from the remake of My Bloody Valentine, Rob Zombie’s Halloween 2 and Miss March.
Dave who’s played by Jay Paulson you’ll recognize from the television series Mad Men. His tortured character polishes off an impressive cast especially for an independent project. There is some tremendously uncomfortable scenes of course involving extensive nudity and controversy yet the cast deliver in spades. Lucky Bastard as controversial as the topic is suddenly becomes our guilty pleasure and we can’t wait to see what unfolds next. 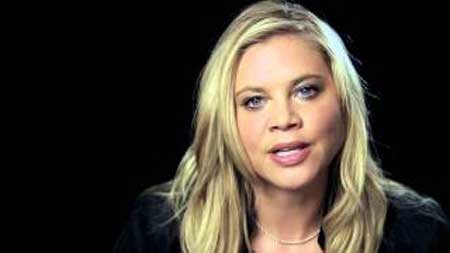 The first act is illustrated well depicting the vulnerability in Dave. We virtually adapt his anti-social behaviour and awkwardness. The tables are turned when he’s humiliated. Paulson truly ups the ante in some stellar, emotional performances are from the rest of the cast. Some memorable dialogue will undoubtedly raise the eyebrows of some and have some film aficionados quoting lines for years to come. 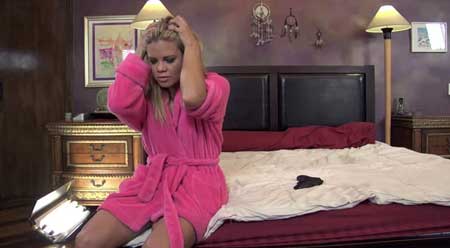 It’s obvious Lucky Bastard isn’t for everyone. If you’re looking for something a little different and aren’t too put off with extensive nudity and gratuitous sex scenes then I highly recommend giving it a try. The death scenes in their own right are disturbingly raw and primal contributing to a chilling climax. Some may argue the final act is far from the money shot and perhaps a little flat but then again I’ll allow you to be the judge of that. 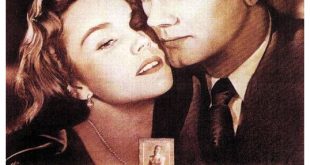