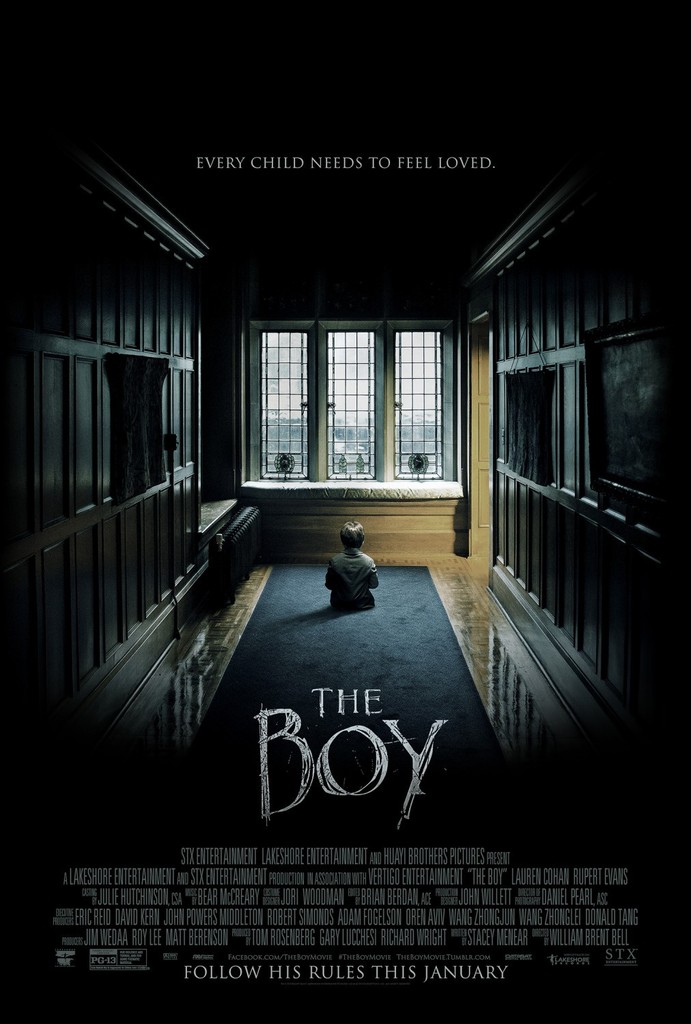 An American nanny is shocked that her new English family’s boy is actually a life-sized doll. After violating a list of strict rules, disturbing events make her believe that the doll is really alive.

Automatonophobia: The fear of ventriloquists dummies, animatronic creatures, wax statues or something that represents a being that appears to have emotions or perceptions.

Pediophobia: The fear of dolls.

I, dear acolytes, suffer from both of these phobias. Sometimes, cripplingly so. I’m not too sure how/why I became so frightened of Barbie, Raggedy Ann and all of their wicked little brethren, but I suppose certain episodes of The Twilight Zone, Night Gallery, Tales From The Darkside and assorted other TV shows didn’t help all too much (I still can’t watch the “Living Doll” episode of TZ. (Talking Tina is no joke!). But there were a few culprits on the big screen as well, films like Annabelle (2014), Magic (1978), the “KKK Comeuppance” story in Tales From The Hood (1995), Asylum (1972), and a few others really messed my psyche up. 1975’s Trilogy Of Terror is another one that will never find any shelf space on my various DVD/Bluray storage racks, the famed “Zuni Fetish” doll is responsible for nightmares that I have to this day. 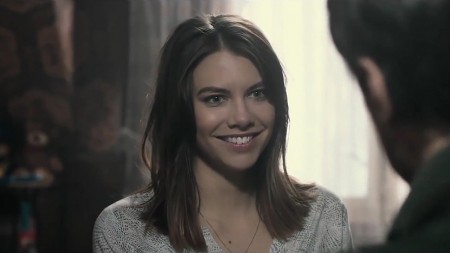 So you can imagine my reticence when news of The Boy appeared last year. The resulting trailers caused me no lack of ill ease, and my so called friends (yeeah, I have a couple of ’em) reveled in the knowledge that I had to go see it. See it, and probably soil myself with fear. But, with a great deal of resolve, I anxiously awaited the day the film was to be released. Because I was going to see it, by myself, early in the day (when there are barely any patrons in the theater I frequent). I was gonna conquer this beast that had been taunting me for months, and walk out of the theater with my head held high!

Or at least I hoped so anyway… 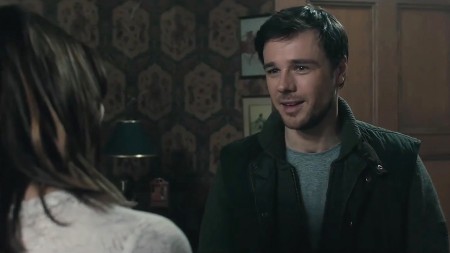 Greta (Lauren Cohan) has been hired by the Heelshire’s (Jim Norton & Diana Hardcastle) to watch over their young son, Brahms, as they embark on a long overdue vacation. But, much to Greta’s amusement, young Brahms is a life sized, porcelain headed doll. After realizing that they’re not joking, Greta is given instructions on how to care for Brahms which include specific activities that must take place at specific times. Greta also meets Malcolm (Rupert Evans), the local grocer who not only delivers food to the Heelshire’s, but helps around the estate a bit. There’s an immediate attraction between Greta and Malcolm, but Greta has just broken up with an abusive boyfriend, Cole (Ben Robson), and she’s a bit reticent to start another relationship so soon afterwards. 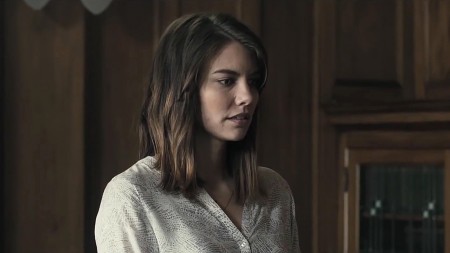 The Heelshire’s leave the following day, and Greta immediately ignores all of their detailed instructions in handling their “son”. She spends much of her first day on the job sleeping, drinking wine, reading magazines and making long distance calls to her friend back in the states (the film takes place in England, but was actually lensed in Canada). But slowly, Greta starts hearing odd sounds, and it isn’t too long before it looks like Brahms is actually moving every so often. Not a lot (Brahms is no Chucky), but his slight movements are noticeably creepy. Malcolm comes over daily to help Greta out, and as he awkwardly flirts with her, he slowly imparts his knowledge of the tragedy that befell young Brahms and how his parents decided to cope with the loss of their only child. Greta is suitably disturbed after hearing it, but she’s more disturbed after getting locked in the attic overnight by something (or someone). Add that to Brahms increasingly larger movements, and Greta becomes convinced that something is really wrong. Either Brahms is alive, or there’s a ghost that’s making trouble for her. She even manages to convince Malcolm that Brahms is indeed alive, or being manipulated by something else. She then begins to take care of Brahms exactly as instructed. All of this comes as a hell of a surprise to Cole, who’s followed her all the way to England to bring her back home. But she knows that Cole will just abuse her all over again as soon as they get back, so she asks Brahms for help in getting rid of him. 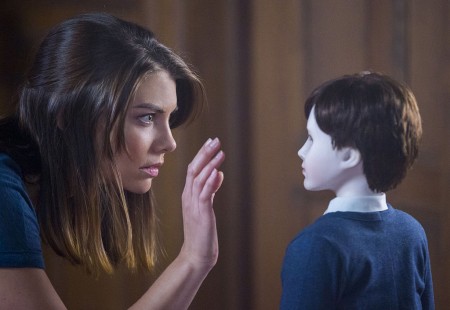 Which leads us to the film’s third act, which I won’t reveal to you here. Suffice it to say that it takes the brunt of its denouement from a cult TV film of the 70’s (1974 to be exact), but sadly that just leads to more questions than answers. Technically, there’s very little that’s wrong with The Boy. It looks good (Cinematography by Daniel Pearl, who lent his magic to both The Texas Chainsaw Massacre (1974) and its remake in 2003). Bear McCreary’s score is acceptably creepy, and Brahms design (by the always dependable Todd Masters) is suitably disturbing. Director William Brent Bell (director of the execrable The Devil Inside and the laudable WER) does a fine job of keeping everything chugging along just as they should. Cohan & company fall into their roles with ease, and are believable also. The biggest problem here is Stacey Menear’s script, which was really compelling for the first 2/3 of the film, but settles on some really shopworn tropes during the final third. And that’s too bad, because The Boy was really working for me for awhile. Its pervasive eeriness in the early going did wonders for keeping me on the edge of my seat, but once it decided to slide into “Been There, Seen That-ville“, it pretty much obliterates all of the creepiness it worked so hard to earn.

And for the record, if the dolls don’t run around or say “I’m going to get you” (Talking Tina was such an irritable little crank, wasn’t she?) – then they really don’t scare me all too much. Brahms started out as a real contender in the race to keep me in perpetual fear of dolls and their kin, but in the end he just couldn’t go the distance.