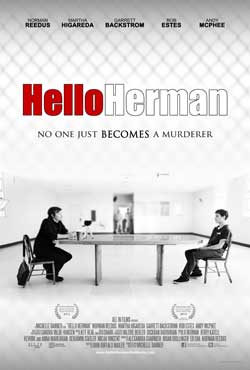 Set in the not so distant future, in Any Town USA, sixteen year old Herman Howards makes a fateful decision. He enters his suburban school and kills thirty nine students, two teachers, and a police officer. Just before his arrest he emails his idol, famous journalist Lax Morales, sending him clips of the shootings captured with Herman’s own digital camera. In the clips Herman tells Lax, “I want to tell my story on your show”. Lax, haunted by his own past, is now face to face with Herman. The movie explores why and how a massacre like this can happen in our society, desensitizing in America, youth violence and bullying, the impact the media has on our individual quest for fame, and ultimately our need for connection.

A family acquaintance once asked my father why he allowed his offspring to watch such violent, bloody movies.  I recall Big Bob’s answer as vividly as if I was still sporting the Oshkosh B’gosh jeans and a terrible crew cut from my grandpa:  “Horror films teach kids the most valuable lesson they can learn.  That monsters do exist.” 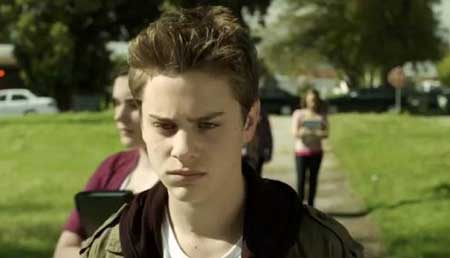 The old man had a point.  My siblings and I were the last youngsters you’d ever catch crawling into a stranger’s van for promised candy.  What our immature minds imagined lurking within was outrageous and impossible, of course, but no more unthinkable than the turns reality can take with one wrong decision.  As we age, the fictional demons are less of a warning and merely a means of escaping the images flooding the evening news, which has become the true horror show.

School shootings have reached a near epidemic level in the United States, with an entire nation at odds in their speculations as to which direction(s) the collective finger of fault should point.  Michael Moore’s blistering documentary “Bowling For Columbine” in 2002 covered many of these bases and remains a potent and insightful work to this day.  Gus Van Sant’s “Elephant” a year later depicted a fictionalized (yet very similar to Columbine) massacre with intimate strokes, following a group of students, including the shooters, in almost real time shortly before and during the attack.  Though I have yet to see 2011’s “We Need to Talk About Kevin,” which focuses on the parents of a young mass murderer, I’m going to assume that it’s depressing as hell.  This is not a fun topic. 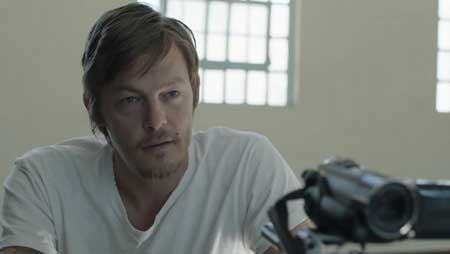 Based on a play by John Buffalo Mailer (who wrote the screen treatment) and directed by Michelle Danner, “Hello Herman” begs the same questions that have been plaguing this country for decades, while delving into the motivations of it’s title killer.  What could a sixteen year-old possibly be thinking whilst slaughtering 39 peers and two teachers with an automatic weapon in the school gymnasium?  It’s a fascinating concept, handled with the subtlety and nuance of John Waters shooting a foot fetish scene by Danner and Mailer.  What could have been a deep exploration into a broken psyche is so ham-fisted in presentation, the entire production is an insult to its very subject matter. 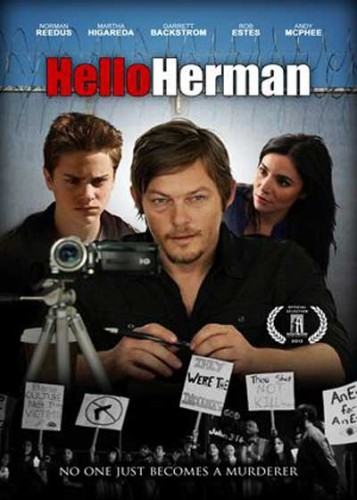 We are introduced to Herman (Garrett Backstrom) on his way to school the day of the shooting.  In one of the less obvious bits of foreshadowing, he stops a ball for a little girl as she is about to chase it into the street.  That same morning, blogger Lax (Norman Reedus, “The Walking Dead”) awakens to a video message from Herman, recorded and sent in the middle of his assault.  Yes, you read correctly.  He took time from assassinating his peers to e-mail a selfie vid.  Though this ridiculous premise already put a dent in the film’s credibility, one must forge on.  Herman offers an exclusive interview, just the break Lax has been looking for in his sagging career.  The teen has his own reasons for picking this particular journalist, to be revealed (unless you’re paying attention during Lax’s nightmares) throughout their meetings together.

Set in the immediate future for no apparent reason other than to introduce an asinine “televised execution of a minor” conceit, the movie weaves the core  interviews with nearly ever other thematic device known to man.  We learn of Herman’s empty home life after the death of younger sister Julia, and of the abuse he suffered at the hands of popular bullies.  The incidents run the gamut of cliched torment, from classic bathroom swirlies to uploading an embarrassing YouTube video. In a blatant (albeit deserving) knock on right-wing media, a thinly-veiled Fox News program is interspersed, barraging us with conservative caricatures barking for the kid’s head on a platter.

Also detailed is the incident two years prior that haunts Lax and stalled his career, and also what intrigues Herman about him.  While investigating a white supremacist group undercover as a member, Lax was forced to injure a black child in a show of commitment.  Though we’re supposed to be appalled, the film makers soft-sell the moment to Lifetime timidity, playing like “American History X Lite.”  Completely unnecessary to any of these proceedings is the rekindled romance between Lax and fellow reporter Isa (Martha Higareda), who gushes over the opportunities that will open up for him.  Hooray for tragedy!  She is a vacant character, given less emotion than the talking television heads the film is trying to lampoon.  Or perhaps that was the idea?  I’ll be honest, friends.  By this point, I didn’t care whose side “Hello Herman” was on. 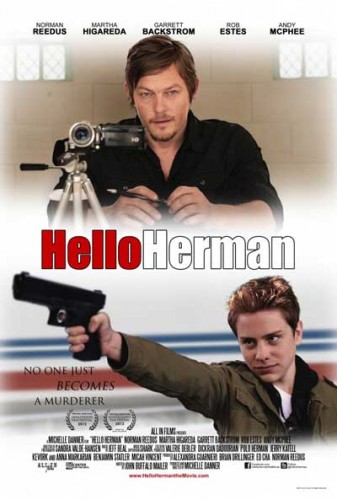 Absolutely nothing works here, from the performances on down.  Known for his weekly proficiency with a crossbow (but he’ll always be a “Boondock Saint” in my heart), Reedus meanders through the enterprise in what seems to be a hypnotic trance.  Steven Wright had more pep in his step as The Guy on the Couch in “Half Baked.”  Backstrom has potential as a budding actor, but the script bounces Herman from one emotion to the next with such abandon, no thespian could find any center to anchor a performance on.

The worst offense on both page and screen however, falls firmly on Ms. Danner’s own shoulders.  As Herman’s mother, her performance is so bizarrely inept, I can’t believe she’s actually served as an acting coach for larger productions.  Again, the overwrought writing (heavily present in her scene) takes a large chunk of the blame, but there is no denying Danner’s role as a co-conspirator after watching her shameless emoting.

So very much is wrong with “Hello Herman,” it’s easy to forget that the movie has (for the most part) earnest intentions.  Unfortunately, they’re buried under an obnoxious lefty vanity piece devoid of any charm or soul.  All I can think about is how pissed I am that I’ve run out of space to point out other things (the video game connection is hilariously mishandled) that I hate about it.  Watch “Bowling for Columbine” again instead.  Hell, watch “Ernest Goes To Jail” instead.  Anything is better than this. 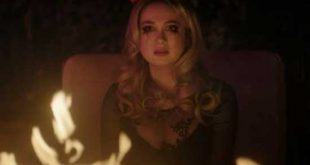