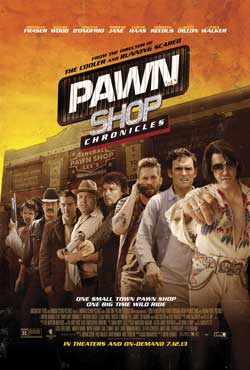 Pawn shops get alot of traffic from sellers, to buyers lighting the way for stories within stories that pave the way for items that have traveled afar. Director Wayne Kramer came up with a little ditty that has purpose, style, and dark humor. You might say, it’s a cult film that knows its intention. In the same way that a films like “The Big Lebowski ” travels from incident to character to story to dramatics, such is the way of “Pawn Shop Chronicles. You might even say it echoes a bit of “The Big Empty” in its delivery pattern. 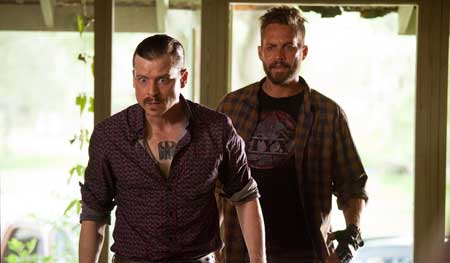 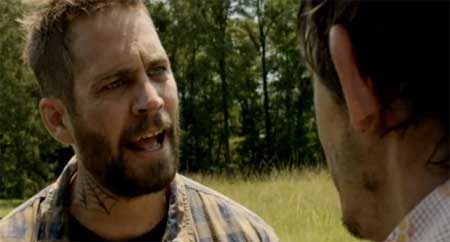 “Pawn Shop Chronicles” is quite a ride that seems to grow in intensity as it makes it way thru its entertaining subplots. While the humor here is dark, it is set up in a way that each unfolding story has a connection to the other. The films really reaches its darkest segment when husband Richard (Matt Dillon) discovers his wife’s long lost ring at this very same pawn shop. As Richard follows the breadcrumbs in search of the cretin who stole his ring, he not only gets what he was searching for, a but also uncovers a sex slave farm housing an entire collection of caged women. The details and violence of this segment has to to be seen to grasp its full purpose. 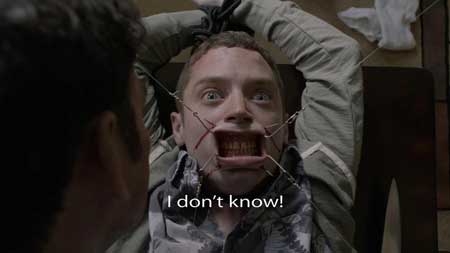 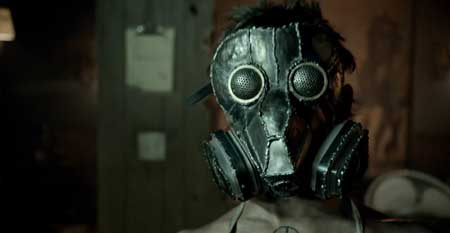 Alton is the owner of this store, that despite his constant bickering with a local black fellow (that hangs around too much) has quite a share of items coming in and out on a daily basis. Two fellows by the name of Raw Dog (Paul Walker) and Randy (Kevin Rankin) think they got things figured out until one of their friends Vernon (Lukas Has) sells the only shot gun they own.

Drugged out, hallucinating, and geared up to rob a local meth dealer, they take the idiots path by planning a robbery with nothing more than a bow and arrow. That would be the worst of it except that Raw Dog also ran their friend
Vernon over thinking that he stole $80 from his dresser drawer. 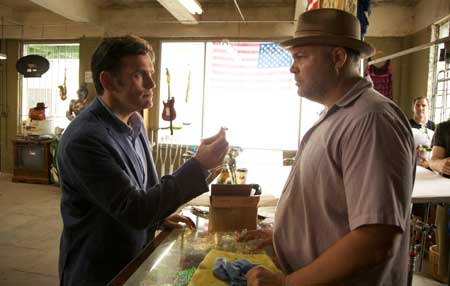 How about an Elvis impersonator (Brendan Fraser) who’s trying to get by with bad impressions and a worn out jumpsuit. Just as things get as bad as they can for this untalented goob, he manages to strike a deal with the devil turning a lousy performance into a life-changing stage show. Heck, we even get a brief appearance performance from Ashlee Simpson herself.

One of the movie metrics that caught my eye was that the film was stated as costing $5 million to make and yet only pulled in a gross of  $4,915. Surely some one has to write this off as a loss. Despite its lack of profit, the film really deserve some form of longevity that will come in time from word of mouth. The film is a keeper and offers alot under its roof to digest. Pawn Shop Chronicles is great entertainment designed to appeal to movie lovers who enjoy off the beaten path style films. I really recommend this one to viewers of cult cinema.