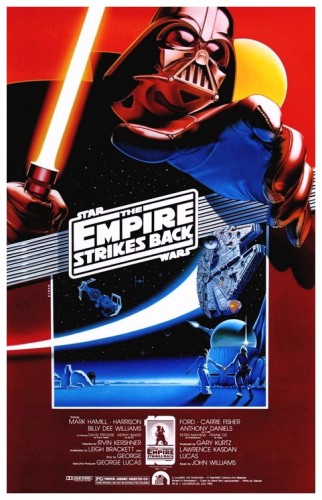 “The story of Luke Skywalker, Han Solo, Princess Leia and the others did not end with the destruction of the Death Star – it continues in The Empire Strikes Back. Imperial forces have since driven the Rebels to hide on the ice world Hoth. But even on such an icy, backwater world, they cannot escape the evil Darth Vader’s eyes for long, and he devastates the Rebel base in an assault with the Imperial AT-AT walkers. Luke flees to Dagobah to begin Jedi training with Master Yoda, while Han Solo, Chewbacca, Princess Leia and C-3PO run the blockade of Imperial Star Destroyers in the Millennium Falcon. The Imperials pursue them across the galaxy and eventually catch up with them on Bespin. Now Darth Vader plans to use them as bait to lure Luke Skywalker to him, and turns Han Solo over to Boba Fett as a prize to be delivered to crime lord Jabba the Hutt. Luke learns a terrible family secret after losing a swordfight with the Dark Lord. Will he – and the others – escape the Empire’s clutches?” (courtesy IMDB)

Written and directed by George Lucas, Star Wars IV A New Hope (1977) exceeded all expectations in terms of profit, its revolutionary effect on the film industry, and its unexpected resonance as a cultural phenomenon. Lucas hoped to become independent from the Hollywood film industry by financing Star Wars V The Empire Strikes Back (1980) himself with US$33 million from loans and the previous film’s earnings, going against the principles of many Hollywood producers to never invest one’s own money. Now in full command of the franchise, Lucas chose not to direct The Empire Strikes Back because of his other production roles, including overseeing his special effects company Industrial Light & Magic and handling the financing. 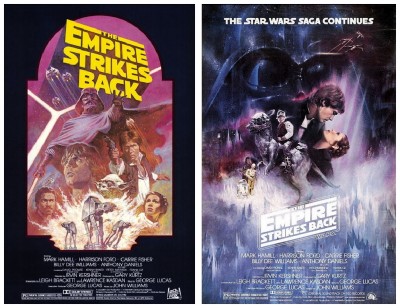 Lucas offered the role of director to Irvin Kershner, whose directorial debut was Stakeout On Dope Street (1958) financed by my old friend Roger Corman. Lucas explained he wanted Kershner because he knew everything a Hollywood director should know, without actually being ‘Hollywood’. Lucas commissioned author and screenwriter Leigh Brackett to write a first draft script based on his original story. Brackett started writing science fiction stories in 1940 and screenplays in 1942. Hollywood director Howard Hawks was so impressed by her novel No Good From A Corpse that he had Brackett co-write the script for his noir classic The Big Sleep (1946). 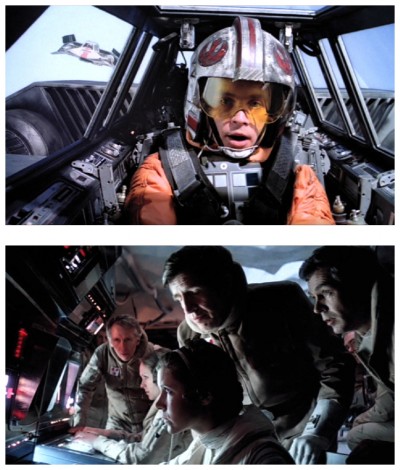 Hawks also hired her to write several John Wayne films including Rio Bravo (1959), Hatari! (1962), El Dorado (1966) and Rio Lobo (1970), and Robert Altman commissioned her to write his noir deconstruction film The Long Goodbye (1973). Soon after Brackett completed her draft of The Empire Strikes Back she sadly passed away of cancer, so Lucas wrote a second draft and hired Lawrence Kasdan to polish-up the script. After writing Raiders Of The Lost Ark (1980) and Continental Divide (1981), Kasdan went on to become a fair director himself, with The Big Chill (1983), Silverado (1983), The Accidental Tourist (1988), The Bodyguard (1992), and more recently he’s become involved with writing Star Wars VIII and Star Wars IX to be produced by the Walt Disney studios. 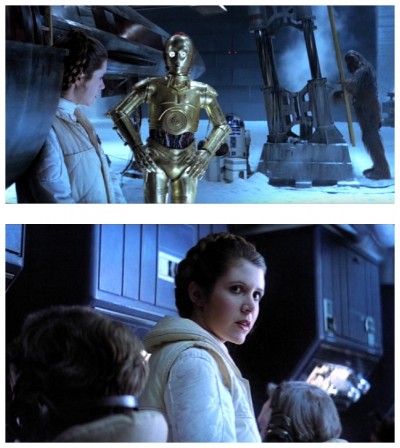 As The Empire Strikes Back opens, Darth Vader (David Prowse voiced by James Earl Jones) has tracked the rebels to the ice planet of Hoth, where they’re trying to defend their base. The base is attacked and destroyed, and our heroes scatter across the galaxy: Luke Skywalker (Mark Hamill) and his robot companion R2-D2 (Kenny Baker) are off to the swamp planet of Dagobah so Luke can complete his training as a Jedi knight under the ancient Jedi master known as Yoda (Frank Oz), while Han Solo (Harrison Ford), Princess Leia (Carrie Fisher), Chewbacca (Peter Mayhew) and C-3PO (Anthony Daniels) search for a safe haven to repair their spaceship, the Millennium Falcon.

They arrive at the cloud city of Bespin seeking sanctuary from an old smuggler friend of Han’s named Lando Calrissian (Billy Dee Williams). They soon discover Lando has betrayed them all and has sold them out to the Empire. By using his powers of the Force, Luke learns of his friends’ predicament, and leaves his training to go to their rescue. Once he arrives at Bespin, Luke falls into Vader’s trap and they finally battle face-to-face. Despite the huge amount of story that The Empire Strikes Back tells, and its position in the structure of the overall Star Wars narrative (being the middle part of the second trilogy), the film manages to bring the human characters to life much more than in any of the other Star Wars movies.

A big part of the credit belongs to writers Brackett and Kasdan in enabling the emerging love between Han and Leia, developing Luke’s fear of becoming a Jedi and the temptations of the dark side of the Force, Vader’s relentless search for Luke and, to a lesser degree, Lando being torn between betraying his friends and protecting the population of his cloud city. The hokiest aspects of the original are eliminated, reducing the roles of R2-D2 and C-3PO, and the characters are better developed, giving the film a cynical hard edge that happily lifts it out of the comic-strip/movie-serial realm. The action scenes seem fitting for a great war movie making combat look actually uninviting (for a change), and the action takes place all over the galaxy, giving the film an added ‘epic’ feel.

Another big part of the credit belongs to director Kershner, who is able to bring out performances that centre the human dimension more than George Lucas ever could as a director, making this the strongest film in the entire series. It’s certainly a more polished film than the first, with better dialogue and more spectacular special effects, yet it doesn’t quite have the raw vigour of its predecessor. There is something ever so slightly calculating about it, though it remains excellent entertainment, with its striding Tauntauns, the implausibly gnome-like guru Yoda, and its Freudian revelation that the villainous heavy-breathing Darth Vader might be Luke Skywalker’s father. That being said, one element missing is narrative thrust, and some may find the film a little too episodic. Part of the trouble too is that, although Star Wars came as a complete surprise, this time around audiences knew what to expect and, of course, they got it.

It may be hard to guess whether it would have been a better film if directed by Lucas instead of Kershner, but his signature is still very visible throughout the film, which Lucas is reputed to have controlled very closely indeed. As part of the twentieth anniversary celebration of Star Wars in 1997, The Empire Strikes Back was digitally remastered and rereleased with A New Hope and Star Wars VI Return Of The Jedi (1983). Lucas took this opportunity to make several minor changes to the film, including a full reveal of the Wampa snow-beast on Hoth, a more complex flight path for the Millennium Falcon as it approaches Bespin, digitally enhancing the interior of the cloud city and replacing certain lines of dialogue.

Most of the changes were small and aesthetic, however some fans believe that they detract from the film but, even with the improved special effects, their impact is in the background as the character arcs in The Empire Strikes Back are still the core of the film. I’ll leave the last word to Dante Hicks, as played by Brian O’Halloran in the Kevin Smith film Clerks (1994): “Empire had the better ending. I mean, Luke gets his hand cut off, finds out Vader is his father, Han gets frozen and taken away by Boba Fett. It ends on such a down note. I mean, that’s what life is, a series of down endings. All Jedi had was a bunch of Muppets!” And it’s with that thought in mind I’ll bid you farewell, and please join me again next week as we see what the postman leaves on my doorstep – and sets on fire – in Horror News! Toodles! 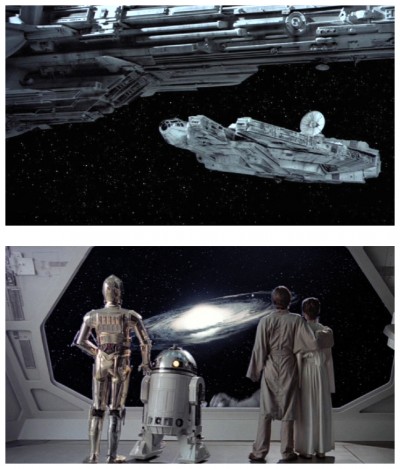