Home | Laughing Through the Scares: A Look At Horror Comedies

Horror comedies are hard to pull off. Despite some similarities in the genres, it’s difficult to find a balance between the screams and laughs. There are a variety of pathways from which to accomplish one, whether through reaction, satire or balls out craziness. However, the big question is how the classics in this subgenre accomplished it. 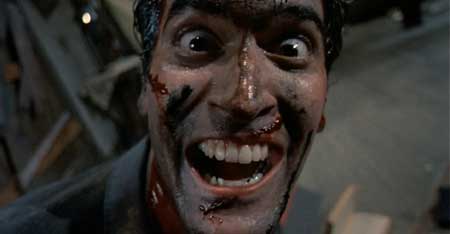 A lot of it may have to do with the simple fact that the two genres really aren’t that dissimilar. Whenever he’s been interviewed about his horror films, Evil Dead director Sam Raimi has always referred to the moments meant to scare his audience as “gags.” It’s a term that works for both laughs and scares. In terms of audience reception, both are quick emotional gut reactions to what’s going on in the film, whether it’s our protagonist taking a pratfall or our leading lady taking a chainsaw to the jugular.

Thus, combining the two genres into one mesh of goofy and scary isn’t that out there a concept. One of the earliest examples Abbot and Costello Meets Frankenstein presents the basic tenants of what makes a horror comedy work; bring ordinary yet humorous human characters (well as ordinary as Abbot & Costello could be) into a horror themed situation and have the humor come from their reactions to the scenario at hand. Every time the bumbling duo bumps into The Wolfman, Frankenstein or Dracula, the humor doesn’t come from the trio of monsters acting foolish. Instead, they’re treated as a totally serious threat, which makes Abbot & Costello’s reactions all the more hysterical. 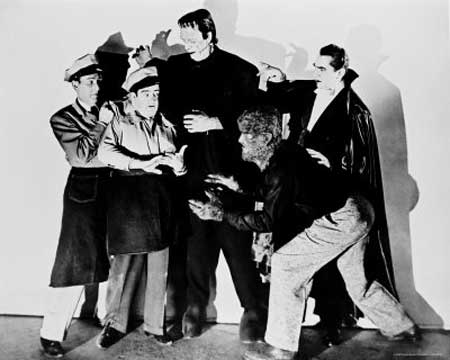 This attitude towards the subgenre is quite common amongst some of it’s most well known examples. In Ghostbusters, the horror is supplied by the serious minded ghosts while the comedy comes from Bill Murray’s snark, Dan Aykroyd’s wide eyed enthusiasm, Harold Ramis’ deadpan analysis and Ernie Hudson’s everyman befuddlement as this near-apocalypse of paranormal activity happens around them. The same can be said of other notable examples like An American Werewolf in London, Cabin in the Woods, Slither and Shaun of the Dead.

Contradicting that basic formula can lead to mixed results. If you have the jokes come from the supernatural characters, you may end up with something in the vein of Tim Burton’s Dark Shadows. Now, while that film didn’t work for many other reasons, one of the biggest is that the jokes centered around the vampiric elements just feel so tired. “Oh look! Johnny Depp’s brushing his teeth in the mirror, but he can’t see his reflection! How wacky!” It all comes off so stale and, above all, removes the supposed threat of the other more villainous supernatural characters.

Now, that’s not to say they’re aren’t great examples of making characters that are classically horrific funny. Far from it. Great horror satire like Young Frankenstein takes the familiar tropes of normally straight-faced horror and adds comedy in order comment on what had previously been done. When The Monster reacts in pain to The Blind Man spilling hot soup on his lap, the humor doesn’t come from the monster acting goofy. The humor comes from the monster reacting in a human (albeit silly) way to a situation we’re all familiar with. It reminds everyone that character ultimately is still human at heart. He’s made of human parts and is capable of reacting like a person would, which makes it all the funnier to see this creature we normally associate with terror doing something human. Other great examples of this type of satire include Tucker and Dale vs. Evil for the redneck horror stereotype and Behind the Mask: The Rise of Leslie Vernon for slasher films. 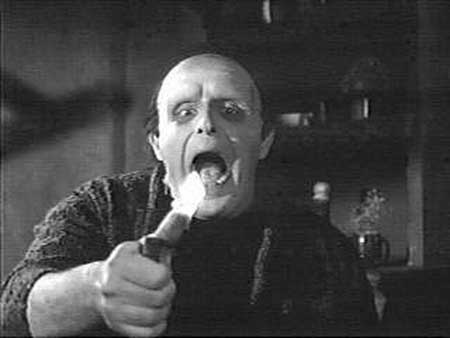 Hell, you can even make the monsters totally loony as long as it’s still horrific in a bizarre fashion. This type of horror comedy usually stems from just throwing as much weird off kilter horror stuff at the screen. Films like Gremlins, Dead Alive or even the recently released This Is The End stem more from this sort of school, throwing as much as possible at the audience and hoping it sticks. Here both the humor and the horror comes from the unpredictability of the sinister element, which has no real limits and could throw something beyond your imagination at the protagonist, to the point where it can become comical. Whether it’s the little vermin in Gremlins terrorizing a small town, the zombies in Dead Alive tearing apart the victims in the oddest fashions or the apocalypse in This Is The End breeding all sorts of unholy yet hysterical creations. 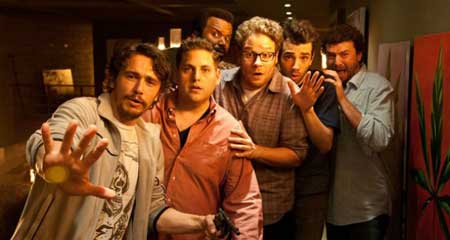 Now, despite all of these different styles, the crucial bottom line when trying to make a good horror comedy is simple; be funny or be scary. All of the above films at least managed to do one or the other. Hell, some of them even managed to be both. If the film isn’t at least horrifying or funny, it falls apart. So, hopefully we’ll see more successes and less Darks Shadows or Piranha 3DD in the future… hopefully.

Tags Abbot and Costello Meet Frankenstein An American Werewolf in London Behind The Mask: The Rise Of Leslie Vernon Cabin in The Woods Dark Shadows Dead Alive Evil Dead Ghostbusters gremlins horror comedy Piranha 3DD Shaun of the Dead Slither This is the End Tucker and Dale Vs. Evil Young Frankenstein