Been wondering where they were going to head with the promo for INSIDIOUS CHAPTER TWO and all has been answered with the release of the official one sheet for the film. 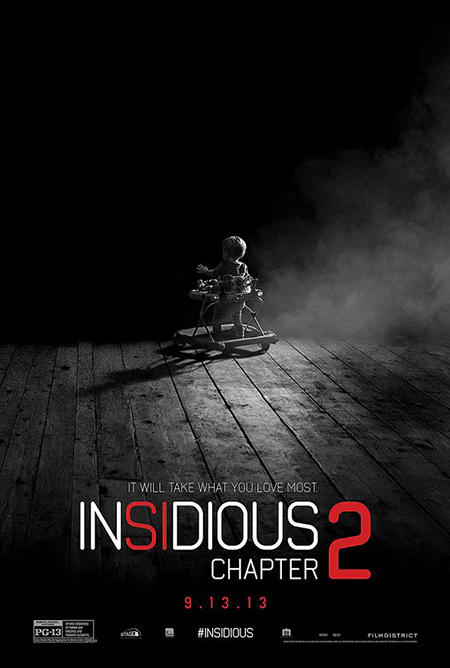 While that poster could spook anyone, if you have children or grandchildren that image is one of the most disturbing things you can possibly imagine.

The horror super team of James Wan and Leigh Whannell reunite to once again scare the living crap out of us and here’s how they will do it this time:

The famed horror team of director James Wan and writer Leigh Whannell reunite with the original cast of Patrick Wilson, Rose Byrne, Lin Shaye, Barbara Hershey and Ty Simpkins in INSIDIOUS: CHAPTER 2, a terrifying sequel to the acclaimed horror film, which follows the haunted Lambert family as they seek to uncover the mysterious childhood secret that has left them dangerously connected to the spirit world.

Here’s the trailer for you again, just because it’s so damn cool:

September 13th is when we all get to scream.