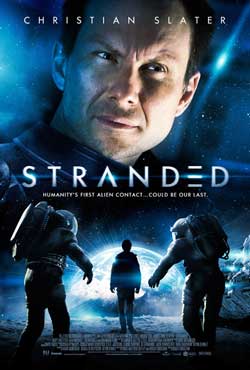 Four isolated astronauts on board a bio-dome space craft, experience a ghostly intercession after a meteor storm, leading to paranoia, fear and death.

Stranded is a typical sci-fi B-movie. Nothing too terribly great, nothing too terribly bad. What’s kind of fascinating is the impressive roster that it brings to the table. Let’s face it, Christian Slater and Brendan Fehr are no slouches. But add to that the director, Roger Christian. The guy won an Oscar for Best Art Direction – Set Decoration for Star Wars. Yes, the original Star Wars back in 1977. I think it goes without saying that this movie had my interest peaked.

To be fair, most of the above doesn’t really matter much if the script isn’t good. Great acting and directing can only do so much. And it’s here that Stranded falls a little short. The concept is a good one but not original. Think a cross between Alien and The Thing. Sounds pretty cool but here’s the problem. Those movies were so good that when you try to follow in those footsteps, you inevitably are going to come up with something that is subpar.

But as mentioned above, that doesn’t necessarily mean that Stranded is a bad movie. Honestly, it’s just a step above those Saturday night movies on Syfy. Which in the end means that this movie won’t be for everyone. If you like those movies, you’ll like this one. Hate them, then stay away. 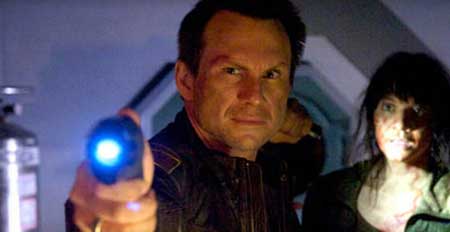 Stranded takes place on the moon, where a mineral exploration camp has been set up. The crew of four are near the middle of a year-long mission when suddenly the base is hit by a rogue meteor shower. They get hit pretty bad, losing their communications satellite and damaging their oxygen filters. Since their signal is lost, rescue will be coming, it’ll just take a few days. 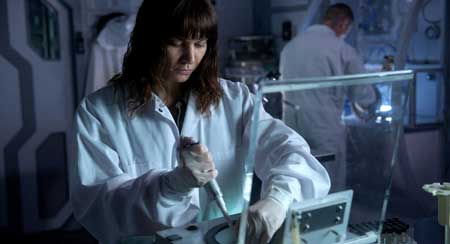 But all of the above is the least of their problems. You see, inside one of the meteors is a spore, and a real nasty one at that. It can replicate super quick, and once it finds a way into your body, well, it’s safe to say the results aren’t pretty.

Stranded follows the standard tropes as one by one the crew either falls prey or becomes paranoid of everyone or everything. There were a few plot surprises along the way, and I might be a little kind in that statement. I do have to give kudos to one of the death scenes, however. It was well shot, well acted and ended in one bloody mess.

Speaking of blood, the special effects aren’t bad for the budget. The CGI creature is all right, though I wish you got to see it a bit more. The way the plot progresses, however, prevents that from happening. Oh well. The make-up effects were well done, with sores and cuts oozing appropriate amounts of disgusting pus. Actually, that sounds icky just typing it. 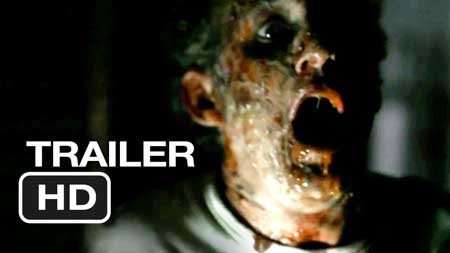 The acting gets an immediate boost from the cast. Christian Slater and Brendan Fehr are the names, but Amy Matysio and Michael Therriault hold their own. That said, the actors are never required to do too much as this is first and foremost a survival movie.

How about our Oscar winning Star Wars alum on directing duties? Not bad at all. There are only a few sets since they are confined in a tiny station but thankfully each time a room is revisited a new danger has reared its ugly head and the room takes on a different atmosphere. 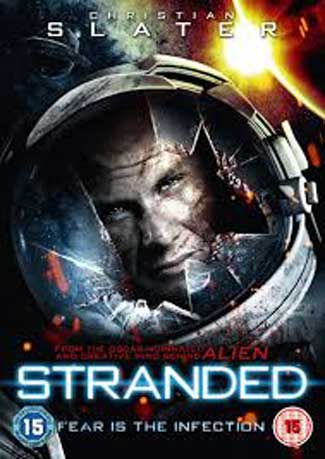 Overall, I would have to rate Stranded as a cheap rental. There’s some good parts here but be warned, you’ve seen this movie before. If you’re a major fan of the alien attacking people confined in a small area sub-genre, I’d say give it a go. Some will find it too much like everything else. You might not be able to predict who lives and dies, but you’ll probably figure out what happens in the end. If Stranded has a major weak spot, it’s familiarity. For me, it was fun just to watch a cheesy sci-fi picture. And sometimes, that’s all you want.

Stranded is now available on bluray Per Image Entertainment 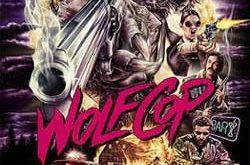