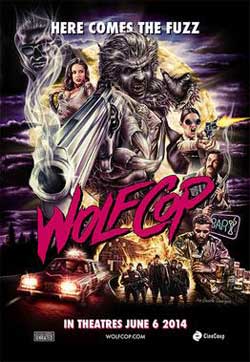 As a series of strange and violent events start happening, an alcoholic policeman realizes that he has been turned into a werewolf as part of a larger plan, so he investigates with the help of his partner and his friend.

The month of October arrived with a few new werewolf themed movies for all of us to grouse over (I use the word “Grouse“, because all we’re gonna do is compare them to either An American Werewolf In London or The Howling (both 1981). This month brought me three new ones: Wolves, Iron Wolf and the topic of this review, Wolfcop – which has the most buzz behind it. That buzz comes from its pretty hysterical trailer, which has been teased over the internet for the last few months. The poster art, which proclaims “Here Comes The Fuzz“, over some cool artwork, only made the film’s arrival something of a low budget event to people who dig this kind of thing. But as the first of the trio of mew wolf flicks I’m seeing this month, I was hopeful that Wolfcop was the harbinger of some extremely cool (& hairy) dread filled nights in October, even comparable to the two classic werewolf flicks of 1981 maybe?

Wolfcop tells the tale of Deputy Sheriff Lou Garou (Get it?), the most slovenly, lazy excuse for a sheriff there’s ever been. As the film opens, he’s late for work, getting out of the bed he’s just shared with a half naked woman, and drunk to boot. He hastily washes up, and gets into his patrol vehicle to drive to work, slipping and sliding over the icy roads as he continually sips from a liquor filled flask – he’s almost immediately unlikable. But as the film progresses, he becomes a genuinely likable character and as played by Leo Fafard, Lou begins to grow on you after awhile. He’s kind of a lovable lout in a W.C. Fields meets Dirty Harry kind of way. And Fafard already looks a bit lupine as the film begins, so he was well cast. 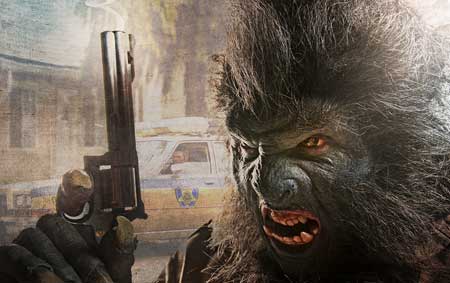 The reasons as to why Lou turns into a werewolf are a bit too convoluted to describe briefly. Let’s just say that they include aliens and some bad dudes that drink werewolf blood as a type of elixir (Like I said…convoluted), but they aren’t deal breakers. I mean, if you’re watching a movie called Wolfcop, then you probably aren’t too concerned as to the hows and the whys behind the titular character. You (just like me), are interested in some kick ass werewolf action, and while Wolfcop does eventually deliver some cool grue – it takes a little while for it to hit the screen.

Garou gets some help from his sidekick, Willie (Jonathan Cherry) and Cherry provides the biggest laughs of the film. He has a way with a line that’s pretty spot on hysterical, his comic timing is perfect as well. The two main female roles are essayed by Sarah Lind (as Jessica Barratt) & Amy Matysio (as Officer Tina Walsh). Both of them are cool in their roles, but they seem to be afterthoughts that come to the forefront whenever a little sex appeal is necessary. I especially liked the character of Walsh and wish there was a bit more flesh to her character, but neither of the actresses slow the film down much, the script does all of the slowing down you need. It’s not that Wolfcop is a bad movie – it isn’t. But its truncated length (79 minutes), doesn’t allow for a whole lot of character development. And while writer/director Lowell Dean really wants to push in a little characterization here, sadly all it does is slow the proceedings down to a near halt. Luckily, he picks up the pace later in the film when Lou gets into it big time with the bad guys. 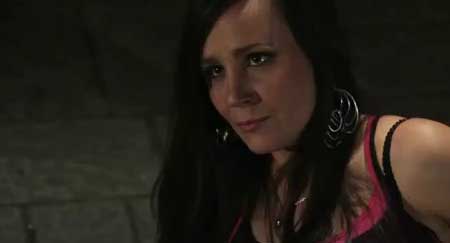 We all know that any werewolf flick worth its silver lives and dies on its transformation scenes, and although Wolfcop is an especially low budgeted flick – the makeup effects (by Emersen Wiffle) do a good job of making the idea of a werewolf wearing a cop uniform seem believable, as believable as it needs to be anyway. There are very few digital effects on display here and it looks like all of the werewolf transformation scenes were achieved using practical effects, and they’re fairly nice to look at. Speaking of looking, there’s one particular scene that will satisfy any questions you might’ve had regarding what a werewolf weenie looks like (if that’s something you’ve ever thought about before that is…). 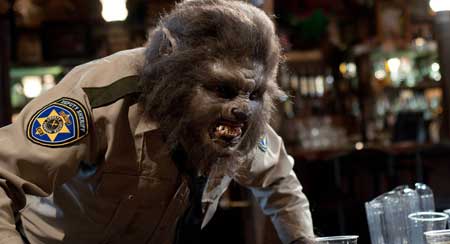 The bottom line here is that Wolfcop is the kind of movie that you’re either gonna love or despise, I don’t see a whole lot of middle ground here. It’s a horror comedy and while those two words are getting a lot more play as of late, that doesn’t make it any easier to make one – a good one anyway. There are some big laughs to be found here, but the low budget, shot on video look of the whole exercise demands nearly all of your focus. But it’s relative painless and despite its sloggy bits, it goes by so quickly that you’ll think you missed something. Wolfcop isn’t trying to re-invent the wheel, it’s just trying to take a wacky idea and make it entertaining. And by and large, it succeeds in doing just that. There is talk of a Wolfcop TV series & action figure as well as a sequel promised for 2015, so the idea definitely has legs (Hairy ones). Hopefully, a bigger budget will make the whole thing look/feel a little less amateurish next time around. 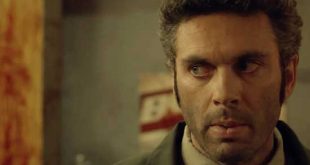 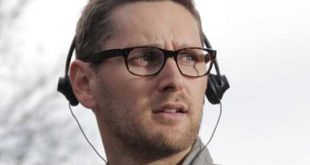