New Trailer For INSIDIOUS Chapter 2 Ramps Up The Creep Factor

The team of James Wan and Leigh Whannell have been giving us nightmares for years now and they are up to it again this time revisiting the whole gang from INSIDIOUS and it looks like things are gonna get creepy again. Got a press release hearalding the release of a brand new trailer and it’s some pretty good stuff:

The famed horror team of director James Wan and writer Leigh Whannell reunite with the original cast of Patrick Wilson, Rose Byrne, Lin Shaye, Barbara Hershey and Ty Simpkins in INSIDIOUS: CHAPTER 2, a terrifying sequel to the acclaimed horror film, which follows the haunted Lambert family as they seek to uncover the mysterious childhood secret that has left them dangerously connected to the spirit world.

Yeah, it’s rated PG-13 but that’s not going keep Wan and Whannell from scaring the living shit out of you. Check out the trailer below and keep it here for all the updates as we march towards this films September 13th debut. 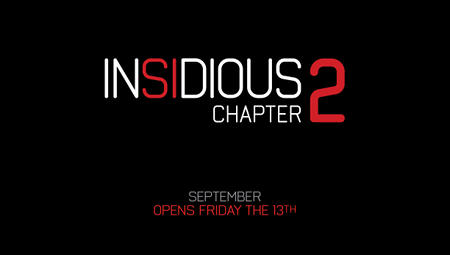